HomeEsportsHow to become a professional League of Legends player 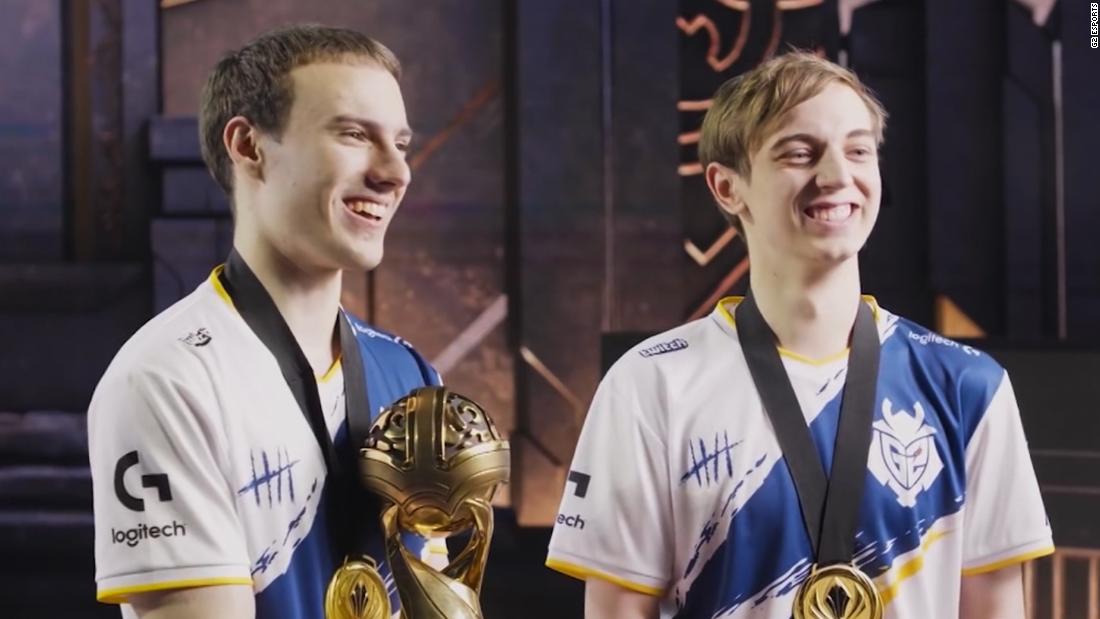 How to become a professional League of Legends player

(CNN) Luka “Perkz” Perkovic still remembers the first time he picked up a computer mouse and keyboard.
He was a toddler and had been watching his older brother enjoy the virtual world of video games before he finally got his turn.”I thought it looked really cool,” the 21-year-old told CNN Sport.”I didn’t really know what to do.” From that moment, things changed for the Croatian who has gone on to become one of the best League of Legends (League) players in the world.Now representing gaming powerhouse G2 Esports , Perkz is playing in the final of the lucrative Worlds 2019 — a global tournament that sees the planet’s best League teams come head to head.Read More READ: The elite military veterans nurturing the new generation of professional gamers
View this post on Instagram WE BEAT FNATIC ! This is an important win as we are looking very good for securing first place and beating them makes me excited for playoffs.

#lec #playoffs
A post shared by Rasmus Winther (@g2.caps_) on Aug 4, 2019 at 11:55am PDT
‘Next level addiction’ Perkz really became hooked during a spell off school after a period of health issues when he whiled away the hours gaming in his bedroom.Little did he know that this new hobby would soon become his profession.It wasn’t an easy path though.As he spent more and more hours honing his skills online, his grades at high school began to suffer which began to concern his parents.”I was waking up when my parents would go to sleep, to go play some more League.

So they had no know idea that I was awake during the night,” he laughed.”You know, it really sounds like real next level addiction or something right?” Even so a professional career playing never seemed doable with the esports boom seemingly so far away from his hometown in Croatia.

It wasn’t until he spent a summer playing a challenger series that both he and his parents realized the Perkz’s potential.Having joined G2 Esports in 2015 he now travels the world and his talents have seen him acquire a social media following reaching into the hundreds of thousands.

READ: Arsenal’s virtual Thierry Henry on the inaugural ePremier League READ: Esports player banned from tournament after calling for Hong Kong ‘revolution’ Luka “Perkz” Perkovic (left) and Rasmus “Caps” Winther (right).’Always seen it as a job’ It’s a route to the top that’s not unfamiliar to Perkz’s current teammate Rasmus “Caps” Winther who joined the team just last year.For Caps, 19, the idea of a professional esports career was always in the back of his mind having grown up in a gaming mad family in Denmark.His older brother was a professional Dota player which meant his parents were more sympathetic to his ambitions to make it in the competitive world of League, a game which he loved as soon as he picked it up.

“I think I’ve always seen it as a job,” Caps told CNN Sport, from the Red Bull Gaming Sphere in London.”Just because I’ve always aimed to be the best.I always knew that it takes.” Even before turning professional, Caps was having to sacrifice a lot at a young age to maintain his level.

Like Perkz, his grades began to suffer and Caps’ free time outside of school was spent in front of a screen but all the hard work paid off as soon as he stepped on the big stage.It was during a summer spent in Turkey where the Dane convinced both his parents and himself that this was where he belonged.”It was kind of like a surreal experience.

I still remember the feeling of making [the first] big play onstage,” he reflected.”You play so many League games […] and then to play a game where you actually hear people clapping and you can see people at the back of the PC.It just feels different.”
READ: Luxury brands are working with video games.Louis Vuitton is the latest JUST WATCHED G2 Esports’ Wunder, Mikyx and Jankos on Worlds Replay More Videos …MUST WATCH
G2 Esports’ Wunder, Mikyx and Jankos on Worlds 03:42 Online hate Although both young men are enjoying life as a professional game, such a career hasn’t been without its pitfalls.Just as fledgling soccer players have to adapt to life in the limelight, esports stars must learn to cope with criticism from an often volatile online audience.It’s a lesson that Perkz learned the hard way after facing a tirade of online abuse as he began to make a name for himself.Now adopting a slightly more considered online persona, there was a time when the 21-year-old was notoriously outspoken.

He blames his “trolling” for the backlash he received after enduring a difficult run of form in his first year as a professional.”It really backfired on me like really, really, hard, in ways that I think many people can’t even begin to imagine,” he said, saying the abuse had made him reconsider a career in esports.”I was getting blamed by thousands and thousands of people.I couldn’t even go on the internet because it would be such a mental devastation every time I would read a comment.

It’s a reality that Caps has also come to accept but fortunately for the players at G2 Esports, they can seek advice from its charismatic owner Carlos “ocelote” Rodríguez who, as a former pro, has helped his young gamers adapt to life in the limelight.Elite esports is very much a mental game and players are often encouraged to take time away from the screen to allow their minds to reboot.For Perkz, music is the tonic he needs to switch off.Having followed in his sister’s footsteps, he is a trained classical guitarist and is grateful to have a hobby so different from his career.”It’s kind of really changed me in a way,” he added.”It’s really relaxing for me to be able to have something [other] than League.” READ: She’s 13 and was born deaf.

Now Ewok is making history playing ‘Fortnite’
View this post on Instagram Still practicing asturias in free time, slightly better than a year ago 😎
A post shared by Luka Perkovic (@g2perkz) on Sep 21, 2019 at 9:30am PDT
Eyes on Worlds Both Caps and Perkz are now on the verge of doing something very special in the world of League of Legends.The current team has won every tournament it’s played in this year and is now the favorite to win the Worlds final on November 10 against Chinese team FunPlus Phoenix.

However, neither player is worried about the extra pressure that comes with the lofty expectations and both are aware they’ll be the ones to beat.”Yeah I can imagine, I think about it sometimes,” Perkz said when asked whether he thinks about lifting that glittering trophy on Sunday.”I think about it more of like a motivation to just keep going.Because seasons are long for me, every season is very long and very taxing.”.