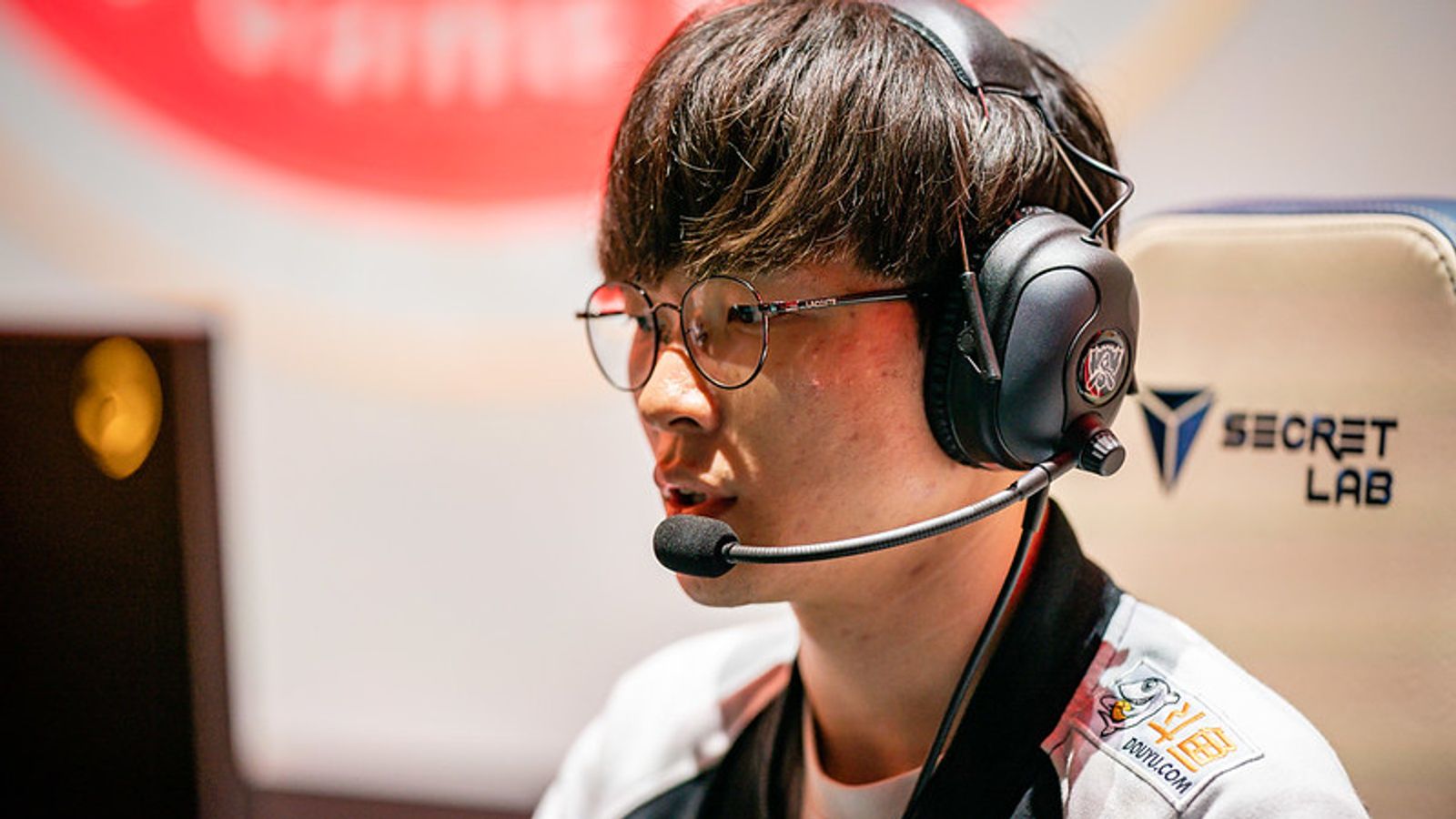 The highly anticipated League of Legends World Championship is finally here.After a gruelling week of play-ins, 16 of the world’s best teams have begun their battle for the Summoner’s Cup.
Teams in Group A will have to wait until tomorrow to kick off their Worlds campaign but Groups B, C and D have had an eventful day.From Faker ‘s remarkable return to Worlds to FPX ‘s shock defeat to J Team , here’s a round-up of all the action from day one of the Worlds Group Stage.Fnatic vs SKT Hylissang believes Fnatic have time to iron out their mistakes after losing to SKT (Credit: Riot Games)
SKT made their return to Worlds with a clinical victory over Fnatic in the first game of the group stage.

It was an interesting match from the outset as Teddy decided to play Kayle into Rekkles and Hylissang ‘s Garen and Yuumi – leaving Faker on the Tristana which proved to be incredibly effective as the Korean mid laner ended up with a 9/0 KDA.
The LCK top seed didn’t hold back as they secured every dragon of the game and bagged themselves 21 kills.
But Fnatic’s support Hylissang confesses that while he didn’t think his side were going to lose, he’s glad to get the mistakes out of the way early on.— lolesports (@lolesports) October 12, 2019
He said: “I have mixed feelings.I feel like we did alright but we had different expectations.It feels better that we lost because I don’t think we played well – we made a lot of mistakes.

I’m just glad that we made these mistakes early on in the tournament because we have time to fix them.
“I think SKT played well but I also think they played too slow.Even though we lost, I feel like if we were the enemy team we would have snowballed the game faster and took more fights than they did.They made mistakes too but we weren’t able to capitalise on them and punish them.
“I expect us to go far in the tournament but I can’t really say how far.First, we need to get out of Groups and if we get out of this group it says a lot in my opinion.” Royal Never Give Up vs Clutch Gaming RNG beat Clutch Gaming with ease in their opening game at Worlds (Credit: Riot Games)
Group C has been dubbed the ‘group of death’ but RNG are determined to get out of it alive after they obliterated Clutch Gaming with a 14k gold lead.
Clutch made a good start when Damonte baited Xiahou into his own jungle to secure First Blood with the help of Lira ‘s Nocturne.

But their luck more or less ended there as RNG secured three quick kills to take the lead..@Damonte turns into a carrot on a stick and @ClutchGaming get FIRST BLOOD! #Worlds2019 pic.twitter.com/nFt0UQf0vQ
Uzi had the perfect KDA on Xayah, Langx’ s Renekton was unstoppable and Ming ‘s Blitzcrank proved to be a handy choice as he picked off Cody Sun in the final team fight that won RNG the game.Invictus Gaming vs ahq e-Sports Club Invictus Gaming will hope to defend their trophy at Worlds this year (Credit: Riot Games)
LMS’s ahq gave Invictus Gaming a run for their money but they weren’t quite able to overcome the defending champions.
ahq’s ADC Wako managed to best his counterpart JackeyLove early on but IG did not give their opponents the opportunity to snowball.Despite losing the first turret and the Rift Herald to ahq, IG turned their game around with some important skirmishes and team fights.
Most notably, the LPL third seed forced a fight around Baron, turned on their opponents and managed to kill four to eventually end the game in 29 minutes which was the fastest game of the day.

Damwon Gaming vs Team Liquid Team Liquid’s CoreJJ says they expected to beat Damwon Gaming (Credit: Riot Games)
The first upset of the day came in the fourth match when Team Liquid took down Korea’s Damwon Gaming .Despite being the third seed from Korea, high expectations were set for Damwon after their clean sweep in play-ins and overcoming G2 in scrims.
However, Team Liquid pulled off an impressive win after Impact solo killed Nuguri and Doublelift bagged himself a quadra kill.Along with their second Baron buff of the game, the North American side managed to seal an important victory over Damwon and CoreJJ believes that it wasn’t that much of surprise..

@Impact SOLO KILLS Nuguri which leads to a Baron for @TeamLiquidLoL ! #Worlds2019 pic.twitter.com/0U90WM5QJ7 — lolesports (@lolesports) October 12, 2019
He said: “I’m really thrilled that we won against a team which I consider a strong team but we thought we would win because we’re the top seed from NA and they’re the third seed from LCK.”
North America has traditionally been considered as a weaker region on the Worlds stage – something CoreJJ thrives off.
He said: “I hope people keep flaming us till the end because it feels even better to win when they don’t expect you to win.” J team vs FunPlus Phoenix J Team pulled off a huge upset against China’s FPX (Credit: Riot Games)
J Team ‘s victory over FunPlus Phoenix was by far the biggest upset of the day.The LMS side made their Worlds debut when they faced LPL’s number one seed and FPX, who were considered one of the tournament’s favourites, showed that there were a lot that they needed to improve on.
Despite getting first blood and taking almost all of the dragons in the game, FPX appeared weaker in team fights and J Team were able pick off members of the Chinese side over and over again.J Team crush @FPX_Esports in a teamfight and grab the Baron! #Worlds2019 pic.twitter.com/4NMs2K7jGJ — lolesports (@lolesports) October 12, 2019
J Team’s FoFo admits that the victory came as a surprise and is confident that his team can beat Splyce and GAM if they’re able to maintain their form.
He said: “We think it’s really incredible that we beat LPL’s first seed and we’re really happy about it.We didn’t expect to beat them but we gave it our all and we just wanted to enjoy our first time at Worlds.
“I haven’t really thought about whether we’ll get out of groups or not – all I want is for our team to perform to the highest of our abilities.If we are in good form then I think we can beat all the other teams in our group but if we’re not, we probably won’t be able to win any of those games.” Also See: .