HomeEsportsFortnite has been down since this afternoon, leaving players staring at a black hole for hours ahead of Season 11 launch – CNN 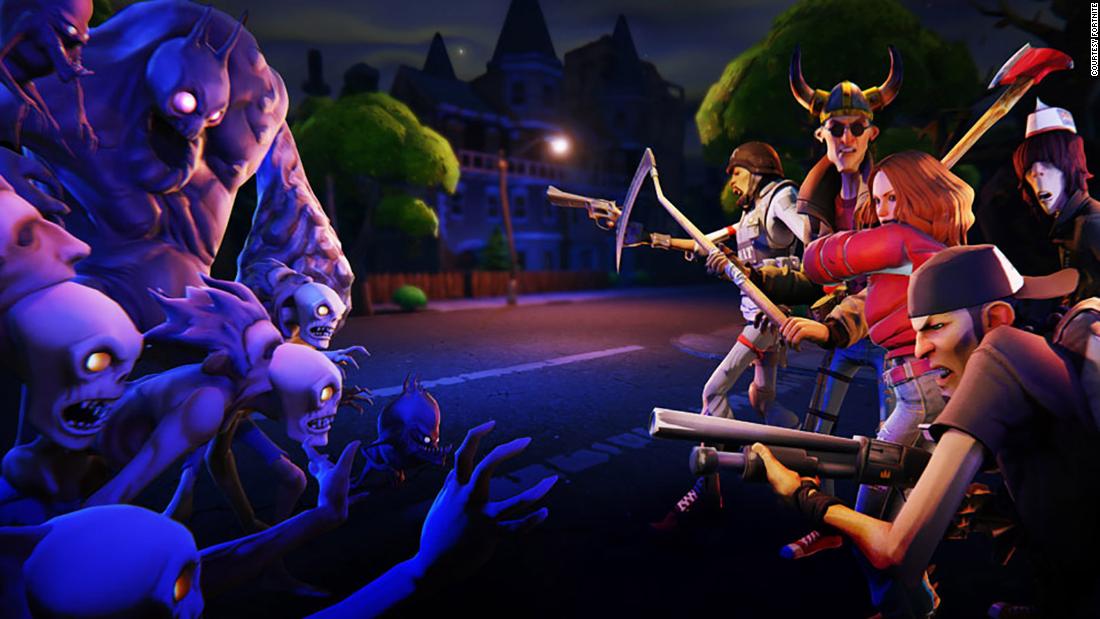 Fortnite has been down since this afternoon, leaving players staring at a black hole for hours ahead of Season 11 launch – CNN

New York (CNN Business) A special event to mark the end the tenth season of Fortnite has plunged legions of players into a black hole.
Players logged in Sunday to participate in an event called “The End” as the game prepares to launch its next iteration.But around 2 p.m.ET, a rocket on the island where Fortnite is set blew up the landscape in the game and dragged all of the players into a black hole, leaving nothing but a mostly dark screen and a spinning black hole and no way for users to play.The outage persisted into the early hours of Monday.Fortnite is one of the most widely played video games , especially popular with teenagers.Even four hours after the game had gone down, about 50,000 people were still actively watching the game’s live stream of the black hole on YouTube; another 100,000 were watching on Twitch.Rod Breslau, an esports and gaming consultant, estimated that millions of gamers in total tuned in.Is Fortnite over…? pic.twitter.com/S5jio9R2I3
— FaZe Clan (@FaZeClan) October 13, 2019 Games like Fortnite occasionally go down for server maintenance, usually to the disappointment of users.

But mostly, Fortnite is known for its ever-changing updates , so it would be a creative twist to turn an intentional outage into a plot point.It is unclear how long the outage will last.Epic Games, the maker of Fortnite, did not immediately respond to a request for comment.Read More The blackout caused some users on Twitter to speculate that Epic was really bringing the game to an end.

But most think it’s a strategy to get users excited about the next season of Fortnite, after plateauing user interest in the game in recent months.”Fortnite Season 10 is coming to an end, and all of this is hype for Season 11,” Breslau told CNN Business.

“Instead of just the standard update approach that Epic does for Fortnite …which is going down for a few hours to apply an update, Epic has created an entire marketing and social media campaign, along with a narrative story around it.” Breslau called Sunday’s black hole explosion and subsequent outage “the most watched gaming event in history,” with millions of viewers on Twitch and YouTube.”Epic Games are geniuses,” he said.A statement from PlayStation on Twitter assured players that the digital money and “inventory” they have on the game would not be lost as a result of the blackout.After the Fortnite outage, some users also complained they could no longer log in to play any other games from Epic, either.The company confirmed on Twitter that its game launcher was down, but said shortly afterward it had returned to normal..