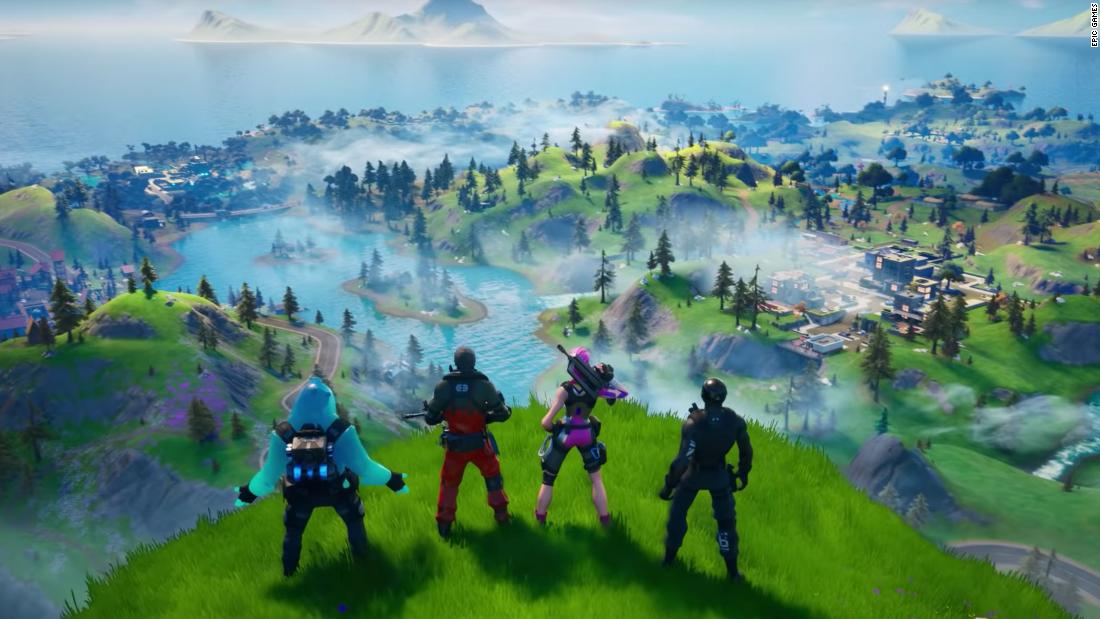 New York (CNN Business) The nightmare for gamers is over: Fortnite is back online with a new chapter.
The hugely popular video game came back online Tuesday after a two-day outage while its next iteration was prepped.Users went into a panic Sunday afternoon when the landscape in the game blew up, dragging players into a black hole.They were left watching a mostly dark screen and a spinning black hole, with no way to play.Fortnite’s latest chapter features an all-new island with new weapons.Developer Epic Games released a trailer that quickly garnered excitement among its rabid fans.Drop into a New World 🌎
Fortnite Chapter 2 is available now.
Share your #FirstDrop ! pic.twitter.com/azURjtP8Cs
— Fortnite (@FortniteGame) October 15, 2019 Fortnite is one of the most widely played video games.Even during the weekend’s outage, roughly 100,000 people were watching a livestream of the black hole on Twitch.Rod Breslau, an esports and gaming consultant, estimates that millions of gamers in total tuned in just for that.

Several Twitch channels were carrying the new chapter live on Tuesday, with the most popular channel garnering nearly 100,000 viewers.Tens of thousands more were watching it on YouTube.Read More Fortnite maker CEO says he will never cut ties with a player for pro-Hong Kong views Fortnite is a huge money maker for Epic and its founder and CEO, Tim Sweeney.The free game makes money from its in-game currency, V-bucks, which is used to buy weapons and other accessories.

Last month, Sweeney landed on the Forbes 400 list of richest Americans for the first time.The magazine placed Sweeney at the 150th spot with an estimated net worth of $4.5 billion .