HomeEsportsLeague of Legends celebrates its tenth year anniversary by getting on mobile, console and other games 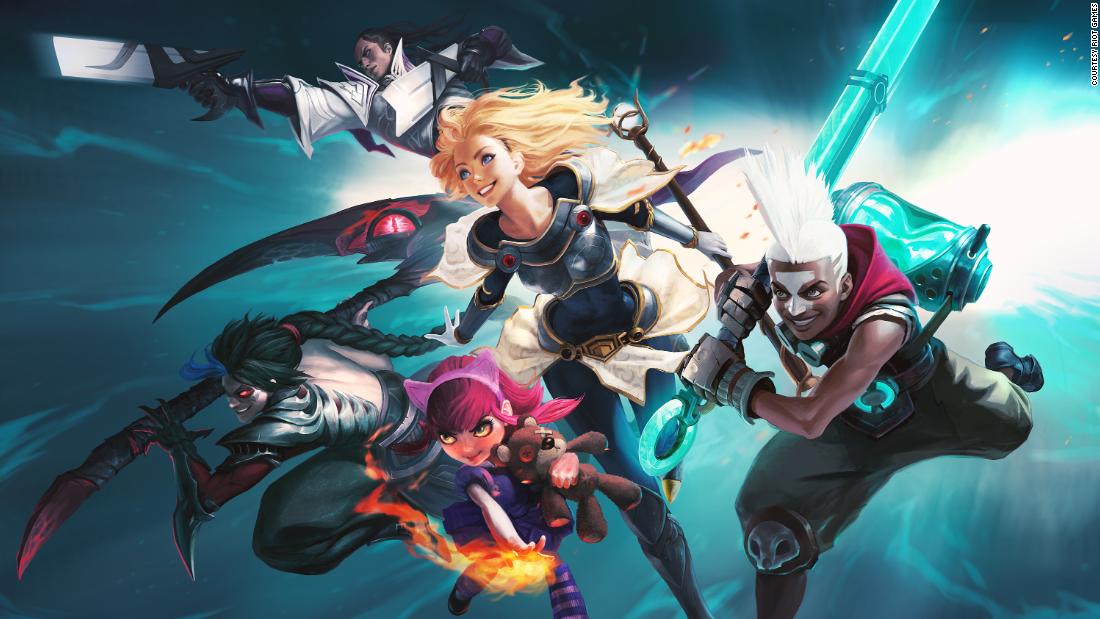 League of Legends celebrates its tenth year anniversary by getting on mobile, console and other games

New York (CNN Business) For 10 years, video game company Riot Games has been riding the success of a single title: “League of Legends.” Now it’s finally gearing up to be more than a one-hit wonder.
For the past eight years, Riot has been quietly working on other games and now has five new titles to tease.First off, it wants to bring a new, rebuilt version of “League” to mobile, fulfilling a long-time request from fans.Riot also wants to bring this new version of “League” to console, marking a first for the PC-only game.”There are players who believe in Riot’s approach and some players who are getting impatient with us and asking for the next game,” co-founder and chairman Marc Merrill told CNN Business.

“This is us saying we’ve heard them, but what they were asking for was really hard to do right away.” “League of Legends,” a game in which a player battles strangers online for control of a map, hit 8 million daily users last month, rivaling “Fortnite,” which has been a cultural phenomenon.The game has stayed profitable every year, according to developer Riot Games, and it’s developed into a major esport, with finals to be held in Paris next month.

“League of Legends: Wild Rift” will be a mobile and console version of “League” that has been rebuilt.

“Teamfight Tactics,” a popular game mode with “League” will also split off into its own separate game, on mobile.

Read More Finally, Riot is making a card game, a tactical shooter and a fighting game.The card game, “Legends of Runeterra,” will come next year on PC and mobile, while the others still don’t have release timelines.The shooter is the only game to feature an entirely new universe and it will come to PC.It’s set in a “beautiful near-future Earth” with all new characters, according to a Riot press release.

“It’s about time for Riot to diversify,” said Michael Pachter, an analyst at private financial services firm Wedbush, “Ten years is plenty of time for them to get a second idea and make a second game that I would imagine will be good.But let’s see.” “Legends of Runeterra” is a new card game set in the “League” universe.Riot’s ownership by Chinese tech giant Tencent came into question last week, when gamers on social media grew outraged over the decision of a rival company — Activision Blizzard, of which Tencent also owns a stake — decision to ban and disqualify a Hearthstone esports tournament winner after he shouted a pro-Hong Kong slogan.Merrill told CNN Business last week, “It’s a complex issue.

‘League’ has a large presence in China.We just want to bring people together and have a positive influence.” Riot later clarified that political views were not allowed on any of its esports broadcasts.Workplace concerns As Riot works on five more games in addition to its flagship title, that translates into a lot more work for its employees.Video game companies like Epic Games, the maker of “Fortnite ,” and EA-owned Respawn, which develops “Apex Legends ,” have tried to balance growing their hit games and reducing employee burnout.”The challenge the game industry faces is that they’re burning out a lot of people but there’s a lot of people willing to replace them,” said David Cole, an analyst at research firm DFC Intelligence.Merrill said his company recognized that “it’s a marathon not a sprint” and that it had hired thousands of developers over the years to steadily grow the headcount.A photo of Riot Games’ untitled tactical shooter game is shown here.Riot has also been under scrutiny over the past year after multiple employees came forward with accounts of sexual harassment and gender discrimination.

In November 2018, one current and one former Riot employee sued the company in a class-action suit, alleging gender-based discrimination, sexual harassment and unequal pay.The plaintiffs sued for compensation and interest on unpaid wages and damages.In August, the company announced an agreement to settle the class-action lawsuit .Court documents indicate a hearing for preliminary approval of a settlement is scheduled for November 6.Merrill said since then the company has been recovering.”The company took a hard look at itself.

We want to be a great employer.Are we? As Rioters, we had to revisit our values and how we work.” The company has since published several blog posts on its progress rebuilding the workplace culture, including hiring a chief diversity officer in February.Not abandoning its original game While Riot turns its attention to developing multiple other games, it continues to update “League.” As part of Tuesday’s news, it announced it would release “Arcane,” an animated series about the game’s characters, in 2020 and add a new character to the game on November 10.On Tuesday, it also flew out fans who have been playing the game from almost the beginning to different anniversary events in major global cities.A married couple from Wantagh, New York, that Riot flew out to Los Angeles spoke about their experiences playing the game for nearly 10 years.”It feels not too long ago that I was on my college campus just sitting around with my friends in the food court playing ‘League of Legends’ between our next classes,” said Kristin Milicich, 32, a histology technician.

Her husband, Erick, 28, a product manager, told CNN Business, “It feels like ‘Wow, I’ve been with them that long?” “Arcane” is a new animated series about two “League of Legends” characters.Maureen Fugar, 21, an administrative assistant and “League” fan in the Bronx, New York, told CNN Business, “Other massive multiplayer online games usually die off.And I just hate that.I’m used to having ‘League’ to fall back on because I know it’s always going to be there.

Hopefully.” James Nguyen, 19, a student studying digital media in Toronto, Ontario, said he was eagerly anticipating any new releases from Riot but he also hoped that “League” would continue to grow.”Why end a game that isn’t dying and remains profitable?” he asked.

“The game helped me a lot during a rough time in high school.It took my mind off things when I could play with friends.” Still, analysts are unsure whether different games from Riot could reach the same level of success.Cole said, “It’s very much a question of: As a company, are they going to be just a one hit wonder or can lightning strike twice?”.