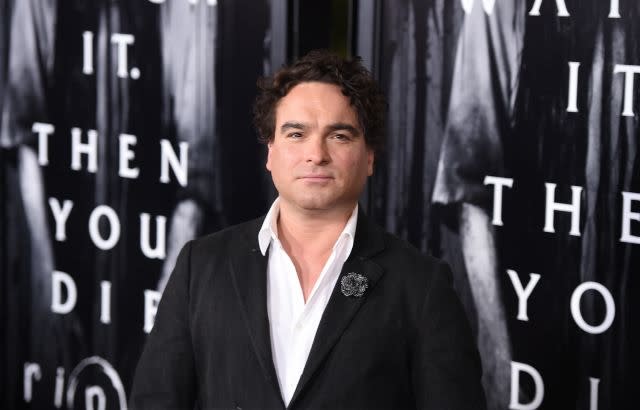 Johnny Galecki played the role of Leonard Hofstadter for the entire run of ‘The Big Bang Theory,’ which debuted in 2007 More The series, entitled “The Squad,” would focus on the world of eSports, according to reports by US outlets.Johnny Galecki, who played Leonard Hofstadter on hit sitcom “The Big Bang Theory,” will be the project’s executive producer.The series is currently under development at NBC.Johnny Galecki has been busy developing a new TV project since the “The Big Bang Theory” series finale last May.The actor, who played Leonard Hofstadter, has created an eSport-themed series which will reunite him with Anthony Del Broccolo, one of the screenwriters and producers on the popular sitcom.The new series, entitled “The Squad,” will be composed of 30-minute episodes centered around a group of friends — and enemies — brought together by their love of eSport competitions.The series will also explore how these outsiders found their tribe after years of being considered as being on the fringes of society.Johnny Galecki will be executive producing the project through his production company Alcide Bava alongside Anthony Del Broccolo, who will also be writing the script.

Warner Bros.TV, which produced “Big Bang Theory,” is also part of the production.The Alcide Bava production company was also behind the series “Living Biblically,” which got its debut in 2018 and was canceled after one season on CBS.Johnny Galecki has encountered international success thanks to the cult-like status of “The Big Bang Theory,” which ran from 2007 to 2019 on CBS.Since then, the American actor has reprised his former role as David Healy from “Roseanne” on spin-off “The Conners,” which also reunited him with former “Big Bang Theory” colleague Sara Gilbert..