HomeEsportsInvesting in esports just got a lot easier – CNN 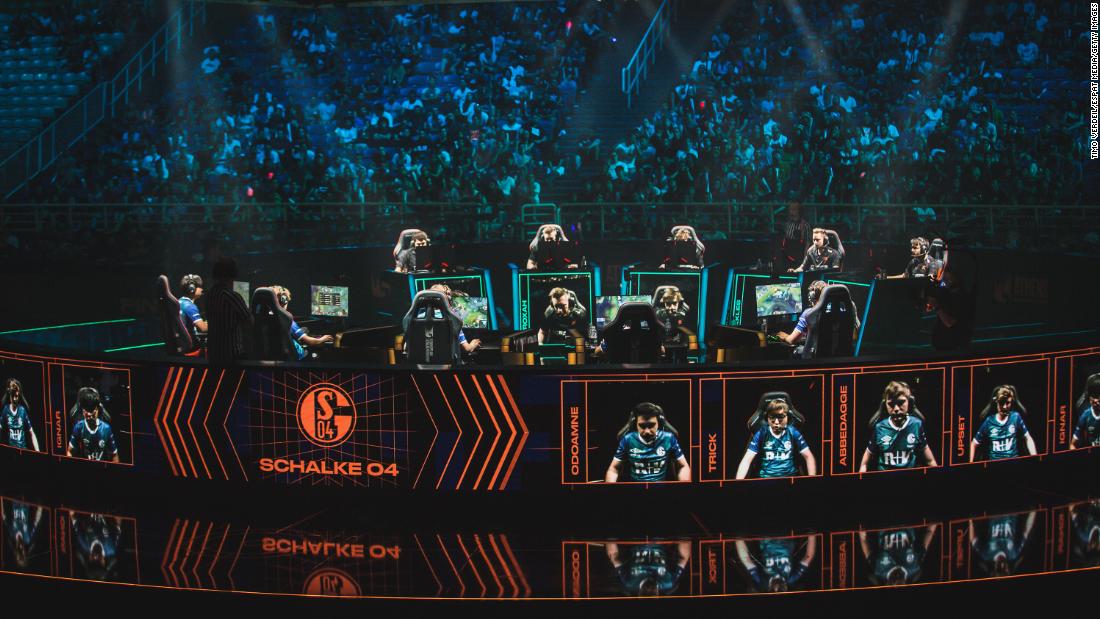 Investing in esports just got a lot easier – CNN

New York (CNN Business) Esports are filling basketball arenas, airing on major cable TV networks and attracting sponsorship dollars from blue chip companies.So it should come as no surprise that Wall Street is looking to cash in on the popularity of the ESL, Overwatch League, League of Legends World Championship and other esports events as well.
There are now several funds tied to the boom in gaming, including one specifically geared towards esports: the Roundhill BITKRAFT Esports & Digital Entertainment ETF ( NERD ) .That is a mouthful to say, but it has the clever ticker symbol of “NERD.” The NERD ETF, which launched in June, is competing for attention (and investor dollars) with the likes of the VanEck Vectors Video Gaming and eSports ETF ( ESPO ) , the ETFMG Video Game Tech ETF ( GAMR ) and Defiance NextGen Video Gaming ETF ( VIDG ) .The field is about to get even more crowded.ETF company Global X announced Tuesday that it will soon launch the Global X Video Games & Esports ETF with the ticker symbol of “HERO.” It will be based on the Solactive Video Games & Esports Index, which has 38 companies in it.

But what sets the NERD ETF apart is that it is much more focused on the esports aspect of gaming and not just the makers of popular video games and consoles.Read More In fact, Will Hershey, co-founder and CEO of Roundhill Investments, said in an interview with CNN Business that the company does not own video game hardware makers Microsoft ( MSFT ) , Sony ( SNE ) or Nintendo ( NTDOF ) .

‘Call of Duty: Modern Warfare’ won’t be slowed down by Activision Blizzard’s recent controversy Hershey said his firm’s ETF is based on an index that Roundhill created.It’s a rules-based index that scans regulatory filings for keywords like “esports,” “video games” and “competitive gaming.” Roundhill then uses these findings to determine how much exposure the companies have to the esports business and weights the stocks accordingly in the ETF.”We focus on thematic products targeted to the next generation of investors — and there is excitement about esports.[New England Patriots owner] Bob Kraft even bought into the Overwatch League with the Boston Uprising.We want companies that live and die on esports,” Hershey said.Although Microsoft also owns streaming service Mixer , a rival to Amazon’s Twitch and Google’s YouTube, esports isn’t a big enough business for Microsoft to merit its inclusion in the fund.Hershey said the ETF doesn’t own Amazon ( AMZN ) or Google owner Alphabet ( GOOGL ) — which recently launched cloud gaming service Stadia — either.

Betting big on Asia So what does the ETF own? Its top holding is Turtle Beach ( HEAR ) , which makes high end headphones that fans of Fortnite and other popular multiplayer “battle royale” games love.Hershey is also making big bets on international markets — particularly in Asia.

The fund owns Chinese gaming giant Tencent ( TCEHY ) , as well as two game streaming services in China that Tencent has stakes in: DouYu ( DOYU ) and Huya ( HUYA ) .Hershey said that because of Chinese restrictions on media companies that operate in the West, DouYu and Huya face little competition from Twitch, YouTube and Mixer.The fund also owns stakes in Afreeca, which runs a popular gaming streaming site in South Korea; Singapore-based Sea Limited ( SE ) , the parent company of Garena, the publisher behind the popular Asian game Free Fire; and Sweden’s Modern Times Group, which owns a majority stake in the ESL league and is the parent company of DreamHack, a gaming festival that Hershey described as being like “the Coachella of esports.” Caffeine wants to livestream games and be bigger than Twitch Hershey said investors only looking at the US as a top esports market are missing the bigger picture.”There are kids growing up in South Korea for the past 20 years who have wanted to be professional gamers.

It’s only been cool in the US for the past year or two with Fortnite,” he said.The fund also owns US gaming software giants Activision Blizzard ( ATVI ) , Electronic Arts ( EA ) and Take-Two ( TTWO ) , which have all gotten into the esports business in America.Don’t rule out hardware and chips just yet But the manager behind VanEck’s rival gaming and esports ETF said that investors need to look more at hardware as well as software and streaming.Edward Lopez, head of ETF product for VanEck, said his firm’s fund is based on an index that looks for companies that have at least 50% of their sales coming from esports and video games.

With that in mind, the VanEck ETF owns two chip companies that are big in gaming thanks to their graphics processors: Nvidia ( NVDA ) and AMD ( AMD ) .

The fund also owns Nintendo and mobile gaming firm Zynga ( ZNGA ) .”These companies are all part of the video gaming ecosystem even though they are not big in esports,” Lopez said.This video game company made one game for a decade.Now it’s ready to make five more There is some overlap between the VanEck and NERD funds.They both own Activision, EA and Take-Two as well as Tencent and Chinese online gaming giant Netease ( NTES ) .

The VanEck strategy is paying off more handsomely so far.It has outperformed the NERD ETF since NERD debuted in June.And it’s done better than the other two pure play gaming ETFs as well.Still, Lopez agrees with Hershey about the potential for gaming and esports to get even bigger though.So multiple companies and funds could thrive.

“Gaming is benefiting from cord cutting — not just with millennials but an even younger demographic,” Lopez said.”This is a serious business and not just child’s play.”.