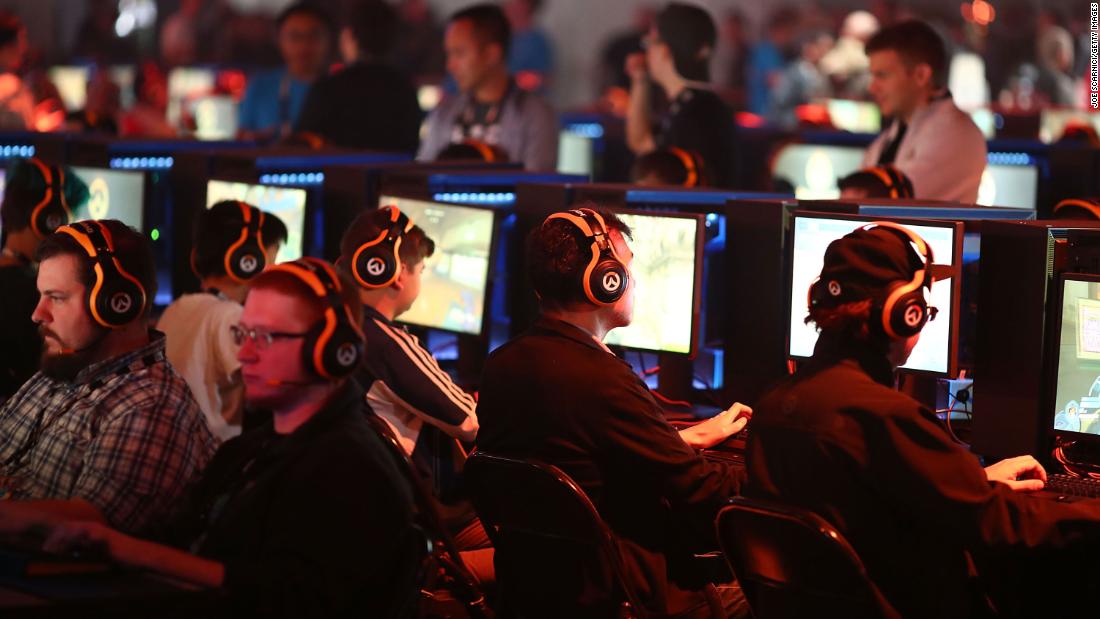 New York (CNN Business) Amid a tumultuous few weeks, Activision Blizzard announced a handful of new video game titles, including “Overwatch 2” and “Diablo IV,” at its annual gaming convention in California on Friday.
Protesters gathered outside the event to advocate for free speech, support the Hong Kong protests and demand an apology from Blizzard for actions it took against players who engaged in protests.”We moved too quickly in our decision and then to make matters worse, we were too slow to talk with all of you,” said president J.Allen Brack at the kick-off event on Friday.”I am sorry and I accept accountability.” The American company has come under fire after it banned a Hong Kong player named Ng for shouting the popular protest slogan “Liberate Hong Kong, revolution of our times” during a livestreamed post-match interview.Blizzard said the act violated its competition rules.Ng was initially stripped of his potential winnings and banned from competing for the next year.

Social media reacted in outrage after the news of the ban broke: Players posted images of them uninstalling or canceling subscriptions to hugely popular Blizzard games.

Blizzard eventually shortened Ng’s ban and restored his winnings.Read More Brack added, “We will do better going forward.But our actions are going to matter more than any of these words.As you walk around this weekend, I hope it’s clear how committed we are to people expressing themselves.” A photo taken of the protests in Anaheim, California as people begin to arrive and set up Friday.At the convention, Blizzard announced a sequel to the popular shooter game “Overwatch,” which is partly set in Toronto where heroes come to the aide of law enforcement.

Still, like the original, it’s a competitive game and a professional esport.The company also provided more details on the fourth version of its role-playing franchise “Diablo,” including an in-depth trailer and a playable demo for attendees.Some of the games Blizzard offers as a service, including “World of Warcraft” and the card game “Hearthstone,” received expansions this year, too.Nomura Instinet analysts describe the Blizzard pipeline as being in a “dry spell ,” but this year’s convention could be “one of the busiest in recent memory.” Outside the event, Freedom Hong Kong, has been handing out 4,000 t-shirts with a pro-Hong Kong slogan to attendees.Fight for the Future — a non-profit that promotes digital rights — also organized a protest.Expected to speak are two students from American University, Casey Chambers and Torin Wright, who were suspended from Blizzard esports events last month after they held up a “Free Hong Kong, boycott Blizz” sign during a collegiate-level championship match in solidarity with Ng.

Outside BlizzCon, gonna be an interesting day pic.twitter.com/QtDOojW3z2
— Dom Pepin (@Dom_Pepin) November 1, 2019 “I decided to go to Blizzcon to continue to share the message, but I am also holding out hope that we can convince Blizzard to change its mind and apologize about this,” Chambers told CNN Business.Dayton Young, product director at Fight for the Future and protest organizer, said some people are flying to California to attend the protests.He added the initial events captured the attention not only of gamers but members of Congress, including Democratic Rep.Alexandria Ocasio-Cortez and Republican Sen.Marco Rubio, who signed a public letter to Blizzard to “look beyond the bottom line” and protect freedom of speech.”And that’s really our crowd, as well,” Young told CNN Business.

“We get people from all over the political spectrum with lots of different ideas and different goals for us.” In a statement ahead of the event, Blizzard said: “We welcome open, constructive, and civil discussion of different perspectives at the show, and we do still plan to have fan Q&A at certain panels as we normally do….The safety and security of our attendees is and has always been a top priority, and every year we iterate with new measures to bring our event even more up-to-date.” The convention runs through Saturday evening..