HomeEsportsBrit Fortnite gamer FaZe Jarvis, 17, sobs as he’s banned for life for CHEATING in videos for his 2million YouTube fans 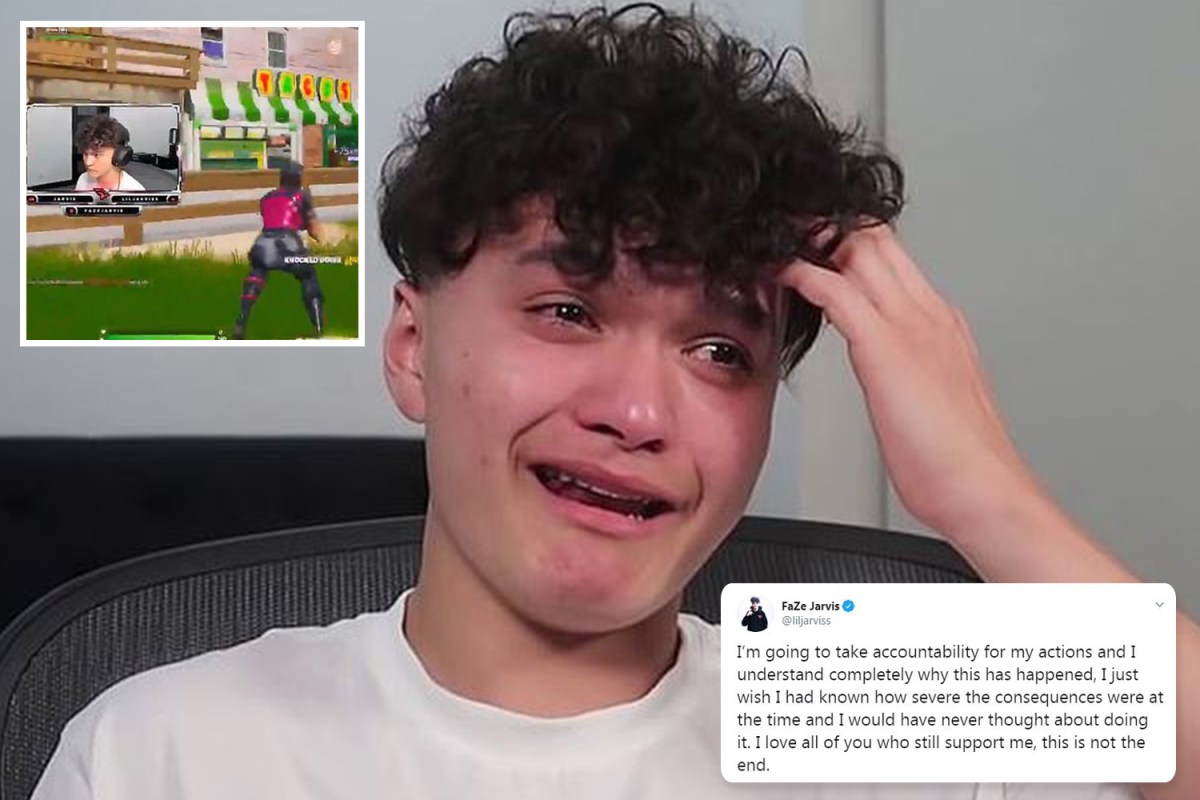 Brit Fortnite gamer FaZe Jarvis, 17, sobs as he’s banned for life for CHEATING in videos for his 2million YouTube fans

A TEARFUL professional Fortnite gamer has been banned for life – after being discovered cheating.
Surrey lad Jarvis Kaye, 17, sobbed as he revealed he had been stopped from playing by maker Epic Games. 3 Distraught Jarvis Kaye, revealed he had been stopped from playing Fortnite Credit: YouTube 3 The professional gamer has been banned for life
The lad said on YouTube – where he has 2 million subscribers – he had been banned for using “aimbots”, the name for software that helps with shooting.
Jarvis is a member of eSports team FaZe Clan and insisted he had only activated them for instruction videos and never in competitions.
He said: “All I was thinking about whilst I was making those videos was just how entertaining and interesting these videos would be for you guys to watch.
“It didn’t even cross my mind to think that I could be banned for life from Fortnite from those videos. I just want to be clear that this is the first time that I have ever done anything like this and of course I have never done this in a competitive game mode at all.
“Epic Games you know I know how big of a mistake I’ve made and I’m truly like so sorry.
“Epic, I know I have to take accountability for my actions and I’m going to do my best to accept any punishment that comes my way.
“I’m not trying to find a quick road out but being banned forever is just – a lifetime ban – is just, I just didn’t this would happen.”
Using aimbots are banned by Epic Games’ rules and those caught can have their accounts locked and deleted.
FaZE Clan was founded in the US in 2010 and competes in various video game tournaments.
Online game Fortnite is hugely popular and each 20 minute session sees competitors try and stay alive.
Famous fans include Spurs football ace Dele Alli who got the whole England squad interested last year in the World Cup. MOST READ IN NEWS Sex-mad wife & lover murdered farmer after texts about romps in his blood HIDDEN FORTUNE Secret millionaire who lived in modest house leaves £1.3MILLION to village Exclusive Millionaire, 80, killed after taking wrong turn onto M23 in vintage car RAPE HELL Girl, 17, ‘gang-raped to death by 4 teens who left her with horrific injuries’ THEME PARK DEATH 3 teachers sat in SAME boat while ‘unsupervised’ girl, 11, drowned on ride Exclusive Teen dupes Corbyn into signing piece of paper saying he ‘supports terrorists’
In July this year 15-year-old Brit Jaden Ashman won £1million at the Fortnite World Cup.
Last night #FreeJarvis was trending on Twitter with fans defending the player.
One supporter said: “But what about other YouTubers who hack and post videos on YouTube about it , they get away with it, and now cause it’s FaZejarvis there gonna do that, man @FortniteGame you guys are clowns.” 3 Jarvis is a member of eSports team FaZe Clan and insisted he had only activated them for instruction videos and never in competitions Credit: YouTube