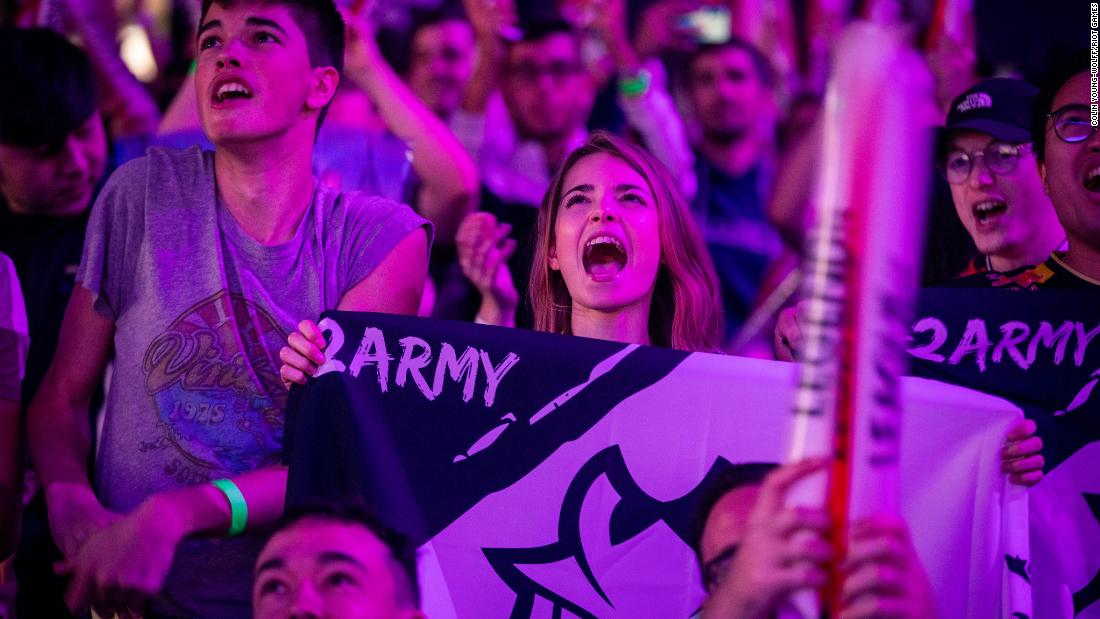 New York (CNN) Chinese team FunPlus Phoenix (FPX) defeated European rivals G2 Esports to win the World Championship finals of esports phenomenon League of Legends.
FPX beat the favorites G2 Esports in all three of their games to win the championship in one of the world’s biggest online games, watched by a crowd of 15,000 spectators in Paris.Even more tuned in online to see two teams face off to win a largely crowd-funded prize that hasn’t been finalized yet.(Last year’s prize pool totaled up to $6.45 million.) G2 Esports represented Europe, a region that won the championship in 2011 when the games first started but hasn’t secured victory at Worlds since then.FPX, a relatively newer group that formed in 2018, represented China, which had a team win the crown last year.Congratulations again to @FPX_Esports on winning the 2019 World Championship and thank you to Paris 🇫🇷 for the incredible memories and wonderful hospitality! GG WP! #Worlds2019 pic.twitter.com/MXzvqFxRwI
— lolesports (@lolesports) November 10, 2019 Read More After the game FPX member Doinb, said, “Before this, a lot of people said that a mid laner that played my playstyle doesn’t deserve to win the championship, but I think I finally proved that I deserved it.” Every year League of Legends, puts on a show at its World Championship esports finals.In 2017, it flew a giant dragon into a bird’s nest during during the Beijing finals using augmented reality.Last year, it had a virtual Korean pop band.This year, the events team has opted for hologram-like projections.

But before the teams faced off, Riot Games’s opening ceremony aimed to be pure spectacle.The events team drew inspiration from other major sporting and music events.This video game company made one game for a decade.Now it’s ready to make five more “We watched the Super Bowl half time show, and we picked it apart: Hey, I really love the way they’ve made the moment happen,” Adam Mackasek, Riot Games’ associate manager of esports events, told CNN Business.”Same thing when there’s an Olympics.We really try to dive deep on award shows through the entire year for how they shoot their content.” For Sunday’s finals, Riot’s events team put in one of the world’s biggest orders for a metallic, mesh material called holonet, which can be used to put on hologram-like images.Mackasek describes holonet as akin to “a movie screen, but there’s a bunch of holes in it that makes things look 3D.” “When we held our first World Championship it was literally in a conference room with hundreds of people watching, and a million people watching online,” said John Needham, Riot’s head of global esports.”Now, when you look at where we are in our sport, we’re filling 20,000 person arenas and we have 100 million viewers online.

So it’s just been massive growth.” Many parts of the opening ceremony got the hologram treatment.When artists performed, they sometimes appeared to be under the magic spell of characters from the “League of Legends” video game.

Various performers appeared to teleport around the stage and dancers performed with a character’s blades.Riot is also capitalizing on its brand deal with Louis Vuitton , as female performers of the fictional hip hop group True Damage will wear designer clothes.The hologram effect will be there throughout the finals.

Depending on which five-man team takes home the championship, Riot will switch out the holographic images of the players in the background.Dancers perform in time with virtual blades via a hologram-like display for the League of Legends World Championship of 2019.Mackasek said his team had considered sticking with augmented reality like last year’s viral Korean pop hit , or even using lasers.They always want to change things up with new technology, he said.

“We don’t want people to feel like they know what they’re going to see.It challenges us not to take the safe route,” he said.”No one ever thought they would see a dragon land in a bird’s nest.

No one expected a digital pop group dance on stage with an actual pop group.”.