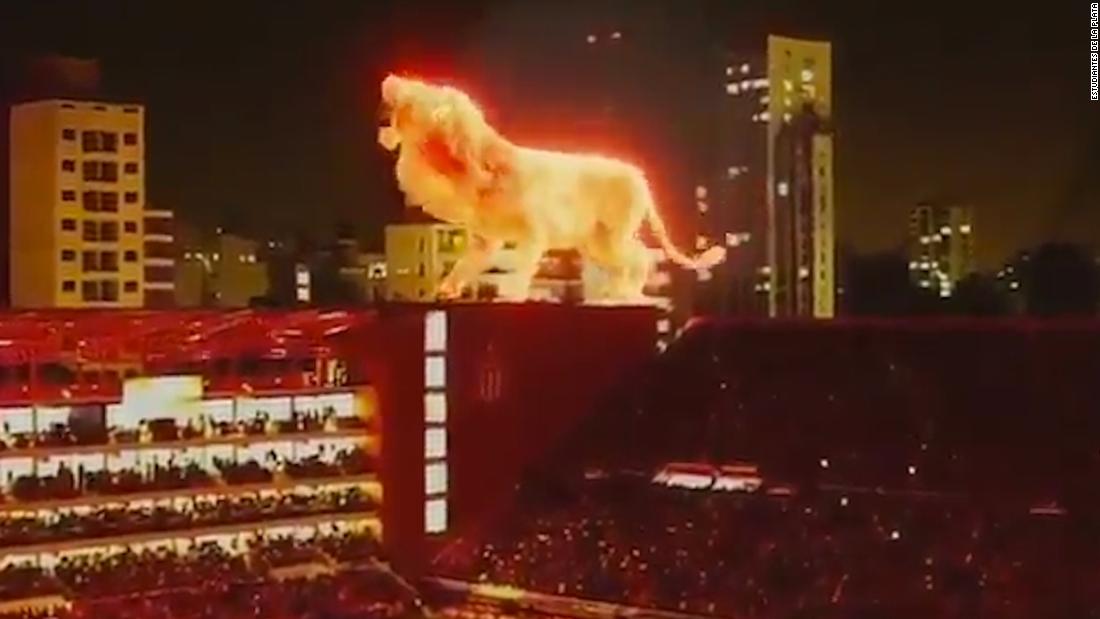 (CNN) You’d be forgiven for thinking it was a scene from a futuristic sci-fi movie — a giant, flaming lion leaping across the roof of a football ground in front of thousands of spectators.
But for Argentine side Estudiantes, the spectacular big cat hologram marked the reopening of the club’s new stadium.The lion leaps out the sky and struts along the roof before jumping onto the pitch and roaring in front of the assembled fans.Visit CNN.com/sport for more news, videos and features The impressive spectacle could be viewed by fans watching on television but those in the stadium had to watch through an app on their phones or on the big screen.Read More The revamped Jorge Luis Hirshi Stadium had been closed since 2005 and the eye-catching ceremony — which also included a friendly match between Estudiantes club legends — marked the official reopening.Estudiantes’ stadium show is just the latest in a number of events that have used holographic imagery to provide a bit of extra pizzazz.READ: Raheem Sterling dropped by England after altercation with teammate Joe Gomez Esports’ League of Legends World Championship used holograms in their opening ceremony earlier this year.In September, meanwhile, a hologram of deceased musician Roy Orbison was used to recreate one of Orbison’s live performances..