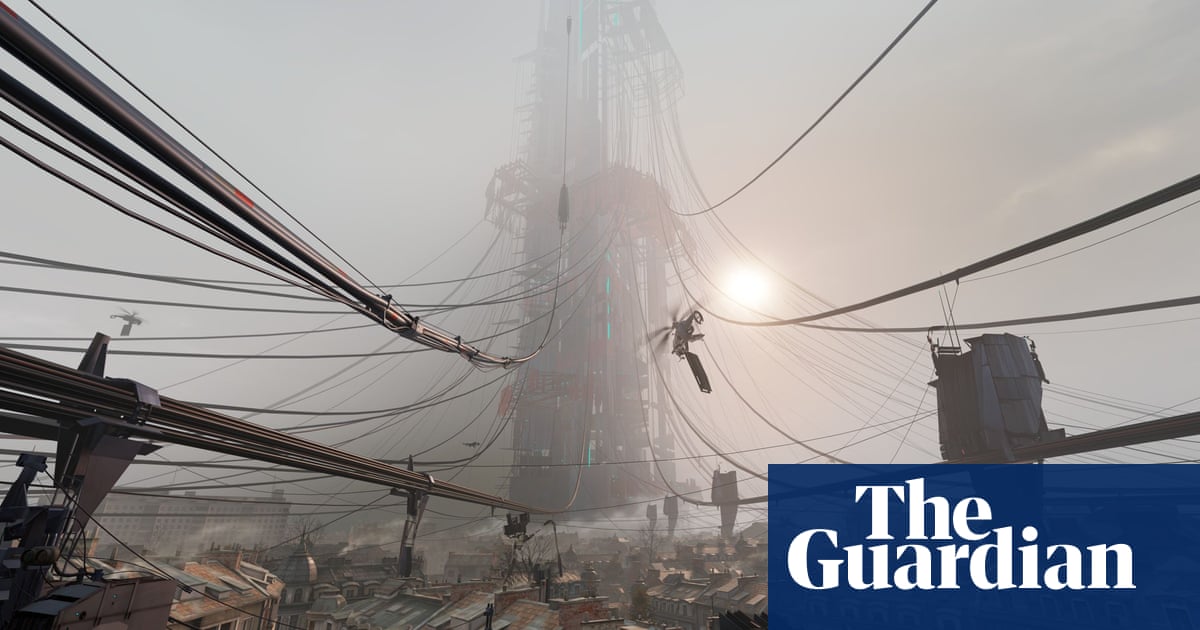 Developer Valve Corporation has unveiled the latest game in the long-dormant Half-Life series, a VR-exclusive title named Half-Life: Alyx, set for release in March 2020.
A new game in the critically acclaimed sci-fi shooter series had been heavily rumoured following leaks from this year’s Game Awards and was confirmed by the developer via Twitter.A prequel set between the first and second games, Half-Life: Alyx stars supporting character Alyx Vance following an alien invasion of earth and is expected to act as a flagship VR title, showcasing virtual reality shooter gameplay at a high level of fidelity.
Facebook Twitter Pinterest Half-Life: Alyx official announcement trailer
Valve, which is better known these days for its juggernaut retail platform Steam , a variety of eSports titles including DOTA 2 and Counter-strike, and various experimental games in other genres, first rose to prominence on the back of the Half-Life franchise.But the last game in the series, Half-Life 2: Episode 2, was released in 2007 with no sign of a follow-up until now.
Facebook Twitter Pinterest “Is it really that…timeagain?” The G-Man returns in Half-Life: Alyx Photograph: Valve Corporation
A statement describes Half-Life: Alyx as “featuring all the hallmarks of a classic Half-Life game: world exploration, puzzle-solving, visceral combat and an intricately woven story”, while Valve programmer Robin Walker has told IGN that the game “isn’t a spinoff or a side story – it’s a full-scale campaign … about the same length as Half-Life 2”.
In a video interview with games writer/host Geoff Keighley, Valve developers also confirmed that there would be no non-VR version of Half-Life Alyx, emphasising its origins as an experimental VR project.
They also confirmed that various high-profile developers at Valve including Portal 2 veterans Erik Wolpaw and Jay Pinkerton, as well as more recent acquisitions such as Firewatch developers Campo Santo, were working on the game.
Half-Life 2 was positioned as a killer app promoting Valve’s Steam digital retail platform, and Half-Life: Alyx is similarly set to encourage wider-scale VR adoption as one of the few high-budget experiences available.

But excitement for Half-Life’s revival is likely to be tempered by hardware requirements: as a VR-exclusive, the game will require a headset and the hardware to run it, as well as the free space to play in.
Facebook Twitter Pinterest An interview with videogame writer Geoff Keighly
Though the game will come free with Valve’s proprietary headset, the Valve Index , and will work across PC-based competitors including the HTC Vive and the Oculus Rift, hardware pricing currently ranges from hundreds to thousands of dollars, excluding any PC upgrades required.
In addition, some headsets – most prominently, the Valve Index – are not yet available worldwide..