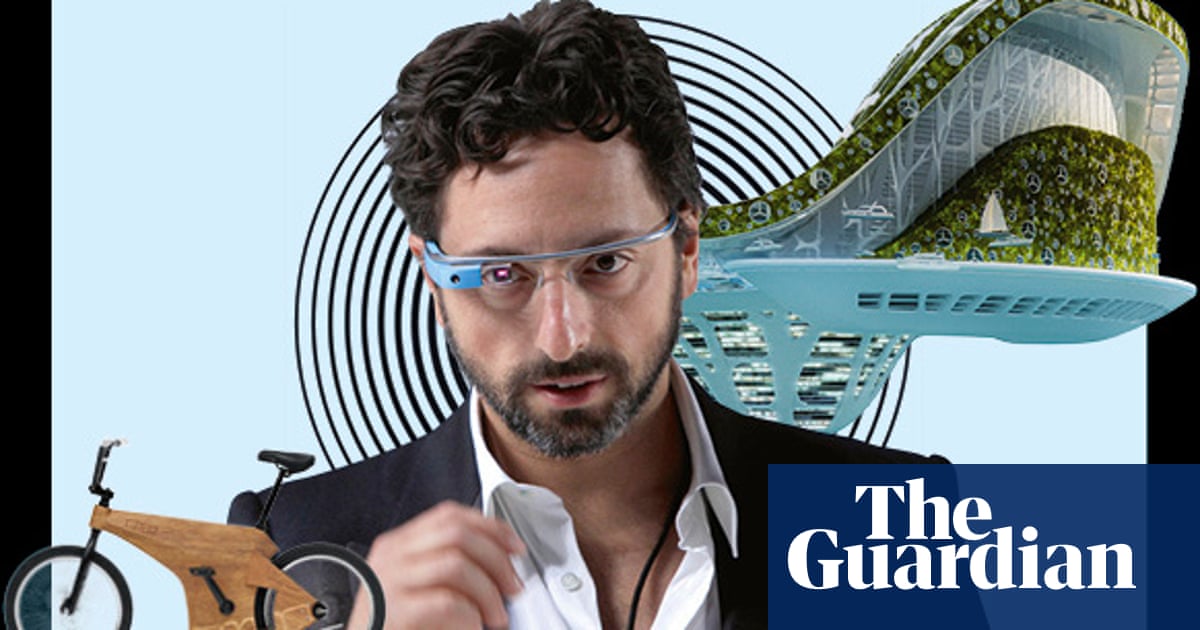 ‘I predicted more video eyewear’: the 2010s as seen by futurologists | Culture

Floating cities, wooden bikes, smart glasses: how did trend forecasters fare?.T he 2010s has been an eventful decade for influencers, craft brewers and vape shop owners – and a disappointing one for retail assistants, journalists and black cab-drivers.At the beginning of the decade, everyone hated the bankers and exalted the tech barons; as it draws to its close, everyone hates the tech barons and ignores the bankers.But amid all the uncertainty, one ancient profession has flourished: the fortune-teller.
Naturally, modern fortune-tellers don’t call themselves fortune-tellers – they prefer “trend forecaster” or “futurologist” or – sorry – “lifestyle detective”.They usually do without the animal entrails and star charts, preferring to read the runes from makeup trends in Seoul, tech start-ups in Palo Alto and genetic experiments in Shenzhen.And they have made themselves as indispensable to 21st-century product designers and brand managers as astrologers once were to generals and kings.As Martin Raymond noted in his Trend Forecaster’s Handbook of 2010, forecasting “now underpins all aspects of society where it is important to understand the short-, medium- and long-term impact of new and emerging changes in the culture around us.”
Raymond is the cofounder of the Future Laboratory, a consultancy based in Shoreditch, east London.His 60 or so co-workers write reports, host seminars and curate networks that are used by companies such as Google, L’Oréal, Sainsbury’s, Jaguar Land Rover and Ikea.

He now looks back on the beginning of the decade – as the impact of the global financial crisis was beginning to be felt – as something of a golden age for forecasters.
“If you remember the period around the year 2010, it was very uncertain,” he says.“We probably had our most successful period in our 20-year timeframe then – a lot of the trends that we are still measuring today emerged in that period.”
Raymond’s 2010 book – recently updated for a 2020 edition – applied a methodology to what might seem a numinous art.Forecasters will tend to identify a “macrotrend” – such as “new sobriety”, the mood of no-frills seriousness that emerged after the crash – and then trace it from the innovators and early adopters through to the late adopters and refuseniks.They can then advise clients how the trend might affect their customers, and how best to deal with that.
One of the macrotrends identified by Future Laboratory at the outset of the decade was “Bleisure” ie, the blending of business and leisure.(The 2010s were, if nothing else, a decade of gross portmanteau words.) “We saw more freelancers, more start-ups, more businesses promoting flexible working at the same time as more people were being laid off and having to fend for themselves,” says Raymond.“We saw the business sector responding to that, but also the hospitality sector, technology companies, fashion brands and so on.

It’s not forecasting exactly – it’s just noticing.”
Facebook Twitter Pinterest Imagine a fibreglass pod with a seat inside it… Photograph: Graham Turner/The Guardian
Still, many of the specific examples cited as technologies of the future in the 2010 book haven’t weathered so well.I still have no idea how to use a QR code or why I might want to.

There is a design for a “lilypad floating city”, a luxurious, eco-friendly floating island designed by the Belgian architect Vincent Callebaut as the sort of place where refugees might live in the event of climate catastrophe.The actual experience of refugees in the 2010s makes it seem horribly poignant.
Technology, as the saying goes, is stuff that doesn’t work yet.But some examples of future tech were so nearly right.The “muve gruve inactivity monitor”, a piece of wearable weight-loss technology that clips on to your belt, feeds data back into your phone, and prompts you to exercise via a series of buzzes and bleeps.

The company that made it has long since disappeared – but the Fitbit did catch on.

Raymond even stands by the Okes recycled oak bicycle that he suggested would be “perfectly on-trend” for hipsters in London, Amsterdam and New York.“There was a huge growth in cycling at the time,” he explains.“It was part of the move towards small designers, artisanal products and counterintuitive materials.And bamboo bikes are quite a big deal in China you know!”
Certainly, the forecasters who had their eye on Asia have tended to fare best in the predictions.From emojis and TikTok to gene editing and social credit, it’s where many of the decade’s key innovations have emerged.Mike Walsh, who runs the Los Angeles-based consultancy Tomorrow, published his book, Futuretainment, in 2009, inspired by spells in China, Japan and Korea.“These places felt like they were already 10 years in the future,” he says.

“Long before the iPhone existed, Asia had early smartphones and sophisticated forms of digital entertainment.”
His book predicted the wide adoption of streaming, mass participation in esports and cloud-based entertainment (ie, you start watching a Netflix series on your TV at home and then pick up where you left off on your phone on the way to work).But there was a lot that he missed.“I definitely underestimated the impact of drones,” he says.“And I had predicted we would see more live-streaming video eyewear.

All the technology was invented, but in a way, live stories on Instagram were an alternate approach that replaced the idea.”
Building an artificial reef of recycled plastic off the Suffolk coast might have addressed both waste and erosion
Indeed, if the decade has a signature flop, it is Google Glass, launched in prototype form in 2013.Its $1,500 price tag and dystopian privacy implications prompted a huge backlash against early adopters – “glassholes” – that anticipated the wider turn against the big tech companies.“Google Glass quickly became a symbol of Silicon Valley ideology,” says Dr Anders Sandberg, who researches the ethics of human enhancement at Oxford University’s Future of Humanity Institute.

“Concerns about privacy and so on came up very early.” As a “card-carrying transhumanist” who is generally in favour of human enhancement, he founds this “disappointing” but instructive too.
It might seem logical to extrapolate from the smartphone and the miniaturisation of microchips and assume that the future will involve first wearable computers and then embedded computers.But that’s reckoning without backlashes, taboos, moral panics, regulation and so on.It also underestimates the impact of actually existing technologies.
“When we were talking about enhancement in 2010, we were still focused on biomedical enhancement,” says Sandberg.“I think we became overexcited about that.We hadn’t realised that perhaps the more powerful enhancement was available at the Apple store.” Technology doesn’t have to alter the body to alter our minds.“I would argue we are more than halfway to enhancement already – and smartphones should be regarded as extensions of our bodies,” Sandberg continues.“The effects of being online all the time are at least as disturbing as anything you can think of to do with genetic engineering or taking drugs.”
***
But the immediate past blinds us to the near future too.

We are obsessed with the social effects of technology – and complacent about the physical effects.Sandberg contrasts the outcry over genetic engineering after Dolly the Sheep was cloned in 1996 to the comparative “meh” that greeted Lula and Nana , the world’s first genetically modified humans, born in China last year.

“Important things have been happening on the biological side, particularly with regard to genetic engineering.But people don’t seem to have been nearly as upset about it as I would have expected in 2010.” It may simply be that we’re too distracted by other things on our smartphones to pay attention.
Sandberg himself cautions against forecasting – “empirically, it comes back to bite you” – and says the safest prediction to make about the impact of any given new technology is “no change”.Still, if you release enough helium balloons into the sky, one or two of them will float pretty far.Back in 1991, Dr ID Pearson was working as an engineer at BT when he was asked to prepare a report on the future of telecoms.

He claims this is when he invented the text message – a landline-to-landline version, purely theoretical along with hundreds of other purely imaginary inventions, such as online dating, satnav and music streaming.“I tried hard to get BT to take it seriously but the attitude I had was that this was a very stupid idea,” he complains.
Facebook Twitter Pinterest ‘I still have no idea how to use a QR code or why I might want to.’ Photograph: Alamy
He remained BT’s resident futurist until 2007, when he set up his own consultancy, Futurizon.He has since branched into materials science, fashion and politics.One of the ideas on his blog is “dual democracy”: Labour voters could pay Labour taxes and receive Labour public services; Conservative voters could pay Conservative taxes and receive Conservative public services.He is disappointed that his local council decided against building an artificial reef from recycled plastic off the Suffolk coast, which he thought might solve plastic recycling and coastal erosion in one go.But he believes the “big thing” we’re getting wrong at the moment is self-driving cars.
“The current model is persevering because the car industry wants to keep selling people expensive cars,” he says.

“But it would be so much cheaper to have the cars driven by smart infrastructure instead.

Imagine a fibreglass pod with a seat inside it working on a linear induction mat where all the routing is done at each junction; the pod knows where you’re going as you have your phone in your hand; all you need to do is make the mats and you could roll them out overnight.” Simple!
Still, the main risk of forecasting is not being wrong – but being too early.

Faith Popcorn (née Plotkin) has some claim to being the “mother of futurism”, having been in the future business since 1978.She had a hand in the development of IBM’s PS/1, the company’s entry into home computing.She also claims to have coined the term “flexitarian” in 2008.“I’ll tell you something else we predicted,” she tells me.“I said people would buy things from the internet.The people at Procter & Gamble laughed at us.It’s not hard to predict these things.What’s hard is to get companies to move in time.”
She sees the meat-free Impossible Burger as the signature innovation of the 2010s.

As for the 2020s, she maintains that implants will be the defining technology – despite any reservations you might have about, say, Mark Zuckerberg microchipping your child.“We check the cookies boxes on websites, don’t we?” Sure, but there’s an instant pay-off there and no physical cost.“Isn’t there an instant pay-off in never having to look for your keys again? Or not having to learn a new language? Or remember anything?”
I am still sceptical – but so are a lot of people, she insists.“So, we’re testing this product at the moment and everyone is saying what you’re saying: ‘Privacy, blah blah blah.’ But we created a chip that could be inserted into a child – a baby even – that could track them.We found that grandparents, especially, would pay up to $5,000 for this.And these are early days.

Someday, it will get down to 25 cents and everyone will get one.What’s a parent’s greatest concern? It’s their child disappearing.So when Facebook or whoever tell us that it’s safe, we will want to believe.And we will do it.”
Consider yourself warned.
• If you would like a comment on this piece to be considered for inclusion on Weekend magazine’s letters page in print, please email weekend@theguardian.com , including your name and address (not for publication).
Topics Technology So long, 2010s: the decade in review Emojis features.