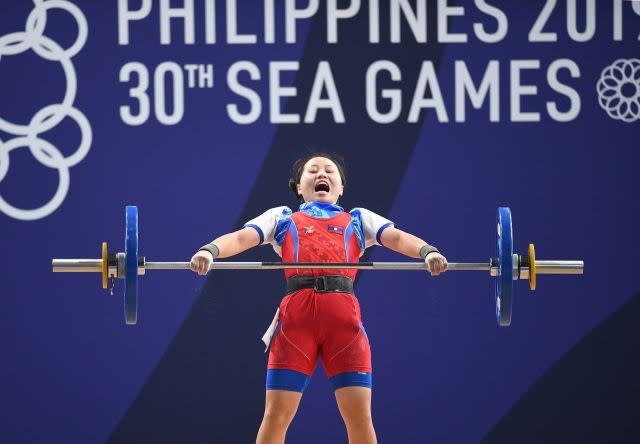 The storm’s potent gusts also forced officials to close Manila’s international airport as a precaution, which will delay several basketball teams for the 5 x 5 competition that starts on Wednesday.Organisers stressed that the Games, which opened Saturday, won’t “go beyond its scheduled finish on December 11″.”We are prepared to take the necessary precautionary measures to secure the safety of all of our guests and athletes,” their statement added.Several sports were postponed at one of the main SEA Games clusters in Subic, including beach volleyball, canoe and kayaking, muay, pencak silat, sailing, windsurfing, modern pentathlon, surfing and sepak takraw.Triathlon and duathlon events in Subic — on the west coast of the main island of Luzon in the country’s north — had already been brought forward.

All sports at the Manila cluster except for shooting went ahead as planned, while petanque at the main cluster in Clark was postponed.Underwater hockey, skateboarding and polo, due to be held in southern Luzon, were also halted.

Organisers said they also cancelled a scheduled training for esports Tuesday.This year’s SEA Games in Clark, Manila and Subic, which started officially on December 1, are particularly complex with a record 56 sports across dozens of venues.Around 8,750 athletes and team officials are expected at this year’s 30th edition with another 12,000 volunteers..