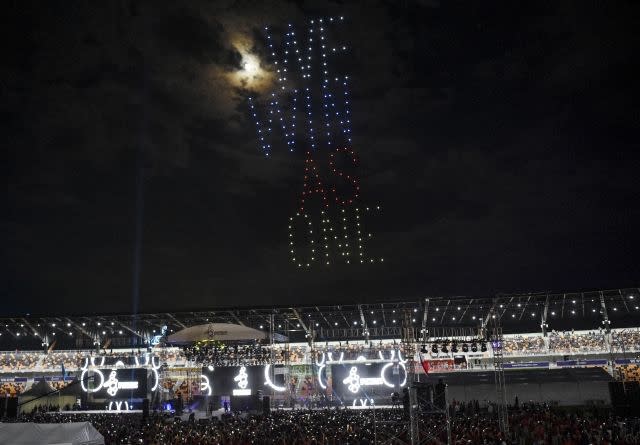 Once the celebrations have died down however, organisers will face a government probe after the embarrassing build-up to the Games generated the wrong kind of headlines and a mocking hashtag #SEAGamesFail.The Games were also slammed by Typhoon Kammuri which forced about half of the events to be rescheduled for one day.Kammuri’s fierce winds toppled trees and flattened flimsy homes across a swathe of the nation’s north, and forced a rare 12-hour shutdown of Manila’s international airport.Despite 13 deaths in the storm, none of the athletes, officials or 12,000 volunteers was reported hurt and a full programme resumed soon after.

– eSports makes debut – At the Games’ many venues there were disappointing performances for some of the region’s biggest stars.Singaporean Olympic champion Joseph Schooling was expected to take several golds in the pool, but walked away with just one individual title.The 24-year-old famously beat his idol, US legend Michael Phelps, at the Rio 2016 Olympics in the 100m butterfly final, but was out of form and out of shape just seven months away from Tokyo 2020.And home favourite, the world champion gymnast Carlos Yulo, won just two out of the seven golds he was going for.

However, there were some impressive displays, including many from Vietnam who came second with 98 golds, including the men’s football title.For many though, the actions of local surfer Roger Casugay will be the highlight of the Games.Casugay became an online sensation after he leapt from his board to help an opponent who had got into difficulty in choppy waters.

He later went on to win a gold medal, even beating the rival he rescued on his way to glory.

And for the first time ever eSports became a medal event at an Olympic-recognised multi-sport competition.Players from nine countries competed at a darkened arena in Manila over six days for medals in Mobile Legends, Arena of Valor, Dota 2, Starcraft II, Tekken 7 and Hearthstone.

To mark the official end of the Games thousands heard a medley of rock songs by former Journey lead singer, the Filipino Arnel Pineda, whose setlist included “Sweet Child o Mine” by Guns N’ Roses and Queen’s “We Will Rock You”..