HomeEsports5G is coming. Here’s one way to invest in the telecom boom 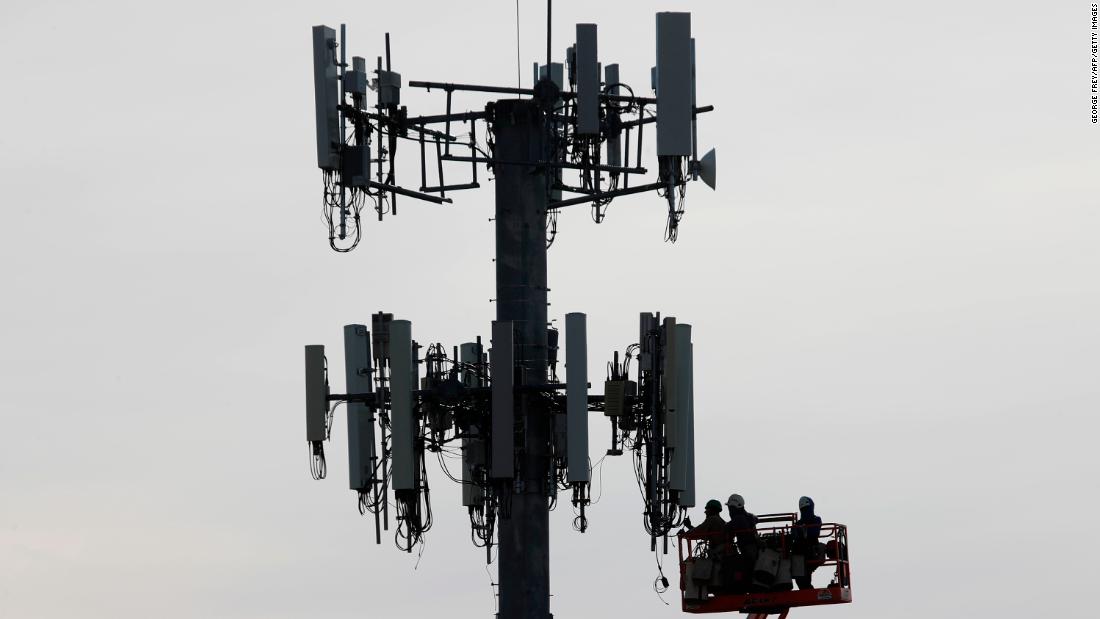 5G is coming. Here’s one way to invest in the telecom boom

New York (CNN Business) 5G wireless is a reality, and it’s gearing up for broad adoption.So it should come as no surprise that there is now a fund solely dedicated to the red hot technology.
The Defiance Next Gen Connectivity ETF ( FIVG ) — ticker symbol FIVG — launched earlier this year.The fund is a passive index fund that is based on the BlueStar 5G Communications Index.That means that there aren’t managers actively picking stocks, per se.But BlueStar will use several quantitative and qualitative rules to select which stocks make the index, says Paul Dellaquila, president of Defiance ETFs.So an element of stock picking will exist.

Dellaquila said that BlueStar is looking for telecom equipment companies, service providers and chip manufacturers that all have significant amounts of their businesses tied to 5G.

The top holdings are primarily equipment and semiconductor stocks, such as Skyworks ( SWKS ) , Analog Devices ( ADI ) , Marvell ( MRVL ) , Ericsson ( ERIC ) and Xilinx ( XLNX ) .But CNN owner AT&T ( T ) and Verizon ( VZ ) are also major components of the ETF.Read More T-Mobile has launched nationwide 5G.Here’s what that means Dellaquila explained to CNN Business that the idea for a 5G fund came about when Standard & Poor’s shook up its sector classifications last year.The old telecom services index, which included AT&T and Verizon, was eliminated and replaced by the communications services index.

That index, which AT&T and Verizon now call home, is dominated by media companies like Facebook ( FB ) , Google and YouTube owner Alphabet ( GOOGL ) , Disney ( DIS ) and Netflix ( NFLX ) .”Many institutional clients didn’t like this,” Dellaquila said.”They were already overweight the FAANG stocks and wanted a pure telecom fund.There also was an overwhelming interest in 5G.” So the content companies are not in the new 5G ETF — even though many of them will benefit from the wider rollout of faster 5G networks.Betting on the companies that will supply the 5G network builders Increased 5G adoption is clearly a bigger deal for the service providers — and the legion of tower, chip and equipment companies that make the infrastructure that is the backbone of these advanced high-speed networks.The deployment of 5G is helping companies like Ciena, a networking equipment firm that is part of the ETF.

Ciena reported a strong 2020 earnings outlook earlier this month, news that sent its stock surging.Ciena CEO Gary Smith said in an interview with CNN Business that the global rollout of 5G is very important for Ciena, since it sells gear to Verizon, AT&T and T-Mobile ( TMUS ) .Smith added that companies like Ciena are also benefiting from the 5G boom because many telecom customers have concerns about being too dependent on buying equipment from China.Smith said those fears started even before the US ban on equipment from leading telecom firm Huawei.Investing in esports just got a lot easier Still, even though 5G is expected to be a big trend in 2020 and beyond, the fund has actually lagged the broader market since it began trading in March.It’s up less than 5%, compared to a more-than 15% jump in the S&P 500 during the same time frame.

But Dellaquila, whose firm also has specialty ETFs catering to sustainable food trends, esports and quantum computing, isn’t too concerned yet.He said that many of the tech companies in the fund were hurt by concerns about tariffs from China — but that many of those worries may now subside following the Phase One trade deal.”Chip stocks and network equipment providers definitely got caught up in China trade talk concerns,” Dellaquila said.”But the future looks much brighter as these companies will benefit from the future global rollout of 5G.” He added that there has been strong interest in the ETF so far, even though it has underperformed.Dellaquila said it launched with about $2.5 million in assets under management and now has nearly $135 million.No Apple in the fund…yet Some dynamic companies currently not in the ETF could be eventually added when the fund rebalances, which it does every June and September, Dellaquila said.

For example, the ETF does not yet own Apple ( AAPL ) , mainly because it does not have a 5G phone currently on the market.But a 5G iPhone is widely rumored to be coming out in 2020.

The ETF also doesn’t currently hold T-Mobile since it only recently announced its bold plans to launch a 5G network .And while the fund does own shares of Chinese and other Asian companies that have US-listed stocks, most notably China Mobile ( CHL ) , it does not own Samsung.That’s because Samsung’s shares are not widely available to American investors since they mainly trade on the Korea Exchange.

“Samsung is not in the ETF.We would love to have them in the portfolio but it would be way too expensive,” Dellaquila said..