HomeEsportsHow charity apps may be making us more generous 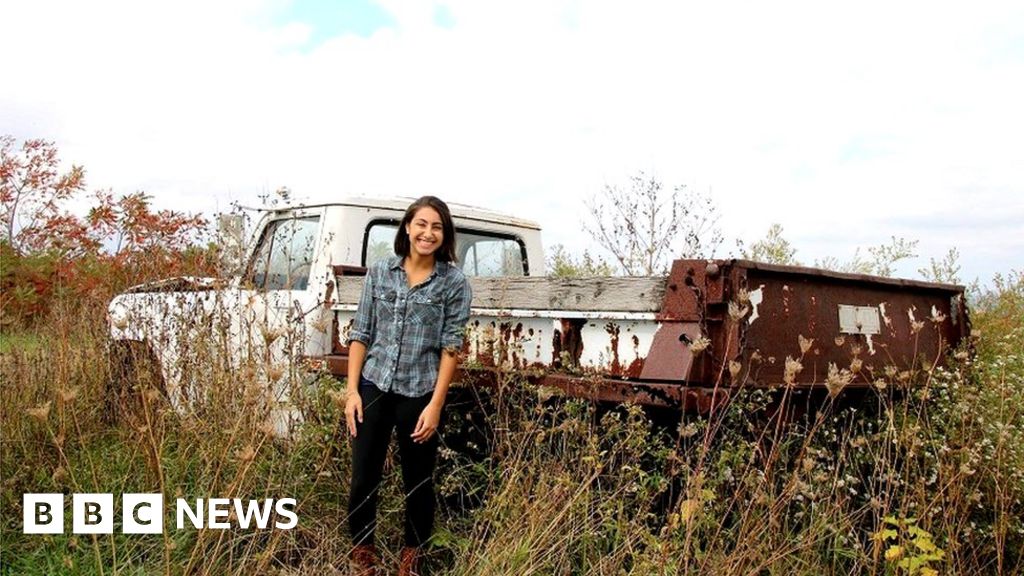 How charity apps may be making us more generous

How charity apps may be making us more generous By Jessica Bown Technology of Business reporter 17 December 2019 Share this with LinkedIn Copy this link These are external links and will open in a new window Close share panel Image copyright Victoria Alderman Image caption Victoria Alderman likes the “effortless” experience of donating through an app Every time Victoria Alderman eats out, she donates 10% of the bill to fight hunger and malnutrition via a charitable giving app.
And each time the 25-year-old receptionist from Cambridge, Massachusetts, takes an Uber 2% of the cost of the journey is automatically sent to climate change charities.
By using an app from Momentum to set up these and other giving rules, she has donated a little over $100 (£78) since May.
“It’s an effortless way to support charities,” Ms Alderman says.
“For example, I know I take far too many Ubers, so it’s great to be able offset some of the impact of that.” Artificial eyes: How robots will see in the future
US-based Momentum is one of many companies looking to change the way people donate.
Its chief executive Nick Fitz and fellow co-founders Ari Kagan and Ivan Dimitrov came up with the idea for Momentum while researching charitable giving.
“We found that most people would like to give 2.5 times as much as they do, and we wanted to do something to try to close that gap,” says Mr Fitz.
Application Programming Interfaces (APIs) – or communication protocols between clients and servers – are what makes the system possible.
“APIs allow us to link donations to people’s everyday lives, and to let them track the impact of their giving,” adds Mr Fitz.
“It’s often small actions, but they add up.The 1,000 or so people who’ve been trialling the app have already donated around $31,000.” Image copyright Givepenny Image caption Givepenny chief executive Lee Clark
APIs are also key to the flexible fundraising model of UK-based website Givepenny, which uses them to interact with popular services such as Spotify and Fitbit.
Via Spotify, for example, sports teams can set up a pre-match changing room playlist to which fans can add songs – in return for a donation to the team’s chosen charity.
“We use APIs to talk to third party platforms such as Strava and Twitch, so we can create cool features for people to use to raise money,” says Givepenny chief executive Lee Clark.
Knightenator, a 24-year-old game streamer from near London, is among those taking advantage of these tools.
She has raised more than £2,000 for homeless charity Shelter by linking her Givepenny page to her Twitch stream, allowing fans to donate money if they are moved by her appeal or want her to perform a forfeit, such as biting into a raw onion.Image copyright Knightenator Image caption Game streamer Knightenator has raised money by biting raw onions
“When you’re streaming, it’s really important to have immediate alerts so you can show people how it’s going and thank those who donate,” she says.
“People love the buzz of seeing their name on screen and it can create a real snowball effect.
“Let’s just say I’ve eaten a lot of raw onion!”
You don’t need your own stream to support good causes while online gaming, though.
US eSports platform Skillz runs Charity Gaming for Good Tournaments that are open to anyone with an iOS or Android device.
Last year it raised more than $120,000 for breast cancer foundation Susan G Komen over 10 days of mobile tournaments involving some 25,000 players.
“Skillz can help our charity partners reach a younger demographic and launch large-scale digital fundraisers with little overhead,” says Skillz founder Andrew Paradise.
“In turn, players get to be part of something bigger than just a game.” Image copyright Getty Images Image caption Traditional ways of collecting still dominate charity donations
Even with all these new ways to support good causes via the internet, online giving currently accounts for just 10% of all charitable donations.
That is expected to change over the next few years, though.
According to the Charities Aid Foundation (CAF) Charity Landscape 2019, 87% of charity chief executives now see investing in technology as a key priority.
“Voluntary donations are an important source of revenue for the charitable sector as a whole,” says Rhodri Davies, head of policy at CAF.
“Technology is changing where people are giving, with more people using online platforms to support causes.”
Crowdfunding is one of the most promising areas at present.
In just two years Beam, which founder Alex Stephany describes as a cross between a crowdfunding platform and a social network, has raised £563,000 by matching donors with some 150 homeless people looking to change their lives through training.Game changer?
But in years to come, Blockchain technology may prove to be the real game changer – mainly because it offers previously unheard of impact tracking features.
“Blockchain has so much to offer,” says Raphaël Mazet, chief executive of Alice, a UK-based Ethereum giving platform that aims to give donors full transparency.
“The charitable sector is full of inefficiencies and plagued by cynicism.
“Blockchain allows you to measure and control the social or environmental impact of your donations by creating smart contracts that automate payments and make them conditional to the desired impact having been achieved and validated.”
Issues remain, however.”I am positive about Blockchain’s potential,” Davies says.
“But the technology still isn’t really there yet when it comes to showing accountability at scale.” Related Topics.