HomeEsportsCarzzy ‘aiming for Rookie of the Split’ after Mad Lions debut 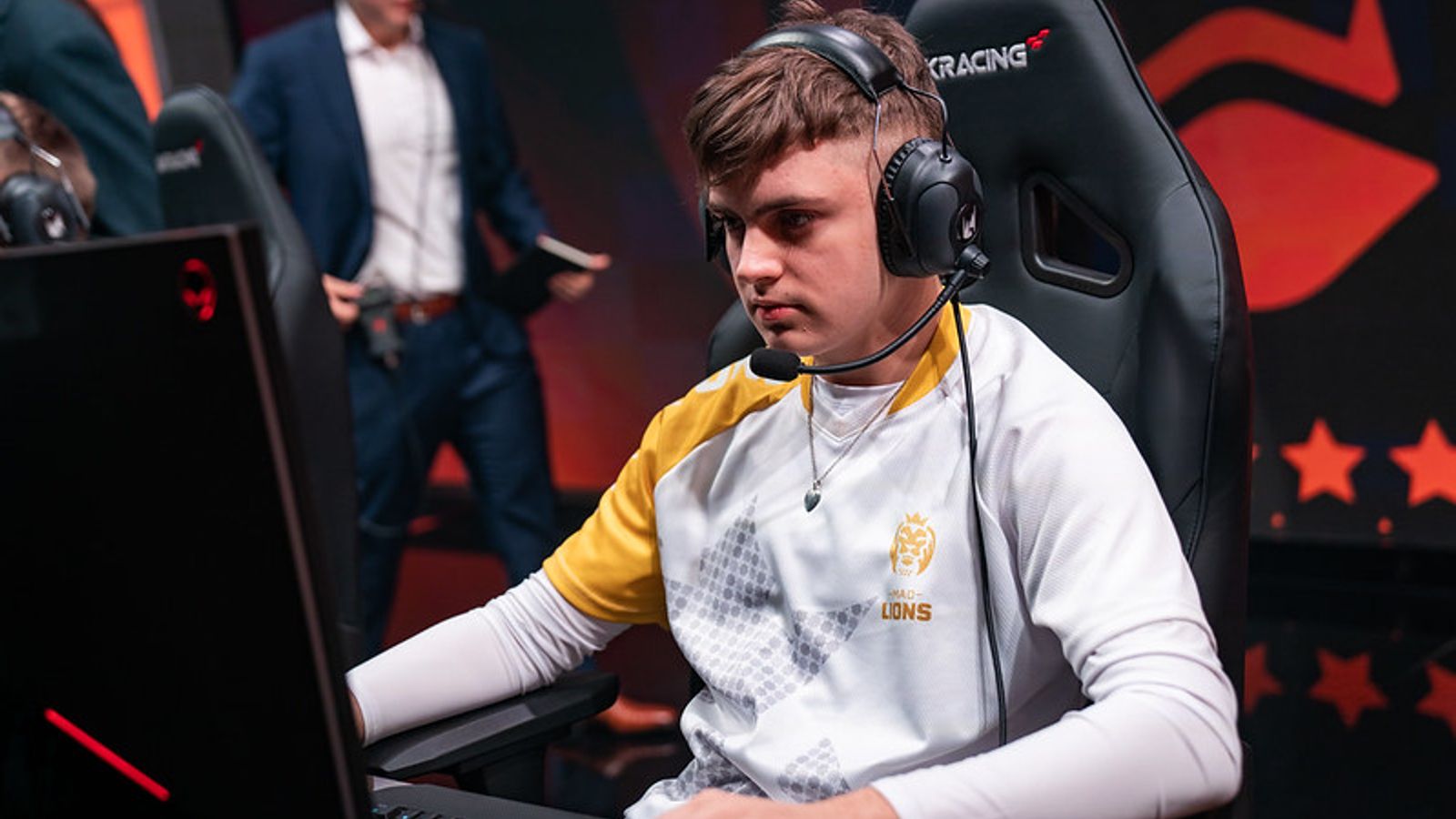 Carzzy ‘aiming for Rookie of the Split’ after Mad Lions debut

Mad Lions debut ” itemprop=”headline”> Mad Lions’ Carzzy ‘aiming for Rookie of the split’ after debut against G2 Esports in LEC By Yinsu Collins Last Updated: 25/01/20 11:12am Mad Lions’ Carzzy is confident he can perform on the LEC stage this split.(Credit: Riot Games) Mad Lions’ 17-year-old ADC Matyas ‘Carzzy’ Orsag is already eyeing the ‘Rookie of the Split’ award after making his debut against G2 Esports in the opening day of the LEC.
Mad Lions, formally known as Splyce, had to face 2019 Worlds finalists and MSI winners G2 Esports on their first day back in the League of Legends European Championship and, despite losing the game, they gave G2 a run for their money.
Carzzy, who is one of four rookies on Mad Lions’ roster, admits that the pressure got to him on stage but believes he has what it takes to win ‘Rookie of the Split’.
He said: “I think I played a lot worse than I expected myself to play.I had a lot of mechanical mistakes but I can definitely play a lot better.I felt a lot of pressure for some reason, even though we were playing against G2, so I shouldn’t really feel pressured.g2 picking unbalanced champs 🙁 — Matyáš Orság (@Carzzylol) January 24, 2020
“The game should have been ours if we didn’t get so stressed and mess up.In the mid game fight where I died to Aatrox and Senna, I should have at least killed Aatrox but I mis-clicked because I was a bit nervous.
“However, it was a decent start for us – we took something from this game and we learned a lot.I think everyone can expect a lot from me, I’m aiming to be the ‘Rookie of the Split’.”
Perhaps one of the toughest challenges Carzzy had to face was laning against Rasmus ‘Caps’ Winther – G2’s superstar mid who made the switch to bot for this split.But the Mad Lions youngster largely held his own early game and helped his team take a hasty advantage before G2 got themselves back into the game through a couple of skirmishes and team fights.

G2’s Caps made the role swap to bot in the offseason.(Credit: Riot Games)
Carzzy commented on his match-up with Caps and attributed some of his mistakes to the lack of practice on Aphelios.
He said: “Caps played passive Senna AD Carry so I can’t really say much more but he did play really well.Obviously he played smart and didn’t int – it’s hard to int as Senna.I’m sure he will be good in the ADC role.
“Aphelios is also really strong right now but I wasn’t quite sure about picking him because I haven’t practised him that much so my Aphelios isn’t that good yet.” Trending.