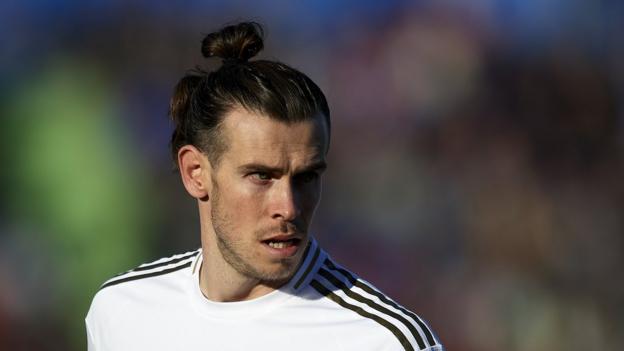 Gareth Bale has won four Champions League titles with Real Madrid Wales and Real Madrid winger Gareth Bale has launched a new esports organisation called Ellevens Esports.
It is co-owned with 38 Entertainment Group, founded by entrepreneur Jonathan Kark and former footballer Larry Cohen.
It includes a team which will make its debut at the Fifa eClub World Cup in Milan this week.
Bale is also inviting gamers from around the world to participate in a talent hunt to gain a professional contract with their teams.
In a statement Bale said: “There are similarities between football and esports in that it takes real dedication and sacrifice to reach the top of your game.
“I am looking to recruit a team of world-class players for Ellevens across a variety of games.
“Unearthing new talent is an exciting part of the process and it’s been really exciting to be involved in selecting our line-up of players so far.”
Among the recruits so far are players from Brazil, as well as Newport in Bale’s home country of Wales.Bale’s agent says he is ‘unlikely’ to leave Real Madrid even in summer
Ellevens also plans to expand to other esports multiplayer platforms such as Counter-Strike: Global Offensive, Fortnite and Rocket League.
The FIFA eClub World Cup will offer a total prize pool of $100,000 (£76,635) and a chance to earn Global Series Rankings points that will help players qualify for the Fifa eWorld Cup in July.
Prize money in esports has grown in recent years.
In 2019 American teenager Kyle Giersdorf won omore than $3m (£2.3m) after taking the top prize in a Fortnite tournament.
By comparison the winner of the US Masters golf earned a prize of just over $2m (£1.5m) and Wimbledon champions took home $3m (£2.35m).
Bale became the world’s most expensive footballer when Real Madrid paid Tottenham Hotspur £85m in 2013.
The 30-year-old has a contract with the La Liga club until 2022 but came close to leaving the club for China last summer.Share this page.