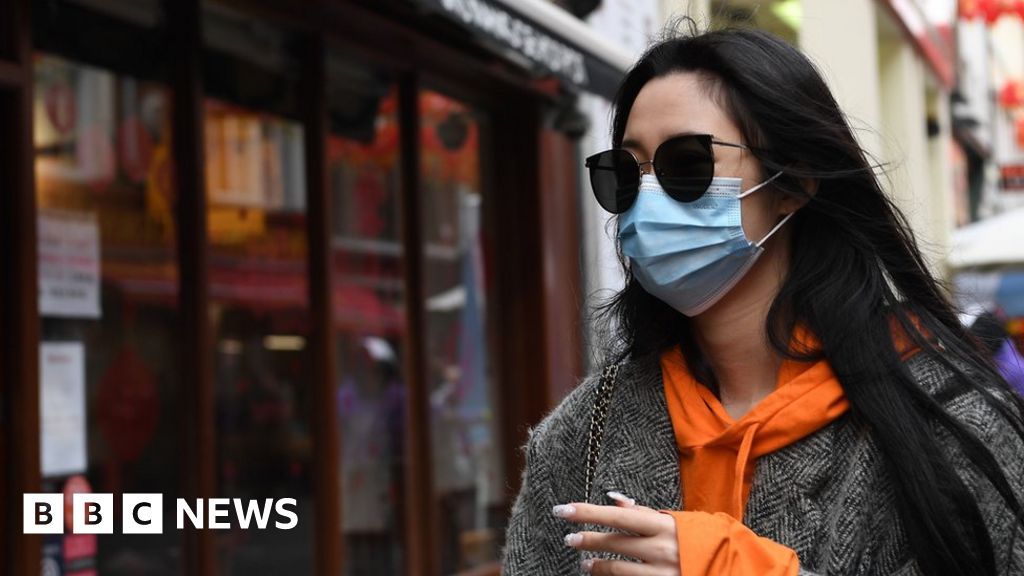 These are external links and will open in a new window Close share panel Image copyright EPA Image caption The coronavirus could reach Northern Ireland in days or weeks, according to an official from the Health and Social Care Board A mix of stories make up the front of Thursday’s papers.
Picking up on growing fears around the coronavirus crisis, the Daily Mirror leads with a story on the potential for a case locally “in the coming days or weeks”.
The paper has interviewed Dr Miriam McCarthy from the Health and Social Care Board, who outlines some of the provisions which are being taken.
She said if someone does contract it in Northern Ireland, they would be admitted to the Royal Victoria Hospital in Belfast, where there would be a “specialist isolation ward” and “high specification facilities”.
She added there was the potential for the person to be moved to England.Image copyright The Daily Mirror
Inside the paper has a story about a pair of Northern Ireland gamers set to take on the cream of the eSports world at a major competition next month.
Nick Hatton and Garey Vance will compete in the qualifiers for UEFA eEuro2020, competing in Pro Evolution Soccer 2020.
“When you consider how long I have been playing Pro Evolution Soccer, it is nice to get something back,” said Nick.’Frankly disappointing’
The Irish News leads with a story about the forthcoming report into the findings of the RHI Inquiry.
It reports First Minister Arlene Foster may be out of the country when the report is published next month.
It notes the first minister and deputy first minister usually travel for St Patrick’s Day.Image caption Arlene Foster may be out of the country when the RHI Inquiry findings are published, the Irish News reports
The Executive Office did not confirm details of either of their travel arrangements.
The report into the botched renewable heating scheme is due to be published on 13 March, the Friday before the St Patrick’s holiday weekend.
Speaking to the paper, People Before Profit MLA Gerry Carroll said the timing of releasing the document on a Friday was “frankly disappointing”.’A way to identify offenders’
Inside the paper has a story which could be of concern for anyone who may take a ‘hands off’ approach to dog fouling.
It reports Newry, Mourne and Down District Council is set to examine the possibility of using DNA testing to catch irresponsible dog owners.
The motion was brought before council by Alliance’s Patrick Brown, who said while it was expensive, it would be “a certain way to identify offenders”.
The News Letter carries on its front page a picture of Lu Na McKinney, 35, who died after entering the water at Devenish Island on Lough Erne in 2017.

Image copyright News Letter
Her husband Stephen McKinney, 43, denies murder on a date unknown between 11 and 14 April that year.
His trial is expected to last for eight weeks.

Image copyright Pacemaker Image caption Stephen McKinney denies murdering his wife Lu Na McKinney
Pictures of the pair also feature on the front of the Daily Mirror and Belfast Telegraph.
The News Letter also has a story on its front page about a document which has emerged from a church body showing support for same-sex marriage.
It is a document sent from a commission within the Church of Ireland, which said if two gay people have a civil partnership in Northern Ireland, they should be able to convert it to a marriage.
The paper reports it was included as part of a submission to a government consultation on allowing clergy to opt out of same-sex weddings on religious grounds.
In a response to the paper, the church’s press office said its teaching on the matter remain unchanged.
Thursday’s Belfast Telegraph reports three pupils have been suspended from Regent House school in Newtownards after a bullying incident.
It is alleged a group of year 11 students engaged in a video mocking people with Down’s syndrome, with the video uploaded to social networking app TikTok.
Inside, the paper has an interview with Lord Patten, the former Conservative Party chairman who led the body responsible for reforming policing in Northern Ireland.
Speaking to the paper, he said nationalist leaders could have done more to have encouraged Catholic recruits in the past, but that he was “delighted” parties, including Sinn Féin, were now “pretty positive” about encouraging recruitment.
Figures on the latest recruitment drive by the PSNI released on Wednesday showed around one third of applicants were from the Catholic community..