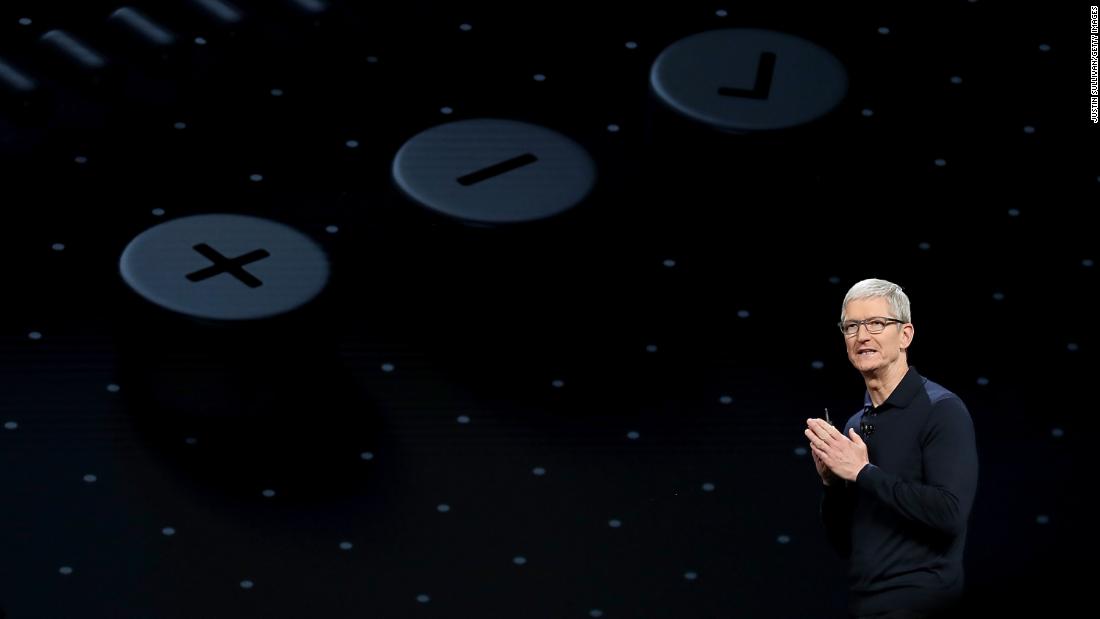 New York (CNN Business) Apple is shifting its annual Worldwide Developers Conference to an online format because of the coronavirus outbreak, it announced Friday .
WWDC usually takes place in California in either San Jose or San Francisco, with a livestream available for remote audiences.But for the first time in its 31 years, it’s going online-only.”The current health situation has required that we create a new WWDC 2020 format that delivers a full program with an online keynote and sessions,” said Phil Schiller, Apple’s senior vice president of worldwide marketing, in a press release.Compared to Apple’s September iPhone event that is more focused on hardware, WWDC is the tech giant’s platform for sharing software updates.At last year’s WWDC, Apple announced that it would phase out iTunes, redesign Apple Maps and add a much-requested dark mode to iPhones, iPads and the iPod touch.This year, it is expected to pull back the curtain on iOS 14 and the new Mac and iPad operating systems.

Read More “With all of the new products and technologies we’ve been working on, WWDC 2020 is going to be big,” said Craig Federighi, Apple’s senior vice president of software engineering in a press release.Apple ( AAPL ) said that its 23 million developers could tune into the event in June, with more details to come by email and on its developer site.

The company also said it would commit $1 million to organizations in San Jose “to offset associated revenue loss as a result of WWDC 2020’s new online format.” Revenue loss has been a big concern for local businesses in cities hosting major events that are now canceled, including South by Southwest .Apple isn’t the only company taking its annual conference online in light of the ongoing pandemic.Collision, one of Toronto’s biggest tech conferences, announced earlier this month it would be moving its June conference online.Several esports events have also begun to hold their matches online with no live audience..