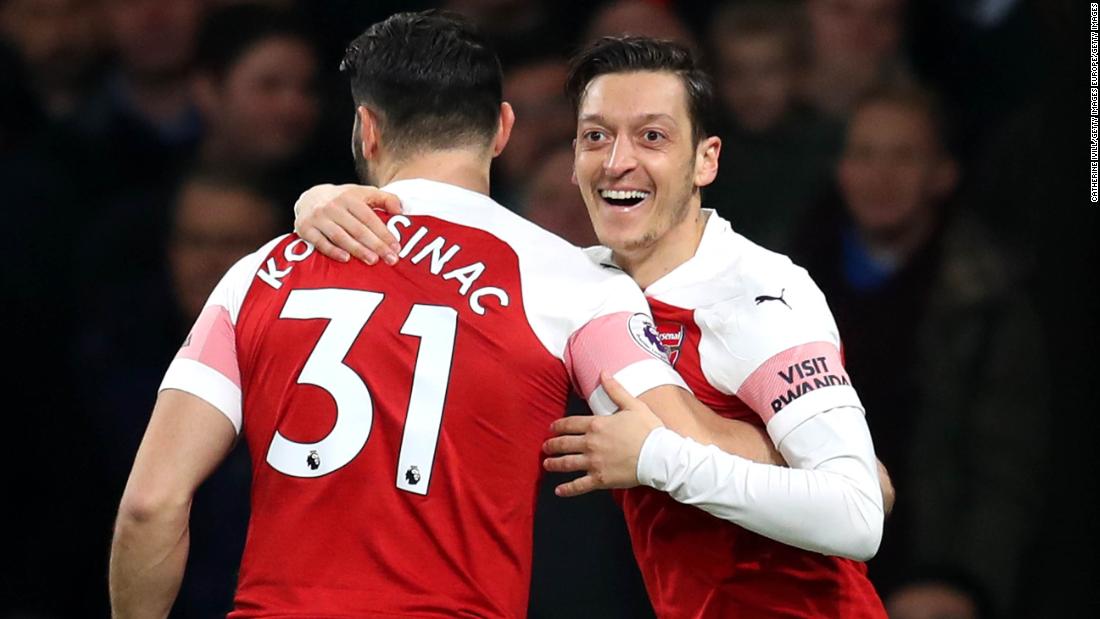 (CNN) With matches postponed and teams self-isolating, football stars are finding novel ways to keep their competitive juices flowing during the coronavirus outbreak.
Notably players have gone head-to-head over video games during a weekend when all of Europe’s top leagues were suspended .My man @IbaiLlanos reaching 62k ccu on Twitch shoutcasting two football players 1on1ing each other on FIFA pic.twitter.com/epgTyNsrkU
— Carlos – ocelote (@CarlosR) March 15, 2020 Spanish players Sergio Reguilon and Borja Iglesias played out the Seville derby on FIFA — defender Regulion, on loan from Real Madrid, playing as Sevilla, and striker Iglesias representing his Real Betis side.The real match was scheduled to be played on Sunday, but all La Liga fixtures have been postponed until April 3 amid the coronavirus outbreak.READ: Premier League in limbo as chiefs consider ‘radical solutions’ to finish season Read More At its peak, 62,000 people watched a stream of the game, which was hosted by esports personality Ibai.”As a sports athlete, you don’t spend more than three or four hours a day doing that so you have a lot of off time and a lot of that off time is spent doing video games,” Carlos Rodriguez, founder and owner of G2 Esports team which hosted the match, told CNN Sport.”These two worlds collide a lot …

these athletes both play and watch a lot of esports and video game related stuff.”It’s only natural for them.

They know who are (esports’) biggest stars, who are the best players, and of course they want to play with them.” READ: Brazilian soccer stars wear face masks in protest at playing match amid coronavirus pandemic Borja Iglesias receives a pass against Real Valladolid in August last year.Rodriguez says that the crossover between real and virtual sports is beneficial to both communities in terms of bringing in new fans, adding that the streaming numbers of the Seville derby were two or three times greater than usual.”If an athlete decides to stream you will undoubtedly get good numbers because these guys are really large and the gaming community really loves it when they get embraced by known personalities,” said Rodriguez.”When you go out and decide to stream or play a video game in front of everybody, people will be wanting to watch it definitely.” The virtual Seville derby ended 6-5 in Betis’ favor after Iglesias scored the winning goal — with himself.Ibai, a content creator for G2, also posted a video where he explained to Reguilon, Iglesias, Real Madrid goalkeeper Thibaut Courtois and Borussia Dortmund’s Achraf Hakimi how to play League of Legends.READ: Coronavirus outbreak provides sobering reality for sports Meanwhile, Arsenal midfielder Mesut Ozil, defender Sead Kolasinac and PSG winger Julian Draxler live streamed their sessions playing popular video game Fortnite.Arsenal’s Shkodran Mustafi (center) and Mesut Ozil (right) have been gaming while football has been postponed.The stream has currently had more than one million views and the players are using it to raise money for sporting charity BigShoe.

FIFA Quaran-Team It’s not just players who are moving fixtures online — teams have been at it, too.🤷‍♂️ Sure, connect four is cool but we’ve got a better idea!
We need 63 other teams to enter a knock-out FIFA 20 tournament.
To enter, all we need is the club to RT this tweet.
We will host a live draw this Tuesday…
🙏 for an away day to @ManCity #UltimateQuaranTeam #LOFC pic.twitter.com/7aycsrn48r
— Leyton Orient (@leytonorientfc) March 15, 2020 English club Leyton Orient is setting up a knockout tournament on FIFA, with teams from Australia, Denmark and the Netherlands — as well as from England, Scotland and Ireland — all agreeing to take part.The idea, which started after football club’s Twitter accounts played each other at Connect 4, will see sides put forward a representative to play as their club on FIFA.The initial competition — dubbed FIFA Quaran-Team, a play on the game mode FIFA Ultimate Team — would have featured 64 teams but it has swelled to 128 after a high level of interest on social media.

It seems fans can breathe a slight sigh of relief; maybe there will be some sort of football to watch after all..