HomeEsportsNo GP, but Max and Lando find a way to race 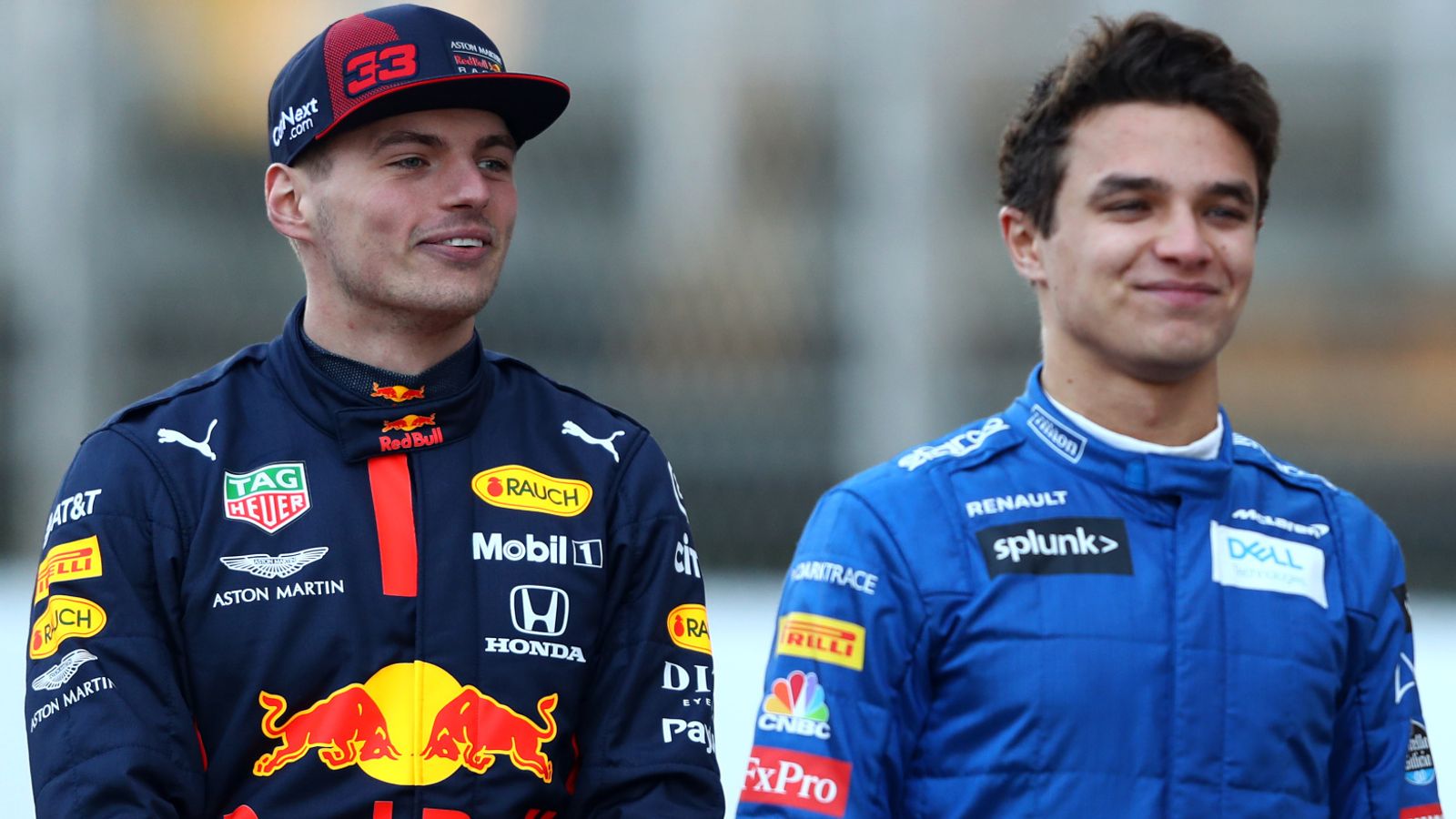 No GP, but Max and Lando find a way to race

Max Verstappen and Lando Norris may not have been competing in the Australian GP on Sunday, but two of F1’s hottest properties still found a way to get their racing fix.
With the Melbourne race cancelled due to the coronavirus outbreak, it was eSports to the rescue as Verstappen and Norris battled online.
Red Bull’s Verstappen finished 11th in an ‘All-star Esports battle’ with a cast of other real racing drivers and professional gamers.
McLaren’s Norris finished sixth in another virtual race, the ‘Not the Aus GP’ organised by Veloce Esports and shown live on Twitch.TV and YouTube.”I’M P6! WOH !!” đ
“I’m more nervous now than when I drive the actual car!” said Norris as he watched his view count tick up on streaming platform Twitch.How Verstappen and Norris got on
The 12-lap all-star race, organised by Torque Esports and The Race, featured a virtual version of the Nuerburgring – a German track no longer on the F1 calendar – and was won by Slovenian Jernej Simoncic.
McLaren Shadow’s Kevin Siggy was second with Rudy Van Buren, winner of the inaugural 2017 World’s Fastest Gamer competition and the prize of a simulator role with McLaren, finishing in third place.
Swedish IndyCar drivers Felix Rosenqvist and American Colton Herta were the highest-ranked real-world drivers in seventh and 10th places respectively.
Verstappen won one of three qualifying heats from pole position but qualified ninth for the final.
The Dutch 22-year-old spun at the first corner, dropping to 18th, but then showed his familiar overtaking skills and aggression to carve his way back up despite another spin.
Others who took part in the heats included Indianapolis 500 winner Simon Pagenaud and former F1 drivers Juan Pablo Montoya and Rubens Barrichello, as well as their respective sons, and double Formula One esports champion Brendon Leigh.Miss today’s action? Or simply want to watch it again?Here is the full video:Video start: 04:50 — Veloce Esports (@VeloceEsports) March 15, 2020
Veloce’s event featured Real Madrid goalkeeper and avid gamer Thibaut Courtois, as well as former F1 drivers Stoffel Vandoorne and Esteban Gutierrez.Also See:.