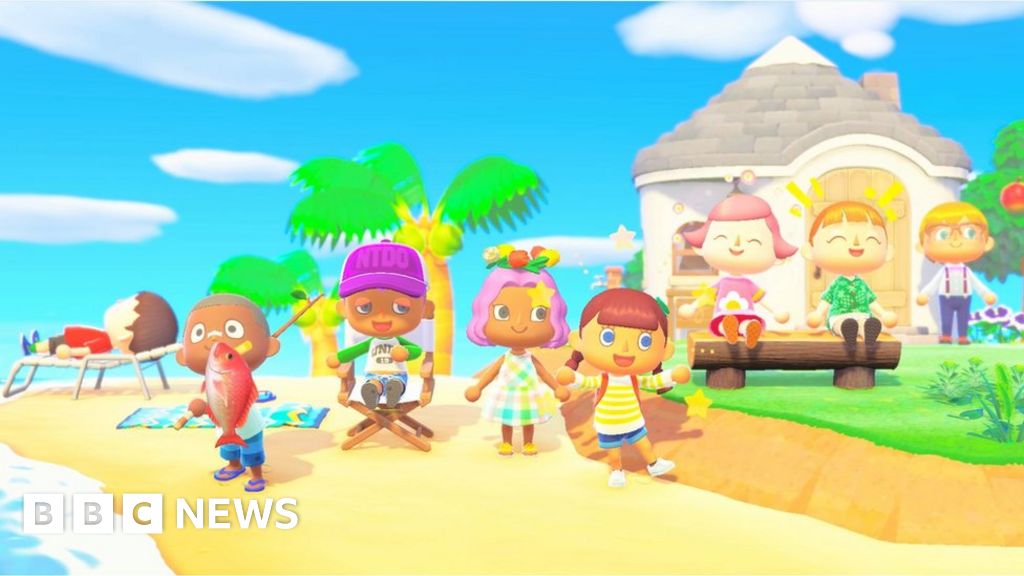 Animal Crossing, Warzone and the coronavirus impact By Steffan Powell Newsbeat gaming reporter 18 March 2020 These are external links and will open in a new window Close share panel Image copyright NINTENDO When you think about it gaming is the perfect activity for self-isolation.
You can still connect with friends, have fun and vent your frustration while at the same time being safely tucked-up at home in your PJs.
Some of my mates are already dusting off old consoles or scouring the internet for deals on a new one, which could give the games industry a boost at this tricky time.
Meanwhile the list of cancelled events, production problems and potential delays to big releases keeps on growing.
So while we get to grips with how things are changing IRL, here’s how it’s affecting gaming and a couple of bits of news that might help you feel a bit better about being stuck at home.Covid-19 and the games industry Image copyright Getty Images Image caption E3 2019 saw thousands of people flock to the LA Convention Center
During the past week, my life has been taken-up with reporting on coronavirus for BBC Radio 1 Newsbeat and then using any downtime to play the new Call of Duty release Warzone – it’s been great to get a bit of respite from the uncertainty the pandemic is causing.
The games industry has been seriously impacted by the spread of the disease – like so many other sectors.
E3 has been cancelled , meaning we wont have a week-long game announcement bonanza in Los Angeles this June.
This won’t affect major triple-A releases like the new Halo or Cyberpunk but it will no doubt mess with the development of more under-the-radar releases who rely on the buzz that a good showing at E3 creates.
Other important events like Rezzed in London and San Francisco’s GDC, that help independent developers, have been called off.
The gaming BAFTAs are being held without a live audience and pretty much every esports league is taking a break or going online only.Report
All of this means that even though you can still play games, the culture surrounding them has ground to a halt.Report
Because of the way the virus has impacted on China, where lots of the parts are made, some experts think they won’t be ready for release before Christmas – which is the current plan.
But don’t panic! This is just speculation at the moment as neither company has made an official statement yet.Warzone: My new obsession Image copyright ACTIVISION Image caption Warzone is the latest attempt from the Call of Duty franchise to make a successful battle royale game
I’ll come clean with you: I enjoy Call of Duty games – despite their flaws (here’s looking at you campers).
I follow the COD League, I watch YouTube videos and I play the games a lot.
But I’m also hopelessly tragic at it.I know what to do and when to do it – but actually making it happen is another kettle of fish.It really is a sad state of affairs.
Still, undeterred by my skill level, and like 15 million others from across the world, I was excited to try out the new COD entry into the Battle Royale genre – Warzone.Image copyright ACTIVISION Image caption 15 million people have played Warzone in its first week
Built to compete with Fortnite, PUBG and Apex Legends it introduces a few nice tweaks to the format where players drop onto an ever shrinking map and fight to survive.
It’s really slick to play.

It’s big, busy and brash and has gone down very well with the game’s community.Report
A good start all-round but if developers want to maintain this level of enthusiasm and draw players away from the competition long term – we know they’ll need to prove they can keep adding enough new content over the next few months to keep them interested.
The competition in gaming’s most popular genre is fierce – so it’s a big ask.

Animal Crossing Image caption Animal Crossing comes out on March 20th
It’s a franchise that is a million miles away from Call of Duty.
The newest release in the cute social simulator is nearly here and people are getting hype.Report
Animal Crossing: New Horizons will see players try and tame an island and look after the community of animals who live there.
The franchise, which is always a favourite of anyone who’s ever played it, has largely passed me by.
This latest entry into the series however could, by accident, be the best timed release in the history of games.
With all the uncertainly in the world the thought of crafting, fishing and harvesting crops with my pastel coloured animal friends suddenly seems irresistible.