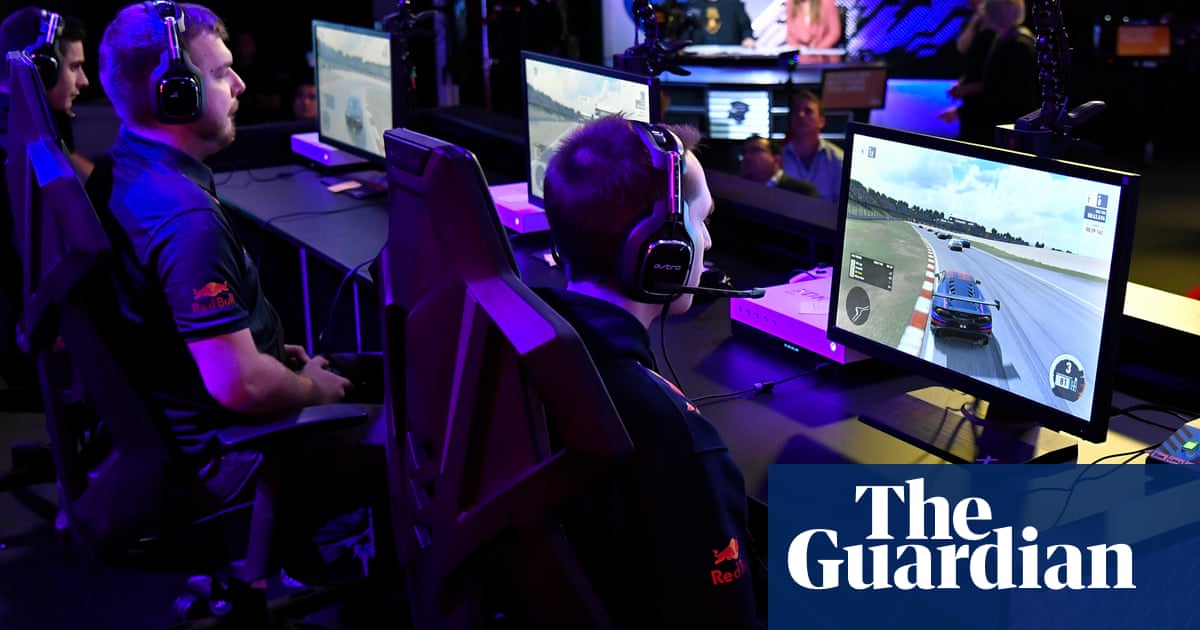 Australian motorsport has turned to the virtual world of esports to fill the void left by the Supercars postponement due to the coronavirus outbreak.Australian motor sport has turned to the virtual world of esports to fill the void created by the postponement of the Supercars championship due to the coronavirus outbreak.
Supercars on Wednesday announced it had called off the series’ next three rounds in Tasmania, Auckland and Perth, following the cancellation of last weekend’s event at Albert Park in Melbourne after just one day of racing.
Given the sport’s “visceral” appeal, the Supercars boss Sean Seamer said it is the intention of organisers to reschedule the races for later in the year rather than run the races behind closed doors.
F1 Esports season crosses line before top gamers steer out of virtual world | Paul MacInnes Read more
In the meantime, drivers will still be able to showcase their skills – just from in front of a television screen, rather than behind a windscreen – with plans for e-races to be hosted on social media and Fox Sports.
Teams will run their own virtual Supercars from drivers’ own homes on a weekly basis using the iRacing platform.Exact scheduling will be confirmed in the coming days.
“Fans will get to see our stars battle it out in a virtual world while we wait to go racing again for real,” Seamer said.
The racing will be livestreamed for free on Supercars’ official website and social media channels, and the international streaming platform Twitch.Fans with a Fox Sports or Kayo subscription will also be able to follow.
“Our sport is a visceral experience and rather than run without crowds, we have decided, along with our key broadcast and government partners, to delay any further racing until June,” Seamer said.
“Tasmania, Auckland and Perth events will all be postponed until later in the year, not cancelled.Fortunately, our calendar this year enables us to do this.
“Supercars’ priority is to deliver the 14-round 2020 championship for our fans and partners, irrespective of the dates.

Bathurst will obviously proceed on its scheduled date.”
It is not the first time since the outbreak of Covid-19 stars of motor sport have turned to gaming – after last weekend’s Australian Grand Prix was called off at the last minute, Max Verstappen and Lando Norris both took part in separate virtual races.
McLaren’s Norris was joined by Real Madrid goalkeeper Thibaut Courtois and former F1 drivers Stoffel Vandoorne and Esteban Gutierrez, along with esports professionals, in a virtual Australian GP, while Red Bull’s Verstappen raced in an “All-star Esports battle”.
Topics Motor sport esports Australia sport Coronavirus outbreak news.