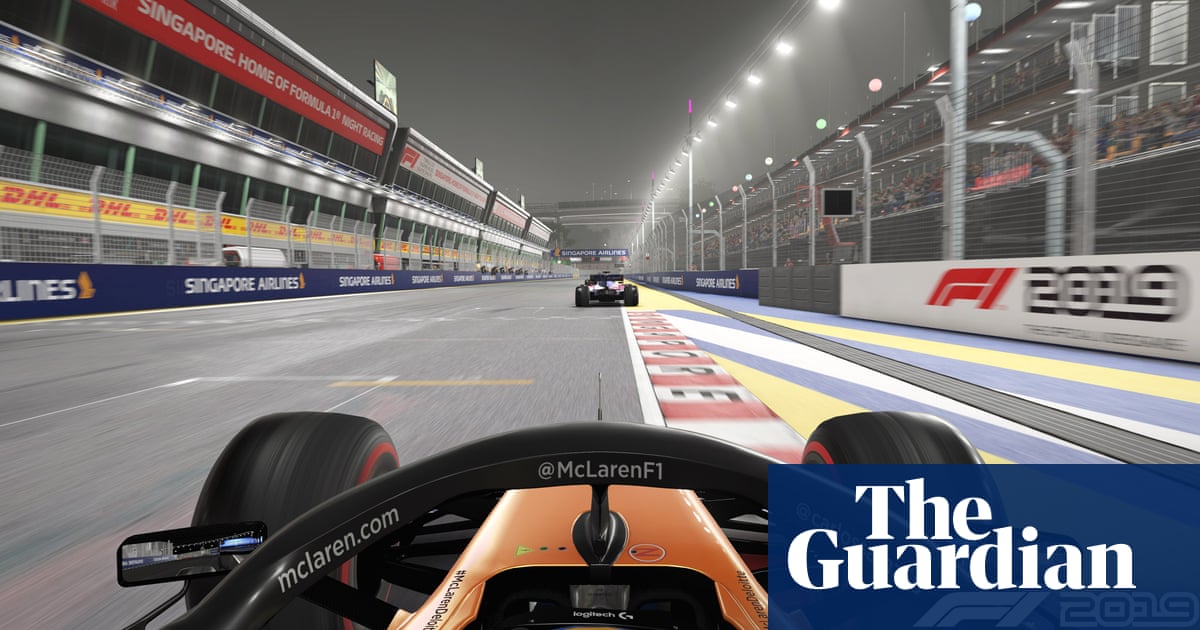 A virtual Bahrain Grand Prix will take place this Sunday after races were postponed due to coronavirus, with drivers competing remotely.Formula One is to run a series of virtual grands prix to fill in gaps left by races that have been cancelled or postponed due to coronavirus.The non-championship, esport events will feature current F1 drivers and other guest competitors and will take place on the days the real races were due to be held.
F1 teams have also responded with offers of help to the government’s request in supplying components for ventilator machines to treat those with Covid-19.
The F1 season has yet to begin, with the opening seven meetings all called off.Following this week’s postponements of the Dutch, Spanish and Monaco GPs , the earliest a race can now be held is 7 June in Baku.

In the meantime F1, which already has its own virtual racing series, has created a series of esport events that will allow drivers to compete remotely on a PC-based gaming rig using the Codemasters 2019 F1 game.
Dutch, Spanish and Monaco F1 GPs postponed because of coronavirus Read more
The first round will be held this Sunday, with a virtual Bahrain Grand Prix scheduled to start at 8pm.The live event, with drivers playing remotely, will last one and a half hours, featuring a qualifying session and then running 50% of real race distance – 28 laps.It will be broadcast for free on the official F1 YouTube, Twitch and Facebook channels.
Last weekend McLaren’s Lando Norris and Red Bull’s Max Verstappen both took part in separate virtual races online which proved to be very successful, with live viewers in the hundreds of thousands.
The F1 drivers taking part have yet to be announced but Mercedes have stated they are looking into the logistics of Lewis Hamilton and Valtteri Bottas taking part, subject to being able to supply them with the required equipment.The team confirmed they would be involved on some level regardless.
In order to create a level playing field across competitors with varying degrees of experience of esport racing, the settings will be configured to ensure equal car performance with fixed setups.

Vehicle damage will be reduced and drivers will have the option of using anti-lock brakes and traction control.
On weeks when no GP was scheduled F1 will also host online exhibition races where fans will have the chance to compete with real F1 drivers.Two of the postponed races, the Dutch and Vietnam Grands Prix, do not feature in the 2019 iteration of the video game and will be replaced by alternative circuits.
Sign up to The Recap, our weekly email of editors’ picks.Also on Friday, seven F1 teams based in Britain responded to the government’s request for businesses that could help to supply ventilator components for use in treating coronavirus victims.
Mercedes, McLaren, Red Bull, Racing Point, Haas, Renault and Williams have all offered to help, including using personnel and facilities to develop rapid prototyping, design, testing and manufacture.
A statement from F1 read: “All the teams have expert design, technology and production capabilities, and specialise in rapid prototyping and high value manufacturing, which is hoped can be applied to the critical needs set out by Government.
“It is hoped this work, which is being rapidly progressed, will produce a tangible outcome in the next few days.”
Topics Formula One Motor sport esports Games Coronavirus outbreak news.