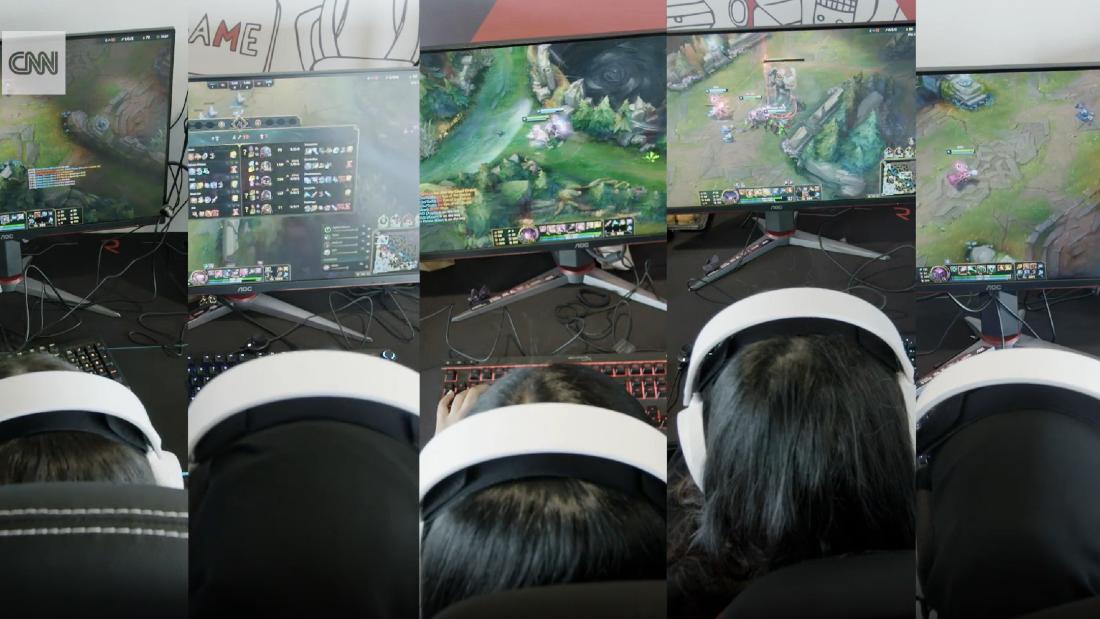 CNN’s series often carry sponsorship originating from the countries and regions we profile.However, CNN retains full editorial control over all of its reports.Our sponsorship policy .
(CNN) Professional gaming has been growing fast in recent years, with the global esports industry projected to pass $1 billion in revenue and reach an audience of 495 million in 2020.
But while women account for around 30% of that audience, and a rapidly growing proportion of gamers – almost half in the US – they are severely under-represented in the largest and most lucrative competitions.Not a single female competitor made the 100 finalists competing for $30 million prize money at last year’s Fortnite World Cup .Girl Gamer festival was established in 2017 to address this imbalance and the female-only event has made steady progress since.The fourth World Finals recently concluded in Dubai, with the cream of global talent testing their skills at “League of Legends” and “Counterstrike: Global Offensive” for prize money of $100,000.The event drew an estimated audience of 20 million online.

As host nation, the United Arab Emirates was entitled to enter a team but six months before the event no Emirati team existed.At that moment, local organizing group Galaxy Racer Esports and government partners held trials to form ” the Middle East’s first female esports team .” Read More The resultant “Galaxy Racer” team was formed of five young talents ranging from age 17 to 24, each with their own signature gaming handle; Madha Naz aka “Madi XO,” Arwa Hameed aka “Sylvari Flames,” Reem Faisal aka “Sins,” Fatima Said aka “Rose,” and Amna Raad Alameri aka “iMoki.” JUST WATCHED This deaf 13-year-old girl signed to a professional esports team Replay More Videos …MUST WATCH
This deaf 13-year-old girl signed to a professional esports team 02:55 The team trained intensively in the lead-up to the tournament for up to eight hours a day under the tutelage of Portugese coach Rafael Nunes aka Dinep.”When the opportunity of Girl Gamer festival came I dropped everything,” says Madha Naz, 23.”I hope this experience changes my life because it’s something I quit my job for.I am really hoping this is my career from here.” The team members have faith in their abilities and see opportunity in the growth of esports, but also attest to the barriers that exist for women in a male-dominated field.”There is bullying online whenever they know that I am female,” says Arwa Hameed, 17.

Suppressed female talent is just waiting to be unleashed, says Paul Roy, CEO of Galaxy Racer Esports.”One-third of all esports viewers are women…but female representation in esports is extremely low,” says Roy.”This is the only sport where men don’t have a physical (advantage) but there’s no platform profile for women.” Most tournaments are open to both genders but women don’t tend to compete in male-dominated events, he says.But Roy suggests the tide could be turning through moments such as Chinese gamer VKLiooon becoming the first female winner of the Hearthstone Grandmasters Global Finals.”We want to get to a point eventually where tournaments like Girl Gamer no longer exist…and you have men and women playing on the same team and competing with each other,” says Roy.”But as a start it made sense to give female representation a very strong platform.” The CEO also says he plans to expand the Galaxy Racer squad with the best players from across the region and refine their talents in “the first dedicated high end training facility in the Middle East.”.