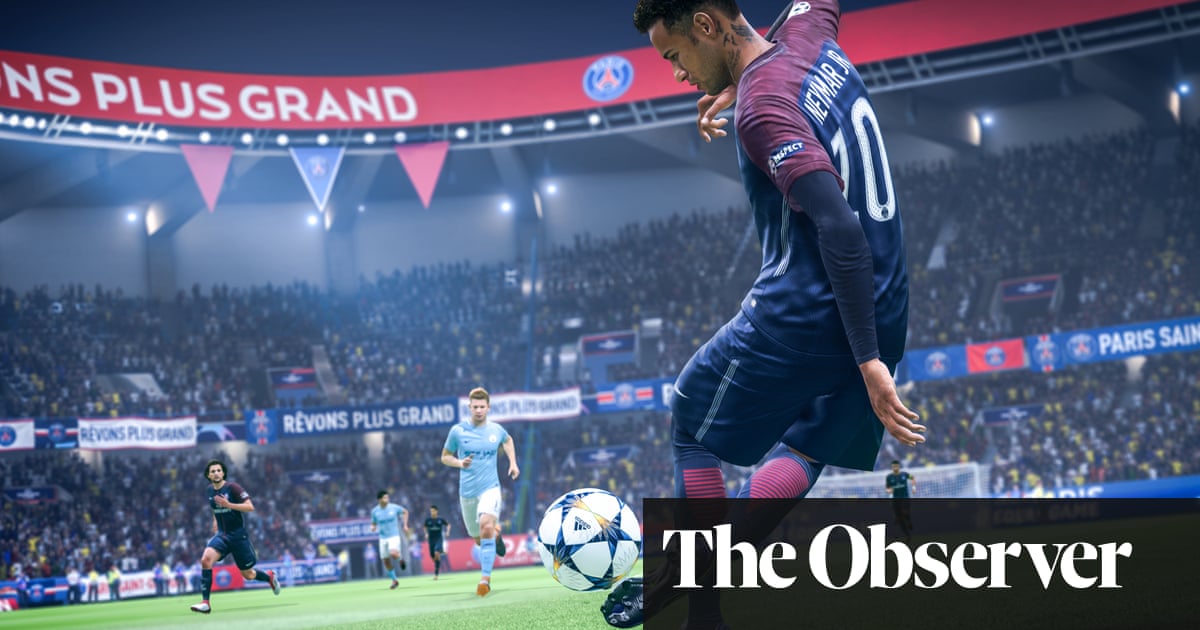 Bookies hope punters will open up to esports betting as share prices fall with no regular sport on the horizon.S ince the essential raw material of their business is chance, bookmakers tend to assume that they will, for the most part, enjoy an unlimited supply.For more than 200 years, through periods of immense social, economic, political and technological upheaval, bookies have carried on adjusting the odds on an ever-expanding number of sports and events, paying out winners and taking a percentage for their trouble.
Now, at a stroke, the sporting diary has effectively, and indefinitely, been cleared as a result of the coronavirus pandemic.Horse racing meetings, the weekend-to-weekend routine of the football season and the big annual or one-off events like the Grand National, the Masters golf and Euro 2020 have all been scratched in less than a fortnight.And what use is a bookie when there is nothing to bet on?
Far from the gladdening crowd: live sport is our collective therapy Read more
The share prices of gambling firms are falling as fast, and in many cases even faster, than the rest of the market.

On Friday, it was down to 39.86p, a drop of 73% in three weeks.Flutter, the parent company of Paddy Power and Betfair, said on Monday that its profits could be down by between £90m and £110m in 2020.William Hill’s latest estimate is a hit of £100m-£110m, while GVC, which owns Ladbrokes and Coral, put the figure at £130m-£150m.
Even at the best of times, few have much sympathy for bookmakers.Now, at the outset of the worst times that any of us are likely to experience, there will be no sympathy at all – indeed, many will see their collapsing share prices as a small crumb of comfort as “normal” life recedes into memory.Yet the gambling industry as a whole – of which bookmaking and betting is a significant part – supports at least 90,000 jobs.Like other major employers, it will have a role to play in restoring some normality to the economy when the current crisis is over.
Bet365, the biggest player in the online market but also a privately-owned business with no shareholders, announced a huge package on Friday to support more than 4,000 employees at its base in Stoke-on-Trent, guaranteeing that all salaries will be paid until the end of August.
For employees of their rivals in what was, until recently, a fiercely competitive market, the future is less certain.

“Our primary focus continues to be on protecting the welfare of our colleagues,” a spokesperson for SkyBet said.“Of course, the cancellation of sporting events has had an impact on our business but our customers are still able to enjoy a selection of greyhound racing, global horse racing and some other sports that are still taking place around the world.”
It is a time to expect the unexpected.“We’ve been doing quite good trade on table tennis,” Rupert Adams, of William Hill, says.“In terms of live matches and streaming, there’s quite a lot still going on in eastern Europe at the moment.It’s been quite a successful in-play event.It’s good news for us that Irish racing is going ahead, and there’s still racing from South Africa and Hong Kong, but it’s hard and will continue to be for some time.”
Facebook Twitter Pinterest Thurles in Ireland staged races on Saturday.

Photograph: PA Wire/PA
While Ireland is the only major European racing nation still staging meetings, greyhound racing continues behind closed doors in the UK, with no fewer than 160 races scheduled in Britain on Saturday, spread throughout the day from the 8.12am at Harlow to the 10.35pm at Crayford.Crayford, in fact, staged two cards: 14 races in the morning from 10.36am to 1.57pm, and 12 more from 7.27pm to 10.35pm.
Betting on the dogs is often seen – perhaps fairly – as a product for an older generation of punters in the (now-closed) betting shops.But while turnover on the sport dropped below £1bn for the first time in 2019, that suddenly feels like a market that is worth reassessing.One option which all firms are likely to pursue vigorously is pushing customers towards fixed-margin gaming products like roulette, bingo, online slot machines and virtual racing.
“That side of our business has never been stronger,” Adams says.“Ten years ago, before that side was so important, we would be in trouble, there’s no doubt, but I think it is fairly robust, and of course, across more countries than before.”
A gambling medium which seems to sit somewhere between the two is esports: competitive video gaming which can be live-streamed for in-play betting.While the action is computer-generated, though, there are real people pushing the buttons, who have abilities and and form that can be assessed.

This is very much betting and not gaming, while esports overall is already a robust, billion-dollar operation.
Quick guide Horse racing tips for Sunday 22 March Show Hide
Downpatrick
1.40 Barnaviddaun 2.10 Wajaaha 2.40 Bread And Butter (nb) 3.10 Jimmil (nap) 3.40 Yeats Mardy 4.10 On The Sod 4.40 Ballyadam
Was this helpful?
Thank you for your feedback.

Punters used to betting on racing or football may take some persuading to unravel the ins and outs of League Of Legends and Defence Of The Ancients 2, but Quaran-team, a 128-team global FIFA 2020 tournament, could be much more appealing.
Launched via a tweet on Leyton Orient’s Twitter account less than a week ago with the aim of raising £50,000 for charity, the competition will include players representing many well-known English clubs including Manchester City, Wolves, West Ham and Aston Villa, with some actual Premier League stars among them.And it has already generated a lively betting market, with early favourite Sheffield Wednesday Esports displaced at the top of the market by Man City Esports at 8-1.
With untold millions around the world under lockdown, it could be a much-needed distraction for punters and fans alike when the virtual players kick off at 7pm on Monday.
Topics Sport betting The Observer Horse racing esports features.