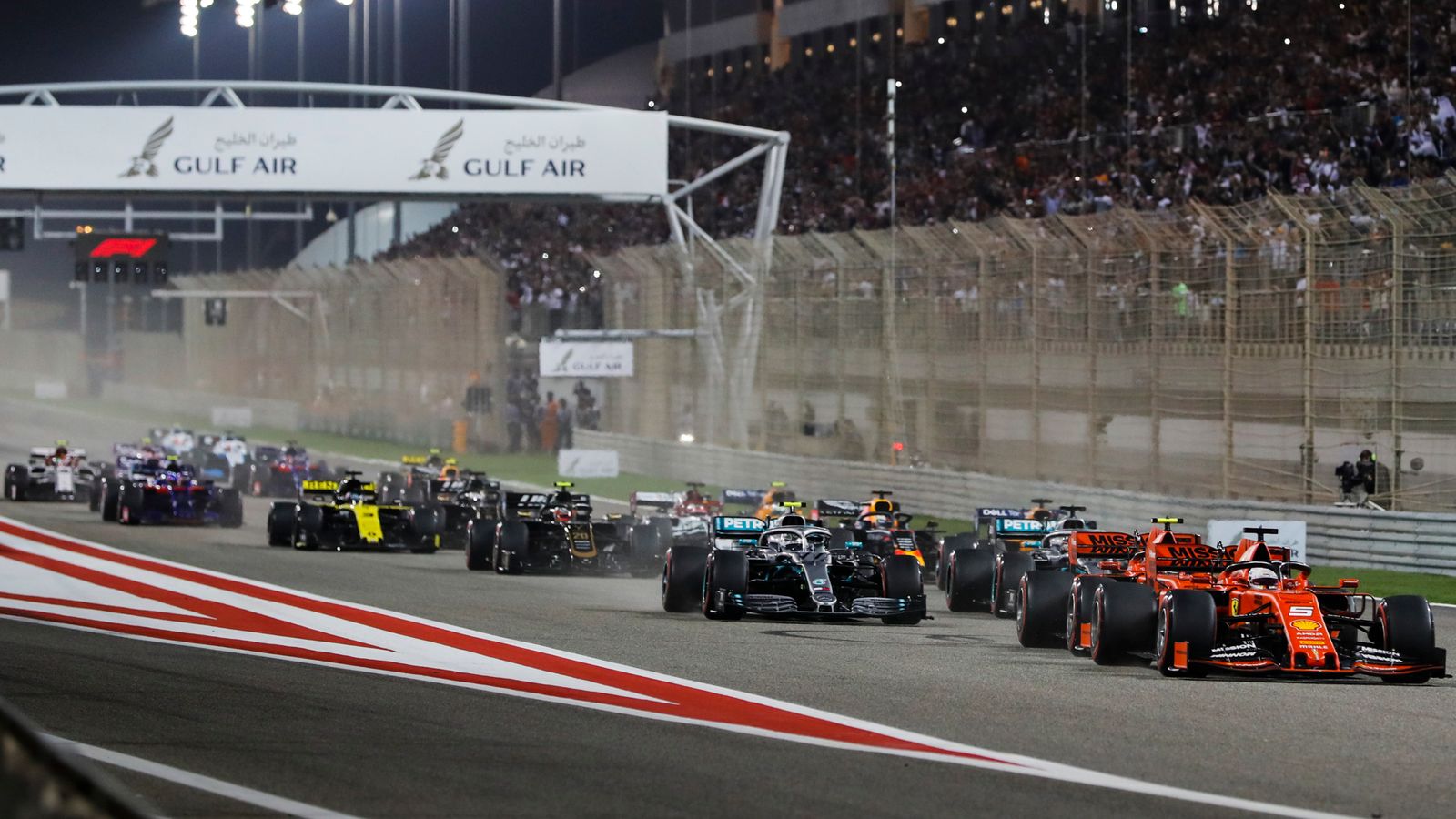 Sky Sports will air the F1 Esports Virtual Bahrain Grand Prix on Sunday evening as the sport returns to a different kind of racing entertainment amid the coronavirus crisis.
The event starts at 8pm and airs on three channels – Sky Sports F1, Sky Sports Main Event and Sky Sports Mix (Sky channel 145).Plus, on Sky F1’s YouTube channel too!
The event will also be covered in full on Sky F1’s digital and social platforms – with video clips and a live blog.
A mix of current, reserve and former drivers are expected to appear – in addition to special guests – with F1 set to confirm the complete line-up imminently.Get Sky Sports Get a Sky Sports pass
McLaren’s Lando Norris and Williams racer Nicholas Latifi are the drivers from the current grid who have confirmed so far, while Nico Hulkenberg will also compete.Legendary Olympic cycling champion turned racer Sir Chris Hoy has signed up to race for Red Bull, while golfer Ian Poulter will race for Renault.
Sky F1’s Johnny Herbert and Anthony Davidson will also be racing.
With the 2020 season not starting until June at the earliest, F1 is plugging the racing void by turning to Esports with a Virtual Grand Prix to take place instead of each actual race.
“The first race of the series will see current F1 drivers line up on the grid alongside a host of stars to be announced in due course,” said F1.
“In order to guarantee the participants safety at this time, each driver will join the race remotely, with a host broadcast live from the Gfinity Esports Arena (or remotely if required).”
Using the F1 2019 PC video game, the first virtual GP on the Sakhir track will be a 50 per cent length race with 28 laps and feature a qualifying session.
Who’s racing in the Virtual GP? Stoffel Vandoorne (Mercedes).