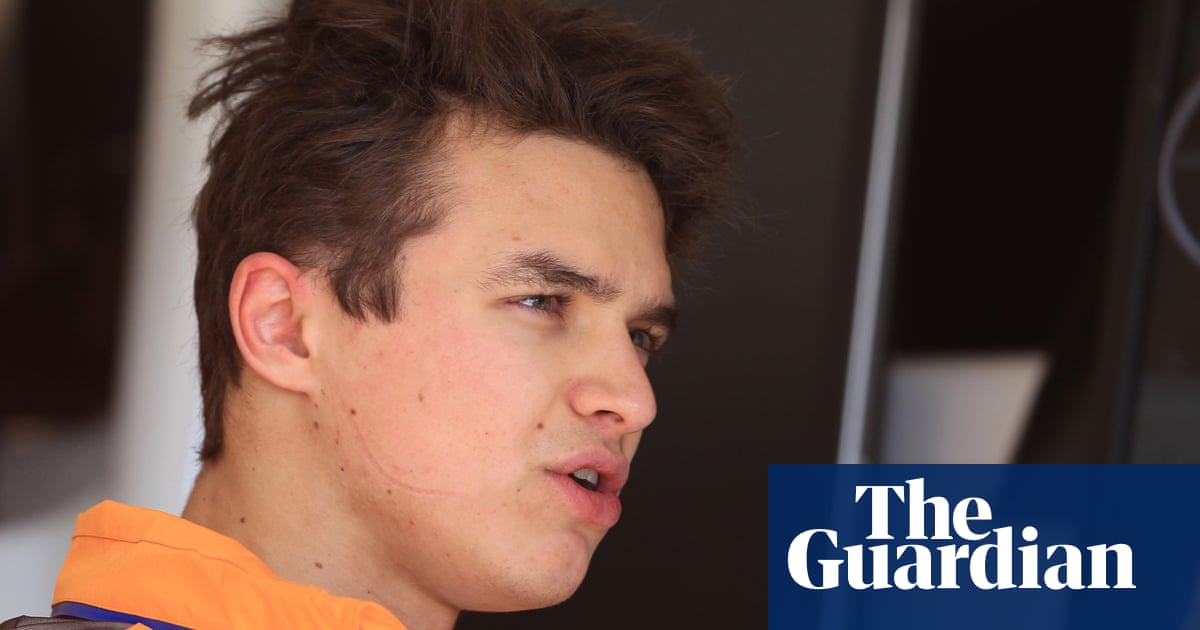 F ormula One successfully ran its first virtual GP on Sunday with the Bahrain Grand Prix won by Renault’s Chinese test driver Guanyu Zhou.The esport event created to fill the void left by the opening seven meetings of the season being called off was a qualified success.It worked, albeit with technical issues but the driver lineup was far from the representative of the real grid, with current F1 drivers decidedly thin on the ground.
F1 had hoped to involve as many current drivers as possible but of the 2020 grid only McLaren’s Lando Norris, a keen gamer, and Williams’s Nicholas Latifi were racing.Latifi in his rookie season, has yet to actually compete in a real F1 race.
F1 drivers prepare for face-off in virtual races following postponements Read more
Norris took no part in qualifying or for part of the race, apparently unable to connect to the session.Norris’s Twitch stream, as he called fellow drivers and friends while sat at home in his racing rig, was hugely entertaining, as his AI-controlled car continued to lap regardless.
Try as the presenters did to talk up how the event was supposed to be just a spot of fun it was impossible not to sense that was simply a diversion from a grid that was miles away from what would have actually been in Bahrain.
Alongside a range of YouTube gamers, Mercedes had former F1 and current reserve drivers Stoffel Vandoorne and Esteban Gutiérrez representing them, while Red Bull had six-time Olympic champion Sir Chris Hoy in one of their seats.Renault had golfer Ian Poulter, taking part from his home in Florida.

Liam Payne, the former member of boy band One Direction, was also on track as well as Lewis Hamilton’s brother, Nicolas, who is competing in the British Touring Car Championship this year.
The race itself was an entertaining, knockabout affair, opening with a short qualifying session, in which Austrian sportscar driver Philipp Eng took pole.

Aiming for the level playing field the sport’s management is hoping to achieve in real life, the game’s settings had been configured to ensure equal car performance, requiring no individual set up and with reduced damage.
As expected then there were robust exchanges but little finesse with such a disparate set of drivers.There was fun to be had but this was a far cry from the real thing.Yet with so many confined to their homes perhaps this light-hearted show would appeal beyond the sport’s traditional fanbase.
The race was run on the Codemasters F1 2019 game, with the competitors taking part on PC gaming rigs remotely.

It was broadcast live on Sky and for free on the F1 Twitch, Facebook and YouTube channels.Technical issues forced the expected 28 lap half-distance race, to be reduced to 14 laps.
Sign up to The Recap, our weekly email of editors’ picks.F1 will run further virtual races on each weekend of the forthcoming meetings called off thus far, Vietnam, China, Holland, Spain and Monaco..