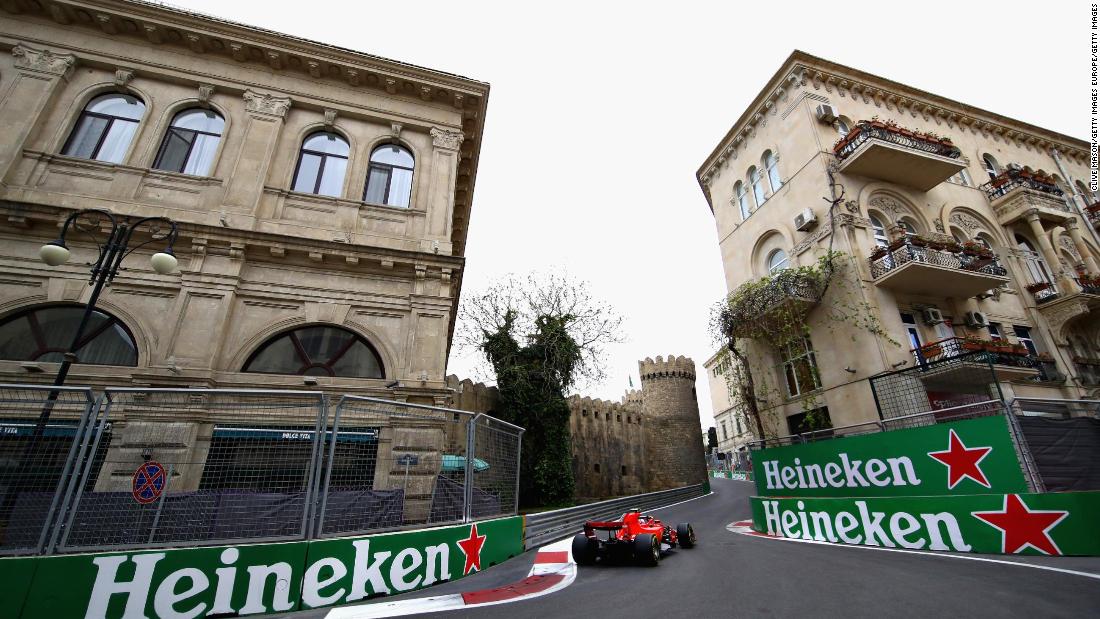 (CNN) The Azerbaijan Grand Prix has been postponed, becoming the latest sporting event to be affected by the coronavirus pandemic.
The race in Baku — due to take place on Sunday, June 7 — is the eighth Formula One race to be impacted by the spread of Covid-19 .Race organizers — Baku City Circuit (BCC) — explained that it would continue to work with the authorities “with a view to announcing a new race date later in the 2020 season.” “BCC’s primary concern throughout has been the health and well-being of the Azerbaijani people as well as all visiting F1 fans, staff and championship participants,” Monday’s statement read.”BCC shares its fans disappointment at not being able to experience the pinnacle of motorsport race through the streets of Baku this June.” Read More READ: Hamilton is ‘well’ following isolation after he was pictured with Idris Elba, who tested positive Fernando Alonso on track during practice for the Azerbaijan Formula One Grand Prix at Baku City Circuit in 2018.Races in Bahrain, Vietnam, China, Netherlands and Spain have all been postponed already whilst the Monaco Grand Prix and Australia n Grand Prix have been canceled outright.The earliest the 2020 World Championship campaign can now begin is in Canada on June 14.Formula One rules dictate a minimum of eight races must be held for a season to be defined as a World Championship.

Other motorsport events have also been impacted by the spread of the novel coronavirus.The 2020 Formula E season was put on hold as ePrix’s in Rome and China were put on hold.The first two rounds of the MotoGP season in Qatar and Thailand have also been postponed.Confirmed coronavirus cases have now topped 341,000 globally, according to CNN’s tally.