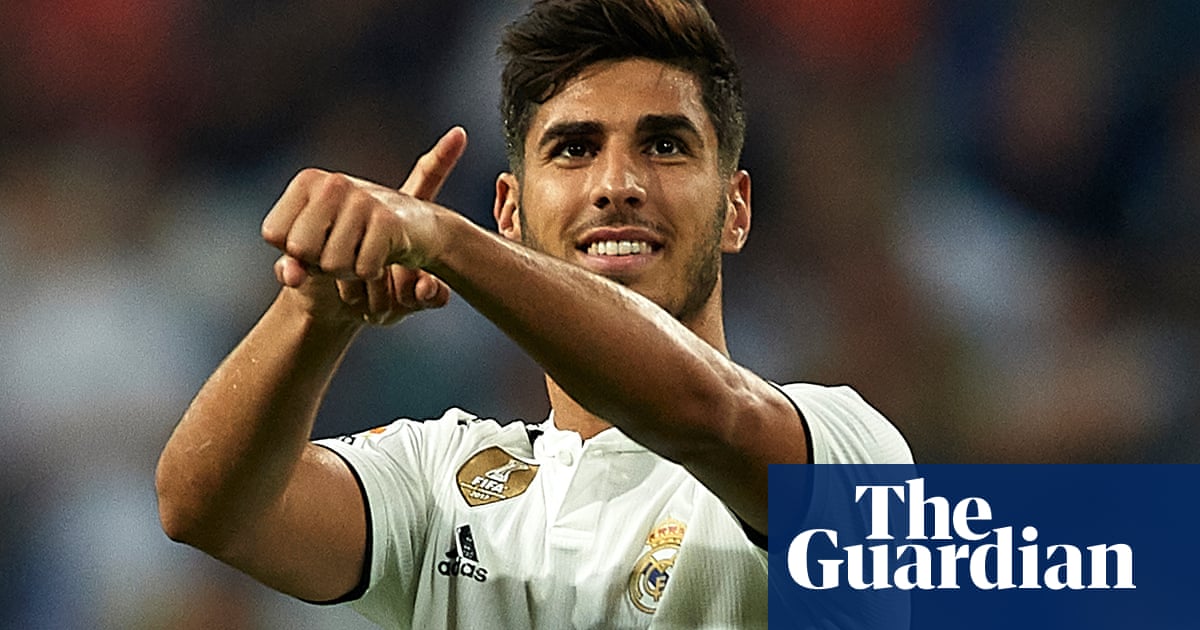 Real Madrid’s Marco Asensio has been crowned champion of La Liga’s Fifa 20 video game tournament.The Real Madrid forward Marco Asensio has missed the entire season with a serious knee injury but the time away from the pitch paid unexpected dividends when he was crowned champion of La Liga’s Fifa 20 video game tournament on Sunday.
With Spanish football on hold because of the coronavirus pandemic, players traded the pitch for PlayStations in an online tournament organised by the esports commentator Ibai Llanos and endorsed by La Liga.
‘I thought it was appalling that the Atlético fans were allowed to come’ Read more
More than 170,000 people watched Asensio, playing as Real, beat Aitor Ruibal of Leganés 4-1 in the final, the culmination of a weekend of action involving 18 La Liga sides.
Barcelona and Real Mallorca were not allowed to take part because their clubs are sponsored by Konami, the creators of Fifa 20’s main competitor, Pro Evolution Soccer.
The tournament, which was also broadcast on Spanish television, raised more than €140,000 (£129,000) to fightCovid-19.
The Spanish sports media enthusiastically covered the online tournament, with the leading newspapers Marca and AS broadcasting the matches on their websites as well as publishing match reports and live blogs of the games.
The La Liga commentator Miguel Ángel Román joined Llanos in presenting the matches, and players gave interviews afterwards in another move to replicate the feel of a traditional match.
Topics Real Madrid La Liga Coronavirus outbreak esports news.