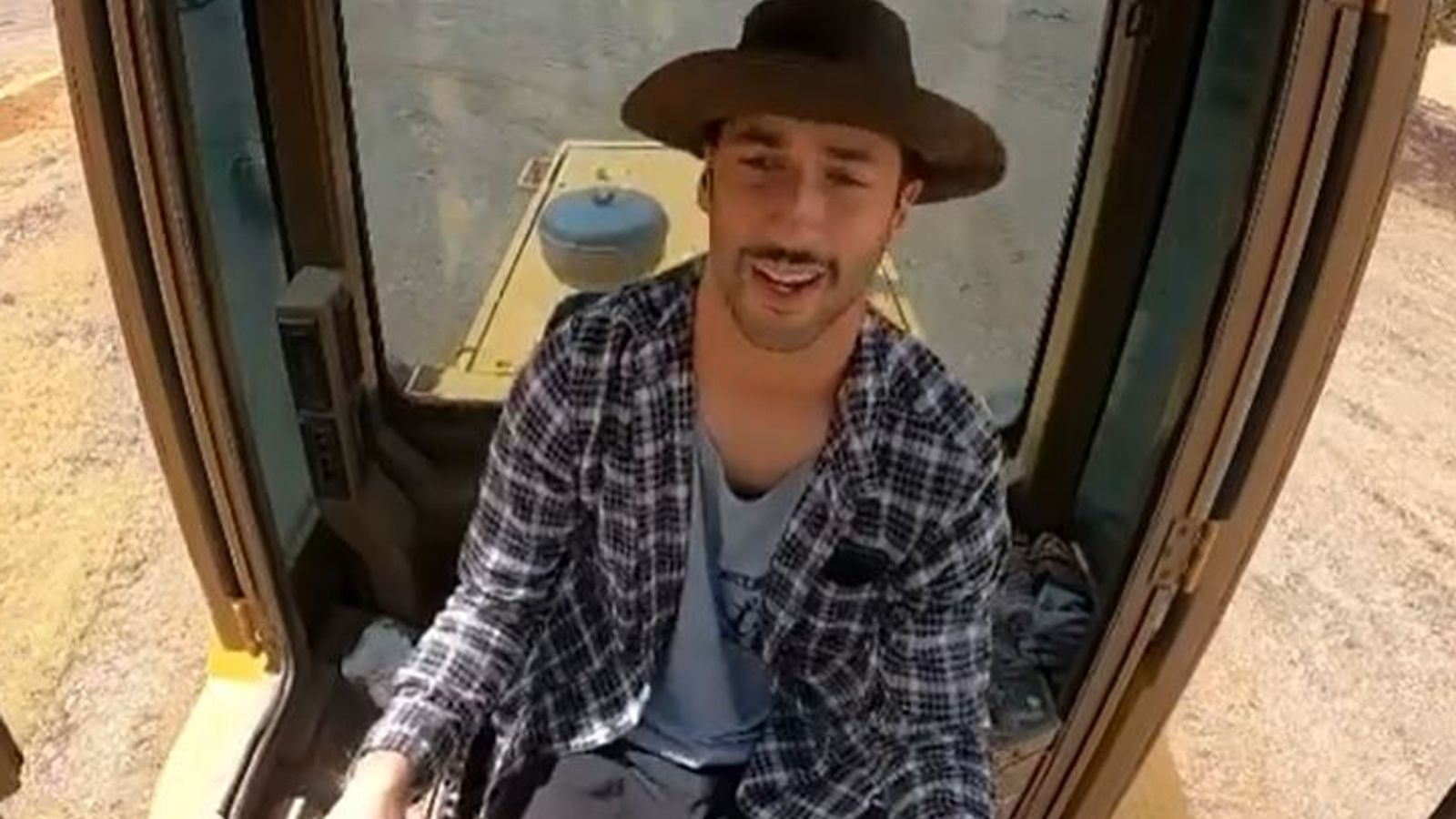 Daniel Ricciardo has explained how he is spending his time at home on the farm – and the tractor video that got Instagram talking!
With all Australians being urged to stay at home amid the coronavirus pandemic, the Renault driver has certainly been doing just that on his parents’ farm.
In a video viewed more than three quarters of a million times on Instagram, Ricciardo sings along to music while trundling along in a tractor – the ultimate contrast to the high-speed skills required to be an F1 driver.
He explained all in a live Q&A video on Renault’s Instagram feed:
“Dad’s livelihood is earth moving so he has driven those pretty much his whole life.That’s his business,” explained the Aussie.”They prepare all the land to build house, and levels and stuff like that.A post shared by Daniel Ricciardo (@danielricciardo) on Mar 22, 2020 at 2:57am PDT
“They had a spare on the side, it’s a bit of an older one but they leave it on the farm so I can build things and be a kid.
“I’ll do training and whatever and then I’m not training every hour of the day, when I’ve got some free time I get on that.

It’s pretty fun.”
Appearing in typically jovial spirits, Ricciardo said that when he wasn’t training he was watching “Netflix…or looking at the stars”.
“Training is definitely the thing that’s keeping me with that competitive mindset,” he said.
“You get some anger out when you train so that’s my medicine for now.” A post shared by Daniel Ricciardo (@danielricciardo) on Mar 24, 2020 at 4:02am PDT
He added: “I feel like now it’s kind of perfect to stay in shape as we’re forced to stay in.

We can really create a training camp.

I think you’re going to see a lot of drivers, and people in general, look pretty fit when this is over, I hope.”
Like most sportspeople, Ricciardo and his fellow F1 drivers are working towards an unknown start point for activities to resume – with all Grands Prix called off until mid-June at the earliest.
And the Renault man admitted the extended wait for racing was starting to hit home.
“I watched on an on-board of Monaco last night and got a little sad,” said Ricciardo of the cancellated 2020 May event.”They’re all going to hurt, Melbourne of course being so close.