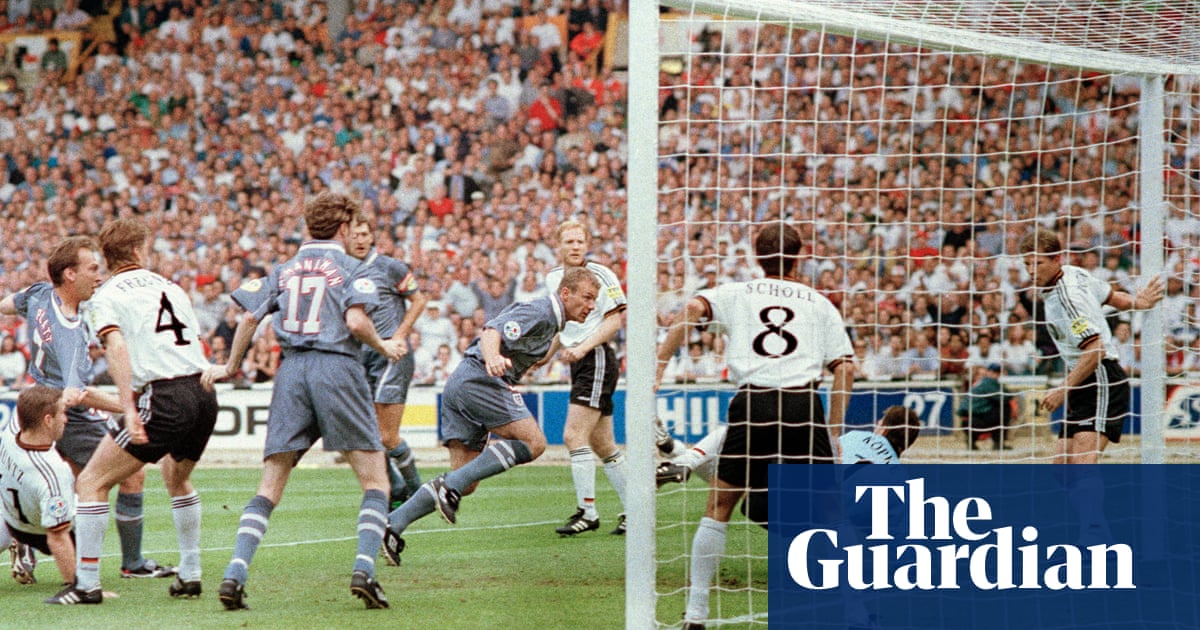 Plus …remembering Johan Cruyff and esports taking over from the real thing.1) To accompany our retro MBM series, here’s some actual footage of the events we’re retrospectively describing.Scott Murray talked us through Chelsea’s 1970 FA Cup final replay win against Leeds on Saturday – here’s the action from Old Trafford .Or to cut to the chase, it was all about the tasty, er, challenges .

Next up, we revisited that Euro 96 semi-final – here are highlights of it not coming home .And if you really want to wallow in the mythology of that summer, here’s the full ITV documentary looking back on it all.
2) In a happy alternative universe, England’s cricketers would be taking on Sri Lanka in the second Test this week in Colombo, which was the venue when England won the tightest and most combative series these sides have contested, in 2001, with Graham Thorpe steering England to a nervy four-wicket victory to wrap up the series 2-1.

And here’s the last time Moeen Ali looked truly on top of his game for England, skittling Sri Lanka in tandem with Jack Leach to seal a series whitewash in Colombo in 2018 .And while we’re on the subject of Sri Lanka, shall we have a bit of Murali ?
3) A young keeper keeps himself busy during self-isolation .And a less accomplished piece of amateur penalty-taking .At the same time, the pros are keeping themselves very busy.Manchester United’s Angel Gomes goes for the bin , Trent Alexander-Arnold hits a garden ornament that looks like a cement mixer, James Milner has entertained the masses and Ben Chilwell is coming up with fun ways of making tea .
4) This week marks four years since the death of Johan Cruyff.Not only was he a genius on the pitch but also a fine manager.Whether it is talking tactics , dribbling around opponents or banging in the goals , Cruyff was absolutely box office.

Ultimately, he was an original artist on the football pitch , too.
Facebook Twitter Pinterest
5) For those feeling a touch more energetic during these quiet times, you can always run a marathon on your balcony .There are still plenty of options, including kicking toilet rolls and parkour .
6) The first virtual Formula One grand prix took place this week, due to the lack of actual racing.

Lando Norris was involved, alongside Liam Payne and others of a similar ilk.Norris spent a lot of time on his phone to race support, which might explain why he did not win.
Our favourites from below the line last week 1) Ian Wright’s mouth-agape classic football shirts warehouse tour .
2) Zambia’s handball dreams for Tokyo 2020 (now put on hold)
3) Footgolf at Tottenham .
4) The history of the mile .
Spotters’ badge: whobroughtoranges
Guardian YouTube football channel
Do subscribe, if you fancy.
Guardian YouTube sport channel Do subscribe, if you fancy.
Topics Cricket YouTube archive features.