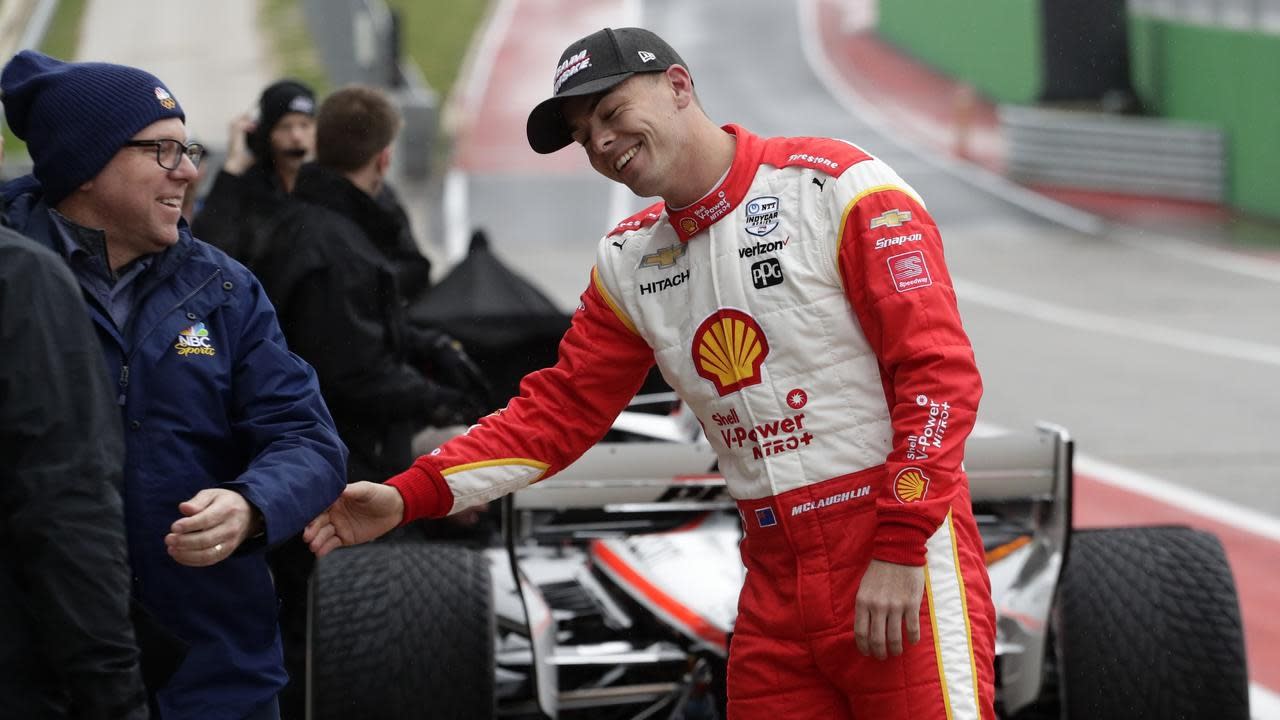 Supercars’ McLaughlin’s US dream delayed Oliver Caffrey Supercars’ champion Scott McLaughlin’s IndyCar ambitions have been put on hold by the coronavirus More Instead of living out his IndyCar dream, two-time defending Supercars champion Scott McLaughlin will be racing online in May.The Ford flyer was due to make his American debut in Indianapolis on May 9 for Team Penske.But the coronavirus pandemic has affected another world sports event, with the IndyCar series pushing back its calendar.The Indianapolis Grand Prix, which McLaughlin was supposed to race in, is now slated for July 4.The Shell V-Power ace even approached Fox Sports to ensure the race would be beamed back to Australian audiences.There is currently a gap in the Supercars calendar for McLaughlin to head across to Indianapolis, but that could change.Supercars boss Sean Seamer’s priority is to still hold all 14 rounds of the championship despite racing postponed until June.

Catch-up races could be slotted into the near-month gap between the Townsville and Darwin rounds.

There is also the added element of what travel restrictions will still be in place to help contain the spread of COVID-19 by then.In the meantime, McLaughlin will headline a virtual racing series, with all Supercars drivers signed up for the Esports event, which will be aired on Kayo and Fox Sports.

The 26-year-old tops the Supercars championship following one completed round at the Adelaide 500.McLaughlin secured the second race around the South Australian capital’s street circuit, with Red Bull Holden legend Jamie Whincup winning the first.

Qualifying was held for four 20-lap races at the Australian Grand Prix, but F1 bosses made the unprecedented call to abandon the event.”When we got called off at AGP, that was probably the first time when we were like ‘far out, this is pretty full on’,” McLaughlin told SEN.”It was very weird and something that not many people have ever seen in their lifetime.” .