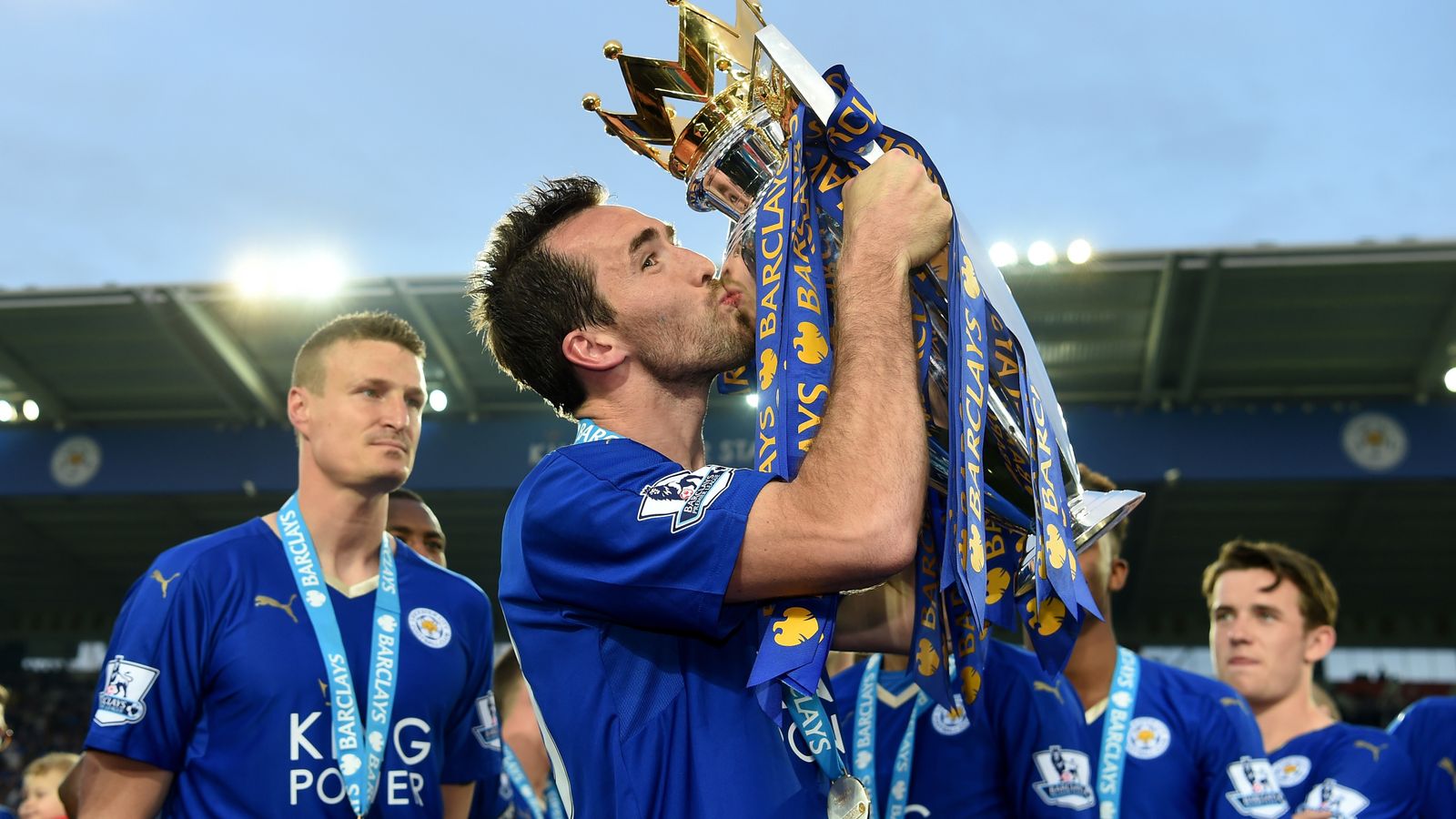 What is Christian Fuchs up to while in lockdown in New York? What did it feel like winning the league for Leicester? Is he serious about joining the NFL?
Leicester defender Fuchs has answered your questions in an Instagram Live with Soccer AM.
He’s also asked to name the best dancer at Leicester, discuss his career highlights and what music he listens to pre-match.How often do you go between Leicester and family in New York?
Brendan Rodgers is a very good manager, a very nice manager and during international breaks he understands my situation, as he does with all the other players.He’s letting me go every break for a week, so far, to New York.That was the idea this time, but I’ve ended up here much longer at the moment, but I really appreciate that and it’s good when you have a relationship like that to have this time granted by the manager.The Debate: How are EFL clubs coping? What did it feel like winning the league for Leicester?
I think every Leicester fan in that stadium through the season experienced the same feelings as us.Very happy, but then lifting the trophy where a lot of people get jealous; it’s hard to put into words.

It’s such an amazing moment, it’s something you’ve worked for your whole career, you never know if you’ll achieve something like that and the way we achieved that, with the odds at 5,000-1, no one thought it was going to happen, right? But it was extraordinary.The famous Tottenham-Chelsea match, the night you won the league, what was Jamie Vardy’s party like?
It was a close community and group so I can’t talk about it too much, but we’re humans like anyone else, and when you achieve something like that it’s time for a party! It was not for the cameras, but for the first half an hour, maybe an hour after the game was over, when we were officially champions, we were just screaming for like an hour.

We couldn’t believe it had happened.— Christian Fuchs (@FuchsOfficial) May 2, 2016 Was there a moment you started believing?
No, honestly no.It was always the other clubs, the other teams, that were more realistic to win the Premier League.It’s definitely not Leicester after just escaping relegation and getting promoted the year before.The hope was there, you feel the hope deep inside you, but you don’t want to talk about it.At Jamie’s party, the final whistle, instead of hoping it becomes a realisation and oh my god, those feelings were unbelievable.

It’s hard to express.Who’s the funniest player at Leicester?
We have a very interesting changing room, with a lot of characters.Everyone loves to have a good laugh.You can never vote for yourself! I sit right next to Jamie Vardy and he gives off this dry humour all the time, short sentences and to the point and I really have to tell you he’s up there.

But we have a dressing room which is very good and important to a successful squad.Who’s your Leicester player of the season? How are you keeping yourself busy?
There’s so much to do that you only realise when you’re forced to do it! Going around on quad bikes, going up in the waterfall we have, we’ve been going around with metal detectors – we found coins on our property! It’s a 30-acre garden so it’s huge.I keep myself busy with my soccer academy with my coaches, it’s important for us to still train at home even though players can’t come in to train.
Being at home doesn’t mean sitting on the couch, you can still make space in the living room even if you don’t have a garden.

We have eSports tournaments, everyone loves Xbox and PlayStation – we’re running a competition at the moment where the winner gets a contract with my eSports team.Christian Fuchs recently caught up with LCFC TV to tell us how he’s keeping fit plus his tips on keeping busy and home schooling! ⏬ — Leicester City (@LCFC) March 31, 2020 Who’s the best dancer at Leicester?
The people that love to dance, it doesn’t have to be your taste but it’s Wilfried Ndidi and Kalechi Iheanacho.What would you put on the pre-match playlist?
I love everything 70s, 80s, I grew up in the 90s but it was the music from the 70s I love.I even love classical music.

When I’m in the car it’s just Classic FM.I need to be calm, I’m a calm person anyway.Best winger you’ve faced or player you’ve ever played with?
For me, from my time in Germany, it’s Arjen Robben.

Everyone knows what he’s doing, dribbling dribbling dribbling, short touches and he turns inside and crosses or shoots.But you don’t know when he’s cutting in, and over the first few yards he’s just too quick to stop.
I faced him probably 10 or 12 times, and it was never easy.
In training I hated playing against Riyad Mahrez, he’s an outstanding player.You might like him, you might not like him, you might not like him because he left Leicester! But playing against him is not easy.
He was one of the players that stood out in that season, he did well, stayed at Leicester and he was a brilliant player for them in the years he was there.Riyad Mahrez in action for Manchester City Favourite away ground in the Premier League?
It’s Old Trafford.

Who was your idol? Did you have an inspirational player you wanted to be like?
I had two – one was the Brazilian player Rivaldo, my kids don’t know him which I’m very disappointed about but for Manchester United it was Eric Cantona.I liked the character and presence he had – he always put his collar up, I loved his presence and being the leader on the field.
He’s someone I would love to meet at some point.What’s the best atmosphere in England?
Our home ground! But I think for every team it’s their own stadium.I really appreciate how our fans are positive throughout the games, obviously it happens but you barely hear any cursing from the stands.I don’t like it myself but if someone does it at me, it motivates me more – it’s about football and I give my answers on the pitch.It’s loud with the clappers that we have.Also See:.