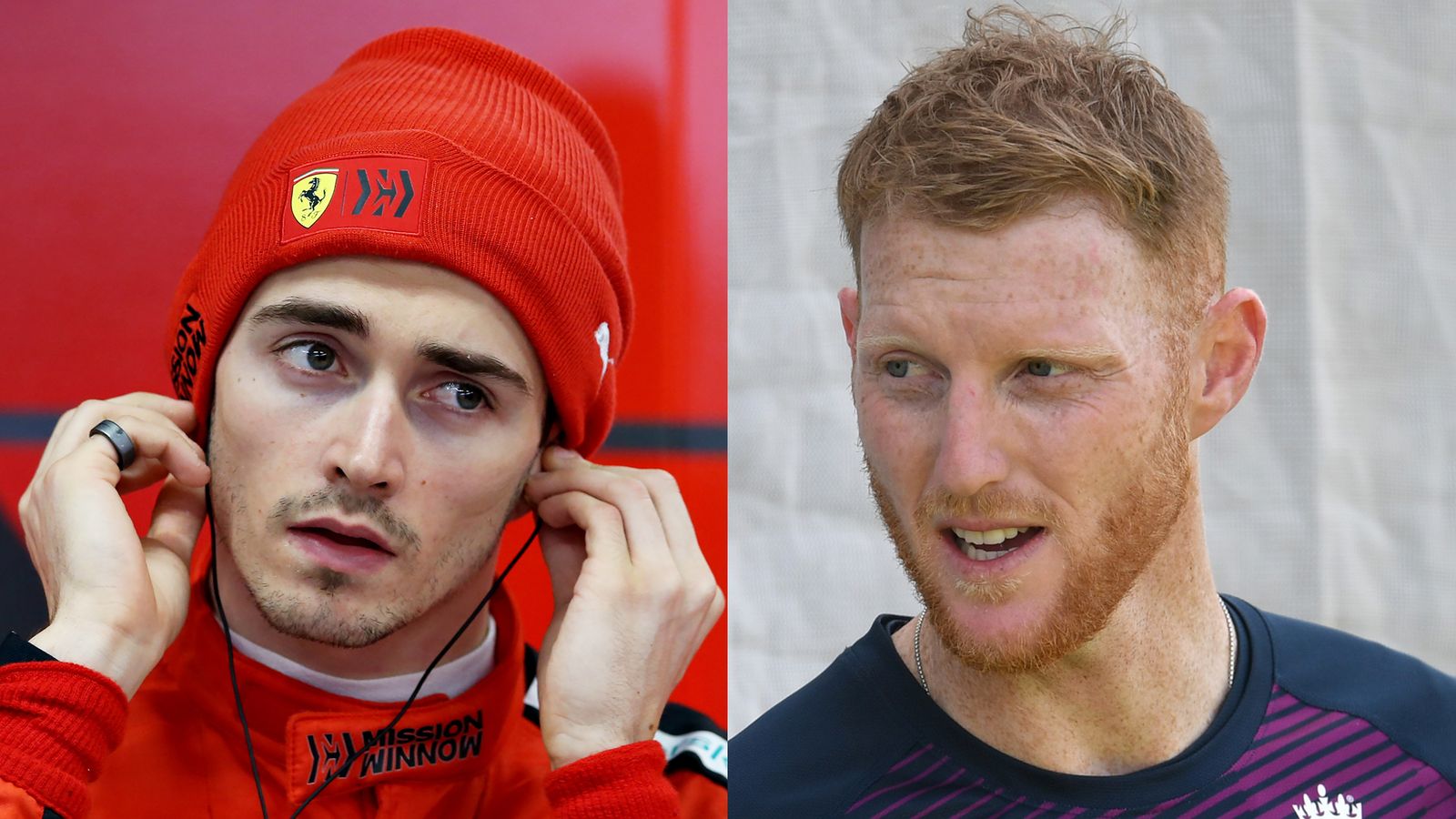 Five Formula 1 drivers – including Ferrari’s Charles Leclerc – will be racing in this weekend’s Virtual GP on Sky Sports , with England cricket star Ben Stokes also joining what is set to be a bumper Esports grid.
Leclerc, Alex Albon, Lando Norris, George Russell and Nicholas Latifi have all signed up for Sunday night’s race, which is the second of the F1 Esports Virtual Grand Prix series following an entertaining debut Bahrain event.
Stokes, England’s superstar cricket all-rounder, will also put his skills to the test online as he races for Red Bull against other celebrities and ex-F1 drivers, including Sky Sports F1’s Johnny Herbert and Anthony Davidson.— Ben Stokes (@benstokes38) April 2, 2020
The race, on the official 2019 F1 video game, will be live at 8pm on Sky Sports F1 and Sky Sports Main Event on Sunday , while it will also be live streamed on our YouTube channel.Virtual F1 racing: Time for Round Two
Chaos, crashes, and Johnny Herbert leapfrogging 15 other drivers to take the lead of the race.And that was just on the first lap of the Virtual Bahrain GP!
F1’s official virtual debut was a storming success as experienced drivers went head-to-head against a grid filled with racing streamers and celebrities – including golfer Ian Poulter and One Direction’s Liam Payne.
And the second race promises to be even more of a spectacle.

First Race of the year coming up this week-end ! I will do my first ever Virtual Race this week-end organised by @F1 , and I like this line up đ @arthur_leclerc7 pic.twitter.com/6r5Fenzyil — Charles Leclerc (@Charles_Leclerc) April 2, 2020
Stokes, meanwhile, a Red Bull athlete, will be slotting in for Max Verstappen as Albon’s team-mate.