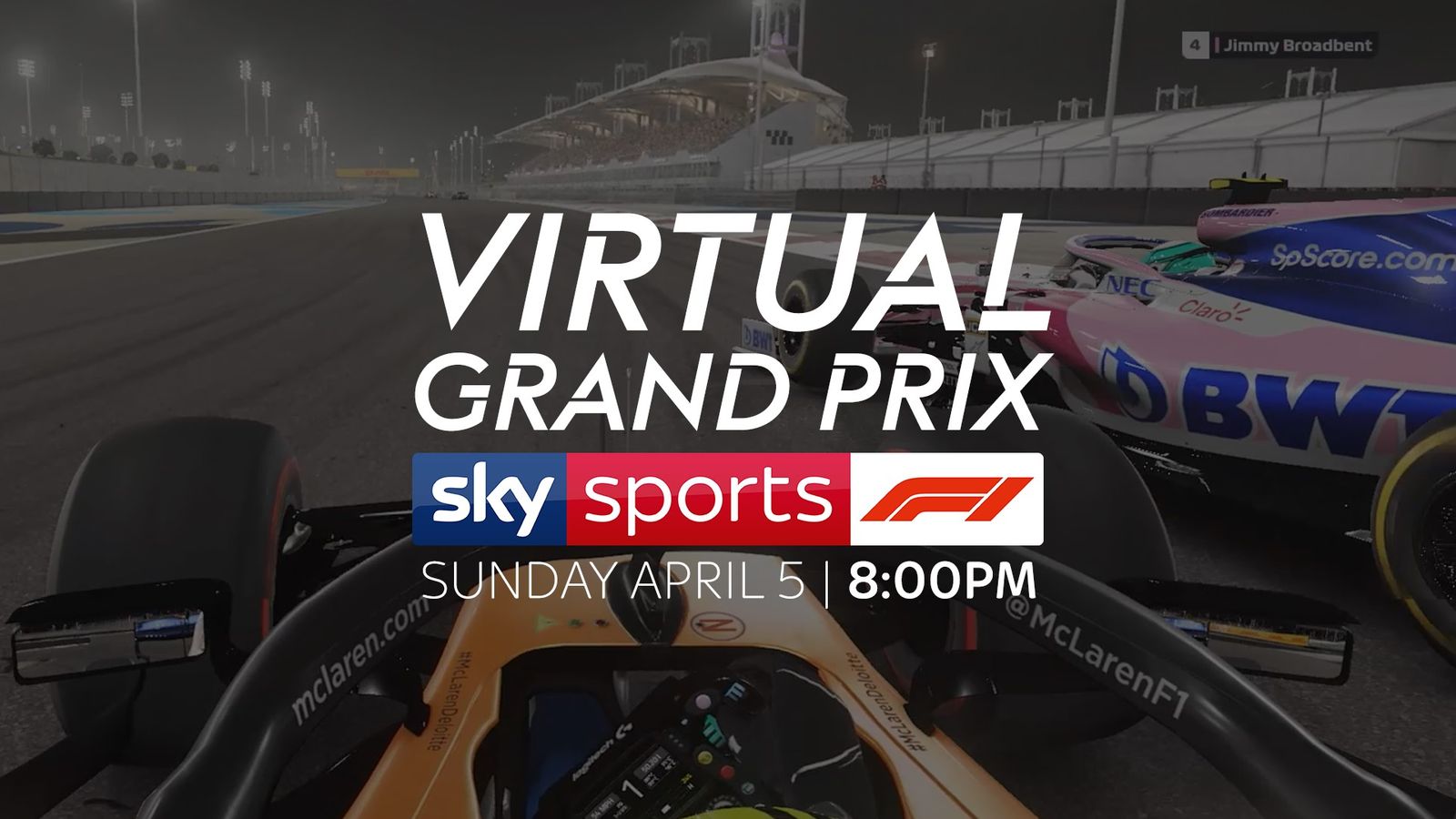 All 20 cars are configured so that they are all the same speed, while drivers will also all have the same fixed car setups.

That means a Williams can, on paper, easily overtake a Mercedes.Renault, without an official F1 race victory since 2008, won the Virtual Bahrain GP.
F1 have also attempted to level a mixed playing field by configuring the game settings to “encourage competitive and entertaining racing”.This includes reduced vehicle damage, and optional anti-lock brakes and traction control for those less familiar with the game.
Practice can make perfect, too.Seven F1 drivers, past or present, entered the debut race a fortnight ago, but only one of them – Stoffel Vandoorne – finished in the top three.

Norris will be in action again for McLaren, while George Russell and Nicholas Latifi will be involved, meaning Williams’ Esports line-up mirrors that of their F1 2020 team.Charles Leclerc and Ben Stokes will take part in a virtual GP
Alex Albon will be in the Red Bull, with the British-born Thai driver partnered by none other than England cricket star Ben Stokes – who is taking the place of Max Verstappen for this one.No pressure!
Sky F1’s Herbert and Anthony Davidson will also be involved again, while F1 say more names will be confirmed in the coming days before the race.
Watch this space! Why are they racing in Australia?
While the plan for the Esports series was to mirror the corresponding event from the F1 2020 calendar – the Virtual Bahrain GP took place on the same day as the ‘real’ Bahrain GP was due to happen, for instance – that was not possible this weekend.That’s because the Hanoi track which was supposed to host the inaugural Vietnam GP on the F1 calendar on Sunday, is not available on the 2019 F1 game.
That means they are racing ‘at’ Albert Park – which is handy as they missed out on racing there in the F1 2020 season-opener.