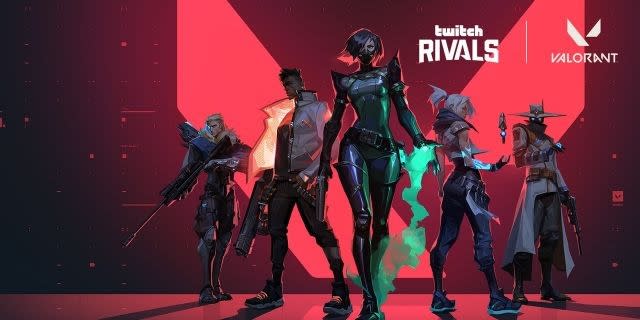 Twitch and Riot partnered for an April 3 ‘Valorant’ event More He placed second at the Fortnite World Cup Solo Finals in July 2019, but Harrison Chang, the US “Fortnite” player better known as Psalm, is moving over to new game “Valorant.”
Riot Games, best known for its pivotal eSport title “League of Legends,” is preparing to launch “Valorant” with a sequence of high-profile live streams and a beta test giveaway.
The tactical, two-team shooter is looking to take on military-aesthetic “Counter-Strike: Global Offensive,” made by Steam store owner and operator Valve, and colorful character-based “Overwatch,” from Blizzard Entertainment of “World of Warcraft” fame.
It’s one of several new games from Riot, along with auto battler “Teamfight Tactics,” digital card game “Legends of Runeterra” and the studio’s flagship mobile adaptation “League of Legends: Wild Rift.”
For “Valorant,” Riot has not only been harnessing the power of online influencers, much like “Apex Legends,” “Borderlands 3” and “Call of Duty: Warzone” did before it, but also the eagerness of genre fans to get into an early access beta test.
Prospective beta testers can get involved by linking their Riot accounts to livestreaming service Twitch for a chance at receiving a valid code as they watch Riot’s first round of testers play the in-development title.
The promotional push led to a peak of 967,746 viewers taking a look at “Valorant” highlights on Friday, April 3, a Twitch-wide high for the last five months.
The new game is attracting not only viewers but also professional esports players, with Psalm the latest to change focus.
Having won $1.8m USD for placing second at 2020’s inaugural Fortnite World Cup, Harrison Chang announced that he has his eyes set on Valorant.
My dream is to be the most decorated competitor in gaming history.I have my eyes set on @PlayValorant next.
Thank you @FortniteGame for everything.I was given the chance to achieve what only few have had the pleasure of accomplishing.
“Dedication sees dreams come true.”
KB
— psalm (@psalm) April 5, 2020 “My dream is to be the most decorated competitor in gaming history,” he wrote.”I have my eyes set on [Valorant] next.”
As Chang detailed in a post from the end of 2019, his accomplishments predating “Fortnite” fame include high-ranking status in “Overwatch,” “CS:GO,” “League of Legends” and “Heroes of Newerth.”
Not even a week before, Jake Brumleve (aka Team Liquid’s Poach) had said that he was “stepping away from ‘Fortnite,'” citing his own enjoyment and its competitive direction.
Stepping away from Fortnite
Read: https://t.co/Q1HxOArA4f
— POACH (@Poach) March 31, 2020 “For the future I hope I find what I’m looking for in Valorant, I have high hopes for the game and am very motivated to stream and try and compete,” he wrote as part of an extended tweet..