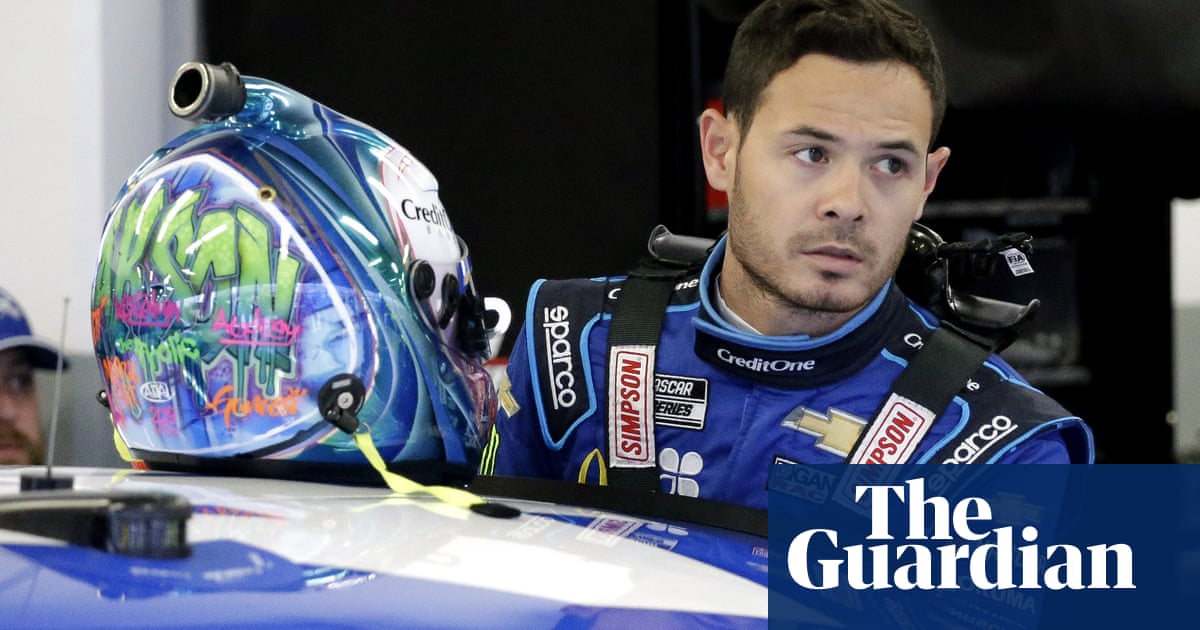 Nascar suspends Kyle Larson after driver uses N-word during virtual race Twenty-seven-year-old used racial slur during live online broadcast Driver posts apology on social media for outburst Kyle Larson: ‘I wasn’t raised that way.It’s just an awful thing to say.’ Photograph: Terry Renna/AP @giles_richards Published on Mon 13 Apr 2020 18.18 BST Kyle Larson has been suspended without pay by both Nascar and his team, Chip Ganassi Racing, after using a racial slur during an esports event on Sunday.Larson is currently seventh in the drivers’ championship.But with racing across the world suspended during the Covid-19 pandemic, he was taking part in an online competition called Monza Madness, organised by fellow driver Landon Cassill on Sunday night.

Larson was streaming his participation live on Twitch when he appeared to lose communication on his headset.

The 27-year-old then said to his spotter, “You can’t hear me?” before following up his question with the N-word.

There was immediate shock and outrage from his fellow drivers.Anthony Alfredo reminded Larson that viewers could hear his comments: “Kyle, you’re talking to everyone, bud,” said Alfredo.On Monday, Ganassi issued a statement suspending Larson.“We are extremely disappointed by what Kyle said last night during an iRacing event,” read the statement.“The words that he chose to use are offensive and unacceptable.As of this moment we are suspending Kyle without pay while we work through this situation with all appropriate parties.” Nascar reacted shortly afterwards, indefinitely suspending Larson.

“Nascar has made diversity and inclusion a priority and will not tolerate the type of language used by Kyle Larson during Sunday’s iRacing event,” the statement said.“Our Member Conduct Guidelines are clear in this regard, and we will enforce these guidelines to maintain an inclusive environment for our entire industry and fan base.” — Kyle Larson (@KyleLarsonRacin) April 13, 2020 Larson has since apologised in a video posted to social media.“I just want to say I’m sorry.Last night I made a mistake and said the word that should never, ever be said,” he said.

“There’s no excuse for that.I wasn’t raised that way.It’s just an awful thing to say.I feel very sorry for my family, my friends, my partners, the Nascar community and especially the African-American community.

I understand the damage is probably unrepairable, and I own up to that.But I just want to let you all know how sorry I am, and I hope everybody is staying safe during these crazy times.Thank you.” Larson, whose mother is Japanese American, is a graduate of Nascar’s Drive for Diversity programme, which is intended to promote wider participation in the sport.He has won six races in his eight years in the Nascar Sprint Cup series and was rookie of the year in 2014.

There has been a proliferation of esports competition since racing was suspended earlier this year, and Larson is not the first driver to find himself at the centre of controversy.Last week Bubba Wallace was dropped by a sponsor after he “rage quit” during a race being broadcast live on Fox Sports.“That’s why I don’t take this shit serious.Peace out,” he said before exiting.Ben Blessing, an executive from Wallace’s sponsor, Blue-Emu, condemned the driver’s behaviour.

“We aren’t sponsoring Bubba any more,” he said.“Can you imagine if he did that in real life on a track? You find out that you aren’t sponsoring a Nascar driver, you are sponsoring someone like my 13-year-old son who broke his controller playing some game where he builds houses.” Topics.