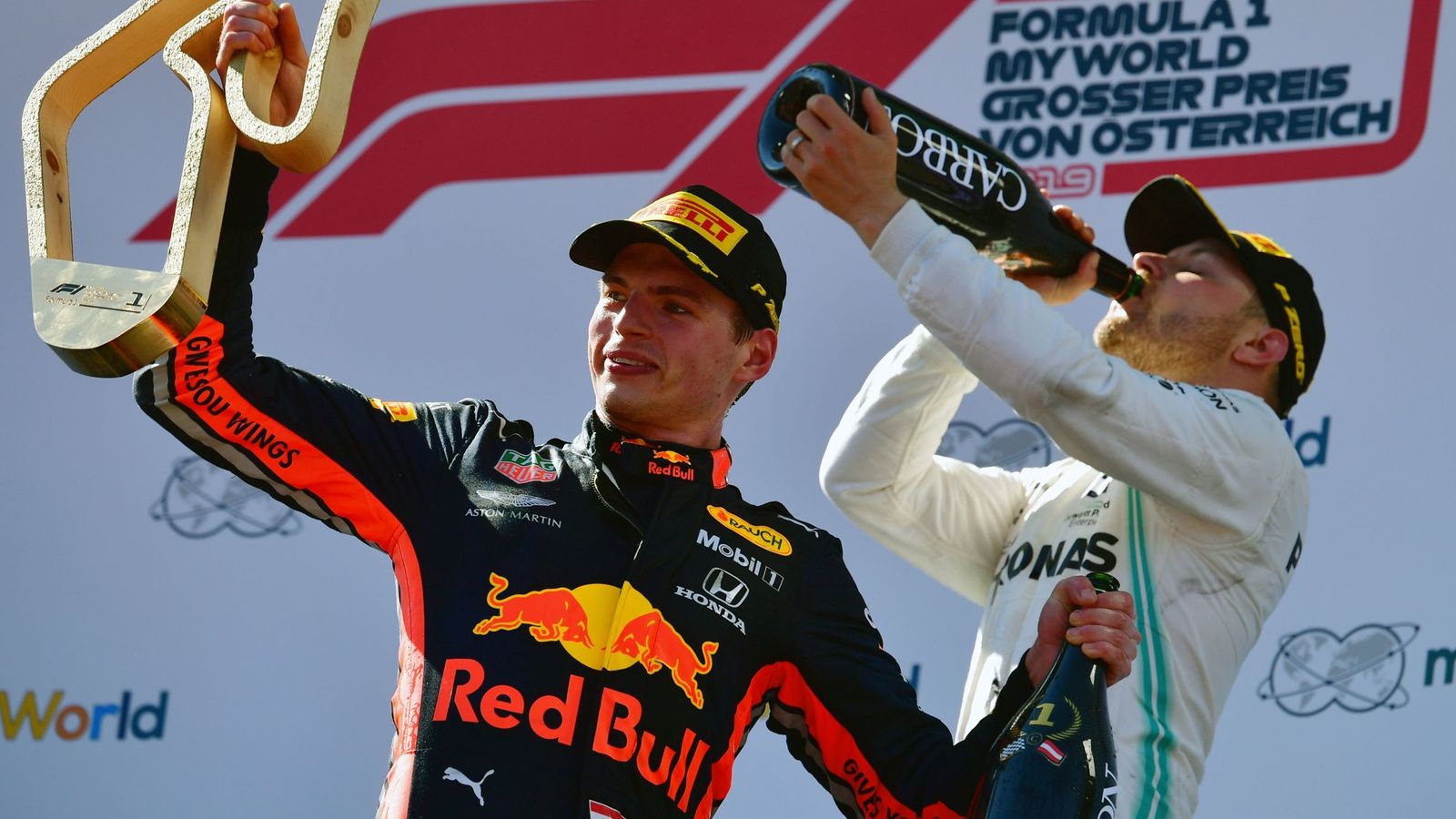 The prospect of starting the Formula 1 season with a behind-closed-doors July race in Austria is “absolutely feasible”, according to Red Bull boss Christian Horner – one of the guests on the latest Sky F1 Vodcast.
Horner, along with McLaren driver Carlos Sainz, joined Jenson Button, Ted Kravitz and Simon Lazenby for a chat on all-things F1 – and in particular when and how the season could start, with the first nine races of 2020 already called off due to coronavirus.Button: Hamilton, Max among best I’ve raced
The campaign’s first stated race is currently the French GP on June 28, although there are huge doubts over that due to France’s restrictions on public events.There is more optimism about the Austrian GP, however, which is set for a week later on July 5.
The race could take place without fans in attendance – as Ross Brawn revealed to Sky F1 last week – and Horner, whose Red Bull team own the Spielberg track, backed that notion and confirmed discussions.
“The Red Bull Ring is a ready-made facility, it can be ready in a very short period of time to fit the FIA’s criteria,” said Horner.”The prospect of being able to run a race behind closed doors is absolutely feasible.” 1:25 F1’s managing director of motorsports Ross Brawn tells Sky F1 that the 2020 season could start without fans in attendance.F1’s managing director of motorsports Ross Brawn tells Sky F1 that the 2020 season could start without fans in attendance.
He added: “I think there is going to be a staged route back into full-on Grands Prix and there are certain circuits they’re talking about, crowdless events, potentially just focusing on TV with limited numbers of people, limited operative staff there as a way to get the championship going.
“Football and other sports are also considering the same route.Of course in Formula 1 there is more distance between the competitors, they’ve got helmets on etc, so there is that natural distancing as well.
“It’s something that Austria [promoters] and Red Bull are looking at but of course they’ve got to work with the local authorities and governments.And so at the moment it’s just under discussion.” Red Bull backing 18-race season
Horner also agreed with Brawn’s assertion that F1 could still hold an 18-race championship if the season does start in July.
“There’s still a confidence that we can get 18 races in between the start of July and the end of the year and that will be a flat-out championship,” stated the Red Bull boss.
“It’s going to be tough, but I think when we do get going it’s going to come thick and fast and it will be a mighty challenge.” Sainz on isolation, Esports and more
Sainz, the McLaren star who finished sixth in the championship last season, was also on the Vodcast and discussed several topics, including: His lockdown goals in Madrid, including learning economics, and his fitness classes for family Why he hopes team-mate Lando Norris grows his hair out again…Wanting to join in on the Virtual GPs Why F1 drivers will be in “pain” if season starts without more testing Why a condensed season could mix up the results 33:05 Former world champion Nico Rosberg selects his favourite features from Sky Sports F1 in another ‘At Home With’ special.

Former world champion Nico Rosberg selects his favourite features from Sky Sports F1 in another ‘At Home With’ special.And that’s not all on the latest Vodcast
Horner spoke at length about F1 outfits joining together to make sure all teams “survive”, why Red Bull believe the rules regulations – planned for 2021 – should be pushed back to 2023, and the cost-cap reduction debate.
“The regulations are what drive your cost,” added Horner, after McLaren CEO Zak Brown’s comments on the subject last week.

“Should all teams have the same cap?” Also See:.