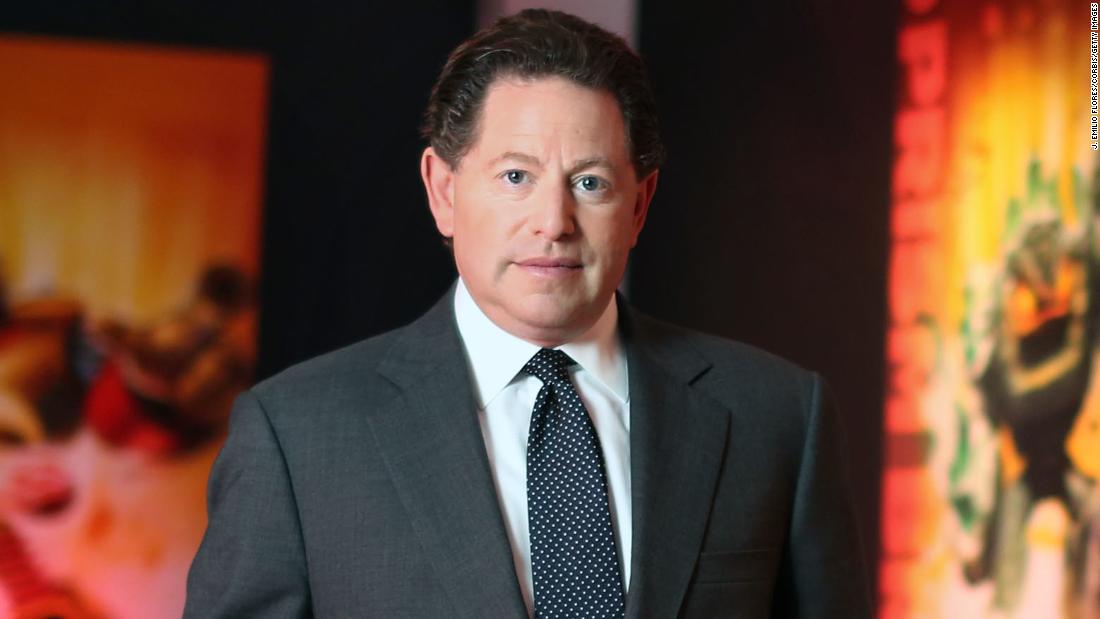 New York (CNN Business) Activision Blizzard CEO Bobby Kotick is using the coronavirus pandemic to (safely) get closer to his employees.
Kotick revealed Tuesday that he gave out his personal phone number to 10,000 workers and said he “encouraged every single employee that has a concern that relates to their health care” to contact him.A “few hundred” have reached out so far, he told CNBC.Kotick said that luckily only a “small number” of the video game-maker employees have contracted Covid-19 .He’s using the pandemic to bolster the company’s health care options, including making private doctors available, paying for some employee drug co-pays, and offering telehealth options .Similar to other companies, Activision Blizzard ( ATVI ) is letting employees work from home .Kotick said that will continue for the “foreseeable future” and the collaborative spirit among its global offices has made it a seamless transition.

“I don’t think we’ve had the same challenges from a work from home perspective as other companies, but people are feeling the isolation, frustration and anxiety,” Kotick admitted.He doesn’t envision life returning back to normal until there’s a low cost, widely available vaccine and testing.Read More The pandemic is creating huge challenges for esports Activision Blizzard makes popular video games, like Call of Duty and World of Warcraft.He said that video game production “remains on track for now.” To ensure there isn’t much disruption between the transition from office to home, the company is paying for higher broadband speeds and new equipment if needed.The company’s business has struggled over the past year because of rising competition and popularity from Fortnite .Activision Blizzard announced last year that it was cutting 8% of its workforce and took a $150 million charge in order to de-prioritize games that aren’t doing as well.

Still, Activision’s fourth-quarter results beat the company’s outlook and analyst expectations, buoyed by the successful launch of “Call of Duty: Mobile.” The stock is up more than 8% this year.How CEOs are responding to the pandemic CEOs vary in how they’ve responded to the pandemic.A number of CEOs and other top executives have announced they’re taking pay cuts , for example.Others have donated large sums of money toward Covid-19 research.