HomeEsportsF1 needs at least 14 races for a competitive championship – Rosberg 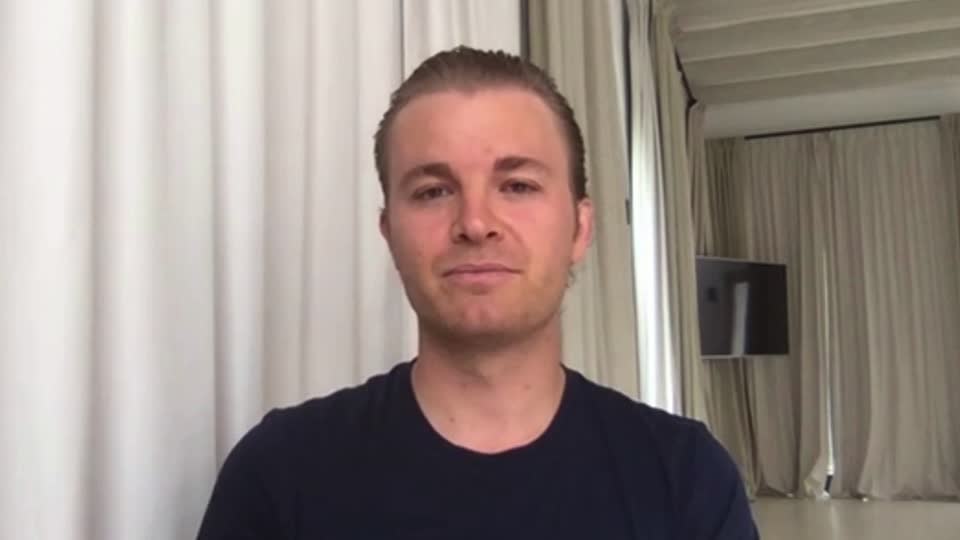 F1 needs at least 14 races for a competitive championship – Rosberg

F1 needs at least 14 races for a competitive championship – Rosberg Reuters Videos 15 April 2020 SHOWS:
IBIZA, SPAIN (APRIL 15, 2020) (REUTERS – ACCESS ALL)
1.(SOUNDBITE) (English) 2016 FORMULA ONE WORLD CHAMPION, NICO ROSBERG, SAYING:
“Regulation wise I believe it says that it needs to be more than eight races but eight would be really….that’s not a lot.So I would love to see if it is eight-race weekends I would love to see eight double headers at the very least so we get 16 races because statistically of course the less races you have the more likely that it is an outsider is going to be world champion.If the favourite like Lewis Hamilton has a stroke of bad luck that could really switch things round which is not great because for a championship you want to take away luck as much as possible so you want to have it as wide and as big as possible.So, eight double headers I think might be enough and if not maybe 14-15 single races would be great.”
2.WHITE FLASH
3.

(SOUNDBITE) (English) 2016 FORMULA ONE WORLD CHAMPION, NICO ROSBERG, SAYING:
“But as a fan any race is just, I mean I’m just going to be happy because I would love to watch some racing now being stuck at home and I’m sure every Formula One fan around the world is going to have the same opinion.But F1, particularly with Ross Brawn leading the charge from a sporting side, he’s the smartest technician that the sport has ever seen and he’s applying all that intelligence now for the good of the sport so he’s going to come up with some great solutions, he’s very respected by all the teams so whatever solutions he proposes I think everybody is going to listen to.So, we can be very hopeful as well from that point of view.”
4.WHITE FLASH
5.(SOUNDBITE) (English) 2016 FORMULA ONE WORLD CHAMPION, NICO ROSBERG, SAYING:
“The best way to survive is to join forces and that’s the only way to survive because if you have different minds doing their own thing the everything will collapse so also in the sport.And we have seen that, everybody trying to join forces.We’ve still seen a couple of the top teams playing hard to get and playing difficult.

They need the smaller teams to be able to have a sport.

So, you need to care about the smaller teams and cost cutting is of the highest urgency there.So, we’ve seen that they’ve dropped the budget cap by tens of millions already and they’re looking to drop it further.They’ve also removed the whole new regulations coming in and they’ve postponed it till 2022, which again is going to save a lot of money to all the teams and so that’s been wonderful to see how they’ve come together in an attempt of course for the benefit of the sport and for the benefit of the fans in the end.”
6.WHITE FLASH
7.

Can you imagine that is mentally not going to be easy.

Of course, even there there’s a lot worse than that earning money for doing a spinning bike in the bathroom, you know, of course in the grand scheme of things that’s still a very fortunate situation because we know that a lot of people are struggling with their health and really suffering but still for sports people that’s tough and you have to be creative, and you need incredible determination to keep your fitness levels up in such a difficult circumstance.In F1 it’s a little bit easier because nobody can train in F1, nobody can practice their car driving.So, it’s really the same for everybody and all you can do is stay fit, which is a little bit easier.

I would become very creative as well and I would try to do a lot digitally to keep my senses active.I know a lot of them are doing some esports.I would definitely have done a lot of esports because it’s difficult to know but it’s surely not going to be a negative to keep training my brain to react at high speed at things that are coming at me in a racing environment – I know it’s not the same but I think it’s not a negative so I would have done a lot of that and it’s quite nice to see as well how esports has such a boom now.I’ve been watching some of the races and it’s incredible firstly how real it looks and secondly how entertaining it is.It really is fun to watch, you can enjoy it so there’s a great future for esports and that’s another big, big area which has benefited from this crisis and it’s going to keep going I think afterwards.It’s not going to be a total collapse again.”
Story continues BRIXWORTH, ENGLAND, UNITED KINGDOM (FILE – OCTOBER 11, 2016) (REUTERS – ACCESS ALL)
8.NICO ROSBERG CHEERING WITH MERCEDES STAFF AFTER THE TEAM WON THE 2016 FORMULA ONE CONSTRUTORS’ CHAMPIONSHIP
9.

VARIOUS OF LEWIS HAMILTON, ROSBERG AND MERCEDES STAFF HOLDING UP PLACARDS, READING: “#THETRIPLE”
10.HAMILTON, ROSBERG AND MERCEDES STAFF THROWING THE PLACARDS UP AS CONFETTI IS FIRED INTO THE AIR
WIESBADEN, GERMANY (FILE – NOVEMBER 30, 2016) (REUTERS – ACCESS ALL)
11.VARIOUS OF ROSBERG TAKING SELFIES WITH FANS AND SIGNING AUTOGRAPHS
12.VARIOUS OF ROSBERG HOLDING UP FLAG IN THE CROWD
SILVERSTONE, ENGLAND, UNITED KINGDOM (FILE – FEBRUARY 14, 2020) (MERCEDES VNR – ACCESS ALL)
13.HAMILTON LOOKING AT HIS MERCEDES CAR WITH AN ENGINEER
14.

CAREY SPEAKING TO MEDIA (NOT A SOUNDBITE)
LONDON, ENGLAND, UNITED KINGDOM (FILE – JULY 11, 2017) (REUTERS – ACCESS ALL)
31.CAREY SPEAKING TO MEDIA AT PREMIERE FOR THE DOCUMENTARY FILM, “WILLIAMS”
GENEVA, SWITZERLAND (FILE – JUNE 20, 2017) (REUTERS – ACCESS ALL)
32.CAREY SPEAKING ON STAGE AT THE FIA SPORT CONFERENCE
33.VARIOUS OF CAREY TALKING TO JOURNALISTS
SILVERSTONE, ENGLAND, UNITED KINGDOM (FILE – MARCH 3, 2020) (REUTERS – ACCESS ALL)
34.FORMULA ONE MANAGING DIRECTOR FOR MOTORSPORT ROSS BRAWN AT PROMOTIONAL EVENT
35.BRAWN POSING FOR PICTURES
36.BRAWN SIGNING DOCUMENT
STORY: Formula One will need at least 14 races and ideally 16 in order to have a competitive championship once the season resumes following the COVID-19 crisis, according to Nico Rosberg.
The 2016 world champion told Reuters on Wednesday (April 15) that he would like to see eight double-header weekends to guarantee 16 races and avoid any champion being crowned by luck.
Rosberg also believes all the F1 teams need to work together for the sport to survive the coronavirus pandemic and the subsequent shutdown of the sport
McLaren boss Zak Brown warned earlier this month that up to four of the 10 teams could disappear if the situation was not handled correctly.
Rosberg said Formula One would cease to function if the sport did not have the 10 teams insisting that all of the bigger teams needed to play their part for the better good of F1.
Five British-based teams have furloughed staff in response to a global pandemic that has stalled the season.
Formula One teams rely on their share of the sport’s revenues, which come mostly from broadcasting deals, race hosting fees and sponsorship.
The opening race in Australia on March 15 was cancelled after a McLaren team member tested positive for the virus in Melbourne, with Monaco also axed and seven races so far postponed.
The sport hopes to start up in the European summer and is aiming for 15-18 races, possibly behind closed doors and potentially into the New Year.
Teams have agreed on a $150 million budget cap for 2021, still well above what some smaller teams spend but significantly less than Mercedes, Ferrari or Red Bull operate on.
There is a push for a reduction to $100 million but Ferrari, who like Mercedes sell their engines to other teams, are reluctant to go that far and want the cap to reflect the investment they have to make.
Formula One has taken other measures already to help teams get through 2020, postponing major rule changes from 2021 to 2022 with teams using the same cars next year as this.
The teams are currently on a factory shutdown, with the August break cancelled to allow maximum flexibility for rescheduling
Rosberg said this was a difficult time for all athletes, not just F1 drivers and he added if he was still competing, he would be doing a lot of esports.
The virtual racing has flourished during the pandemic with many drivers taking part in online races which are trying to fill the void for the sport, the drivers, fans and broadcasters.
(Production: Tim Hart).