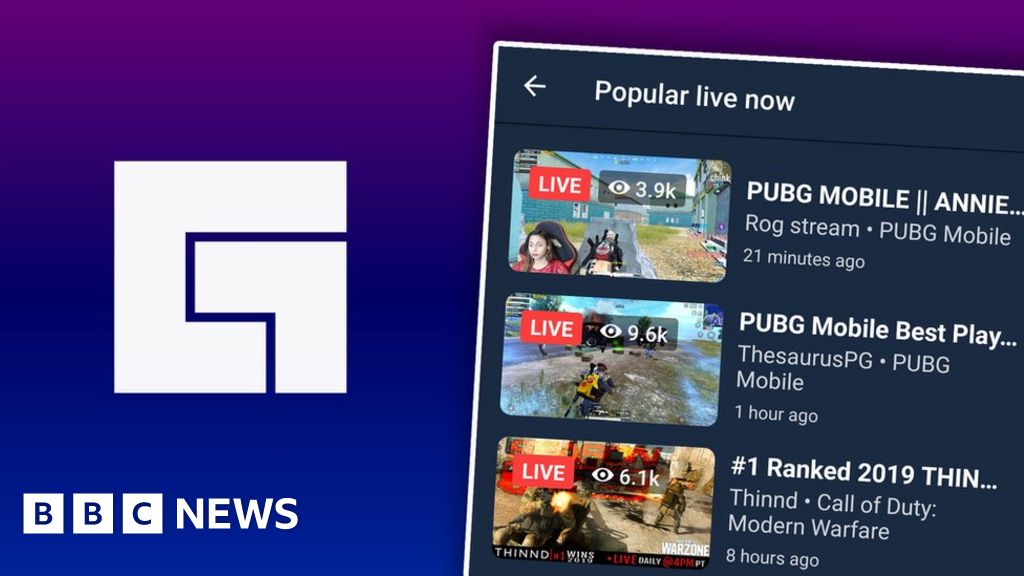 Facebook reveals Gaming app to rival Twitch and YouTube 20 April 2020 These are external links and will open in a new window Close share panel Image copyright Facebook Image caption The Facebook Gaming app provides access to gaming streams, but none of Facebook’s other content Facebook has launched a dedicated gaming app earlier than planned, in its latest attempt to grow its presence in the online gaming world.
Facebook said the “accelerated” launch was a direct response to the Covid-19 lockdown.
The app lets users follow high-profile gamers, watch live gaming streams and leave comments without interacting with the rest of Facebook.
It also lets gamers broadcast their own smartphone screen.
While Facebook remains the largest social network on the planet, it has struggled to compete against dominant players Twitch and YouTube when it comes to games streaming and esports.
Competition in the space is heating up, with Microsoft’s Mixer and YouTube funding players and franchises in recent months.Gaming only
Until now, Facebook’s gaming brand been accessible as a tab inside the main Facebook app, and as an independent website.
The company said the stand-alone app was “a focused, gaming-only experience for people who want deeper access”.
The app, which has been tested in Asia and Latin America for about a year and a half, launched on the Google Play app store on Monday.A version for Apple’s iOS is still to follow.
In common with rival apps, users can follow streamers and comment on live gameplay, and also interact with Facebook groups about individual games.
But Facebook’s app also lets people play games from the company’s “instant games” library from a tab inside the app, without installing the software separately.
Another feature is the ability to “go live” from the app and broadcast the smartphone’s display on Facebook.
The feature lets mobile gameplay be streamed directly without any extra equipment.YouTube has a similar feature available to channels with more than 1,000 subscribers.
Bringing all those functions together “helps it differentiate from other live streaming-only apps,” said Piers Harding-Rolls, Research Director for games at Ampere Analysis.
“Facebook’s approach is to democratise the streaming process, meaning any user can go live with a stream very easily.”
The approach may provide it with some advantages in markets where mobile gaming is much bigger – such as China and south-east Asia – he said.Image copyright Facebook Image caption The app lets people follow their favourite streamers or play Facebook games
Facebook says it had five million installations of the app during the 18-month test run in limited markets, and that more than 700 million people already interacted with its gaming products.
“The Facebook Gaming app is a prime example of gaming’s resurgence at Facebook over the last few years, and we’re just getting started,” said Vivek Sharma, vice president of Facebook Gaming.
But Mr Harding-Rolls warned that a dedicated app strategy “has its pros and cons”..