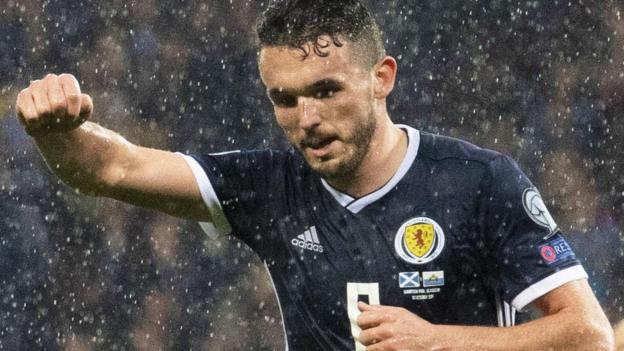 Scotland boss Clarke takes 10% pay cut
It’s unfamiliar territory for Scots, who have gone 22 long and painful years since their last appearance at the real thing, the World Cup.And with the Euro 2020 play-off against Israel unlikely to take place any time soon, this could be as good as it gets.
Each competing country consists of a Fifa player and one national team player, celebrity or ‘influencer’.
And if McGinn, who says he’s “proud to represent Scotland in any capacity”, and Marley are to avoid adding to their nation’s list of early exits, they’ll have to finish top of Central Region Group C.
The section has a distinctly UK flavour, with Scotland beginning their campaign on Tuesday with two-legged ties against Wales (16:00 & 16:40 BST) and Northern Ireland (17:20 & 18:00 BST) before facing Iceland on Wednesday (16:00 & 16:40 BST).
McGinn was electrifying when he last represented Scotland on the pitch, scoring six goals in three successive wins for Steve Clarke’s side.Let’s see if his esports form is up to the same standard..