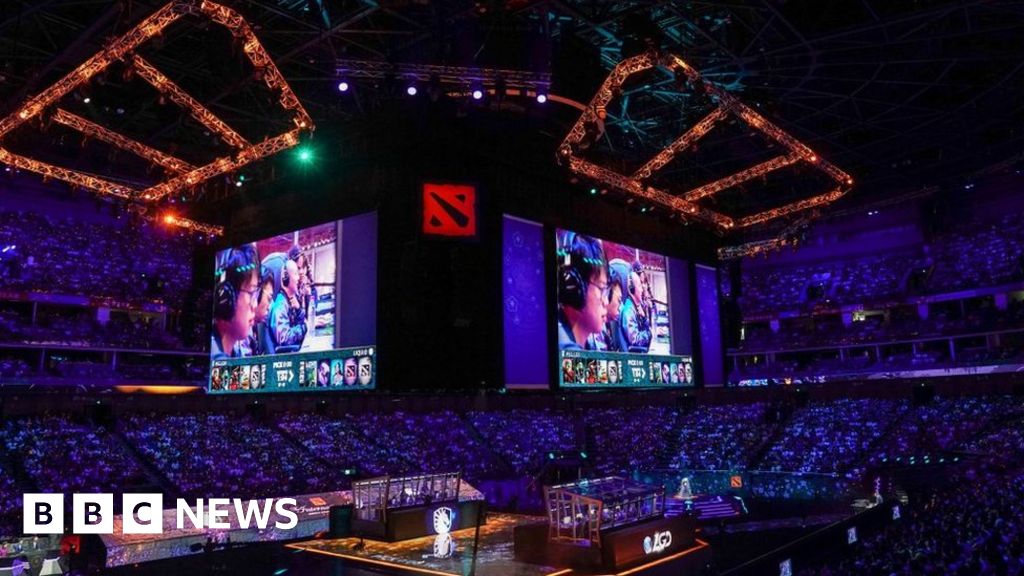 These are external links and will open in a new window Close share panel Image caption The International in 2019 One of the world’s biggest eSports events has been postponed until 2021.
The International, which awards huge cash prizes to the winners, was due to take place in Stockholm in August.
Last year’s tournament was held in Shanghai’s 18,000 capacity Mercedes Benz Arena with prize money totalling $35m (£28m).
The organisers say they will share more information “when we have it” but aren’t expecting to be able to set a firm date for a while.
Teams at The International compete in the game Defence of the Ancients – better known as Dota 2.
It’s an online combat game, where players control teams of heroes with special powers as they attempt to attack each other’s bases.Image copyright Getty Images Image caption The International attracts big crowds
The lockdown’s sometimes been seen as good for eSports.Apart from anything else, everyone has a lot more time for gaming.
But a lot of the revenue these games generate comes from huge live events like The International – think of the ticket sales alone.
Call of Duty and Overwatch eSports tournaments are managing to continue online at the moment, but that means they’ll be losing out on all the revenue gained by people actually coming to watch the action in person.
There’s also an argument that people play differently online and in-person – which might be one of the reasons The International seemingly wouldn’t consider moving its tournament online.
And given The International is seen as the pinnacle of eSports, an online tournament perhaps doesn’t have quite the same level of credibility.Image copyright Getty Images Image caption Europe-based OG won The International in 2019
For some smaller events though, the lockdown has helped eSports into the mainstream.
Veloce Sports co-founder Rupert Svendsen-Cook tells Radio 1 Newsbeat, “it’s probably fast-tracked things by about two years for us.”
As well as Fifa tournaments that have featured the likes of Real Madrid goalkeeper Thibaut Courtois, his company has teamed up with Formula 1 to hold virtual Grand Prixs.
These celebrity gaming events are very different to traditional eSports, where the world’s best gamers are competing against each other for millions.
But Rupert says tournaments like the ones his company are holding are introducing new faces to competitive gaming.
Formula 3 racer Jamie Chadwick would certainly agree.She told Newsbeat: “The eSports world had always been something I was kind of interested in.”
“Now with the situation the way it is, it was an obvious choice for all us racing drivers to turn to it.”
Follow Newsbeat on Instagram , Facebook , Twitter and YouTube .
Listen to Newsbeat live at 12:45 and 17:45 weekdays – or listen back here .Related Topics.