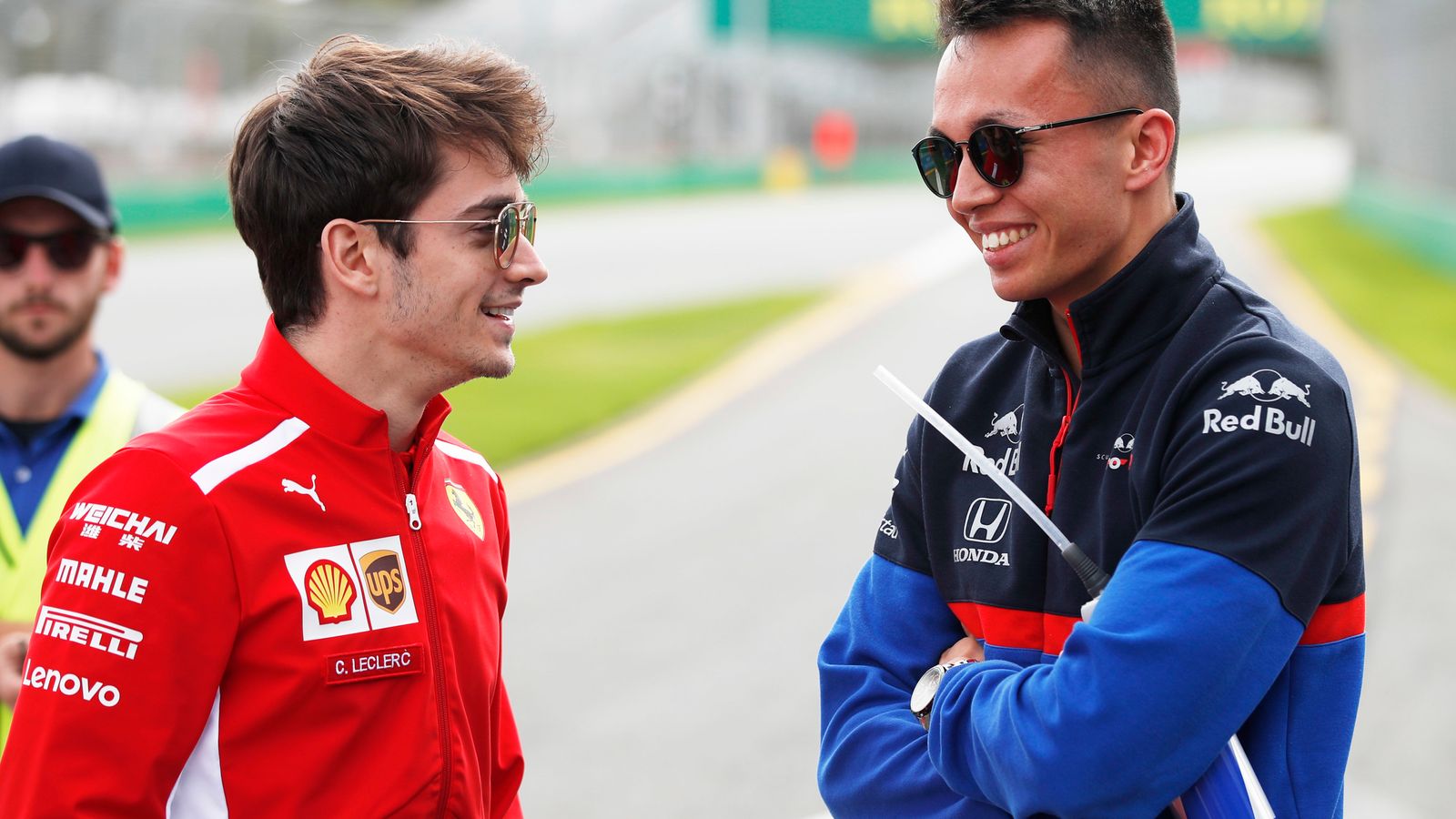 More to come in the next few days, GT Races, F1 races again and lawnmower races.

Yes, you read that right.— Charles Leclerc (@Charles_Leclerc) May 3, 2020
Russell steadily closed in on the top two once moving into the podium places midway through the 36-lap race and was rewarded with the runner-up finish after finishing within 3s of Leclerc.

P2 not too shabby after being 7 seconds or so down after the opening laps đ @Anto_Giovinazzi , we need to have some words bro!!! đđ pic.twitter.com/4S9FczbYTU — George Russell (@GeorgeRussell63) May 3, 2020 Who else performed strongly?
F1 champions Mercedes had started on pole position with Vandoorne – but their wait for a first Virtual GP success continues after the Belgian spun immediately after the start lights went out, hitting Russell and Ferrari’s Enzo Fittipaldi as he speared towards the wall.I need to stop getting Pole Positions, itâs bad karma for the race! đ đ đ Enjoy the lap âď¸ @MercedesAMGF1 @F1 pic.twitter.com/vv15TQPBEH — Stoffel Vandoorne (@svandoorne) May 3, 2020
However, Vandoorne then raced strongly from the back and beat team-mate Esteban Gutierrez to fourth.
Connection problems initially beset Lando Norris once again, meaning the McLaren driver did not take part in qualifying, but the Englishman was finally able to race without interruption and fought from last place to 10th – despite picking up several penalties on the way.2âŁ0âŁ âĄď¸ 1âŁ0âŁ — McLaren (@McLarenF1) May 3, 2020
Meanwhile, in the battle of the England cricketers, Ben Stokes was a commedable 13th on his second outing in the series, four places ahead of a debuting Stuart Broad.
“It was great fun,” said Stokes, the World Cup-winning all-rounder.”I took part in the one in Australia – which went horrendously – but today was good.
“Me and Stu were training together actually and as soon as we knew we were about to do the proper race it just completely throw all of that out of the window and we were both very, very nervous.” Also See:.