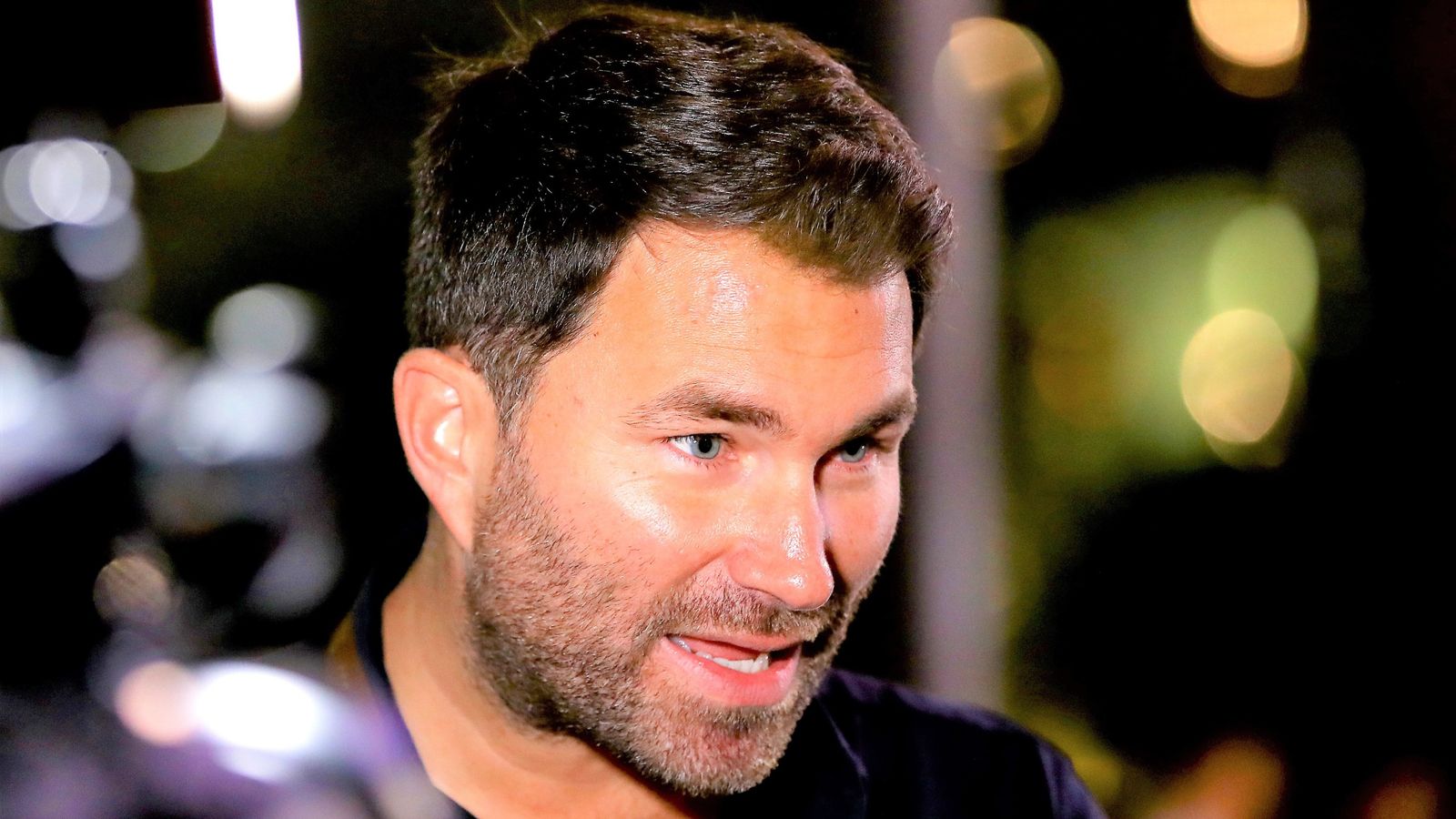 Promoter Eddie Hearn has revealed he has been in talks about the long-awaited return of a boxing computer game in 2021.
The Matchroom Boxing boss has been preparing for the return of the sport following the coronavirus, but away from planning the next 12 months for the likes of Anthony Joshua, Dillian Whyte and more, Hearn has reiterated his desire to deliver good news to gamers.
“I have no clue about gaming, but what I do have a clue about is trends, demand, social media and numbers,” Hearn told Sky Sports .
“Every time I talk about a boxing game, it goes berserk.I spoke to our friends at EA, they’re doing plenty on the UFC, so we’re talking to other game developers and I’m giving them my ideas.” RT if you want a new boxing game ðŸ¤” ðŸ‘€ — Eddie Hearn (@EddieHearn) April 15, 2020
Hearn received tens of thousands of replies on his Twitter account after he announced ideas for a new boxing game on a Twitter Q & A and the Matchroom promoter has since begun discussions with games developers.
“We’ve had meetings with major game software operators,” he said.”It’s something I know will work.I know the demand for it.

I understand EA is concentrating on UFC games, but other companies are interested and I think it’s really exciting.”
Hearn is also aware of the esports phenomenon, where thousands pack into stadiums to watch online football tournaments.
The ongoing pandemic has seen esports become the sporting highlight over the past few months, particularly in football and Formula 1.
Despite boxing being one of the biggest attractions in the sporting calendar, representation in computer form has been sporadic.
The last EA boxing game was released in 2011, Fight Night Champion .EA has since closed all online opportunities for boxing fans.It’ll be 2021 at the earliest, it’ll take time, but it’ll be worth the wait, I’m sure.Eddie Hearn
Creed: Rise to Glory was released in 2018, receiving mixed reviews, but fans might not have to wait too long for a new boxing game as a trailer has been released for the eSports Boxing Club, with Frank Bruno and Ricky Hatton believed to be included.
But Hearn remains determined to be involved in releasing his own version of a game in the not too distant future.

Also See: Pulev: AJ is afraid! I’ll ruin his Fury hopes.
He said: “I’m going to say it’s around the corner but we’ve held talks and there’s plenty of interest.It’ll be 2021 at the earliest, it’ll take time, but it’ll be worth the wait, I’m sure.”
You can hear more from Eddie Hearn in an extended interview on the Sky Sports Boxing YouTube channel.Trending.