HomeEsportsAguero vs Albon vs Leclerc in Sunday’s Virtual GP 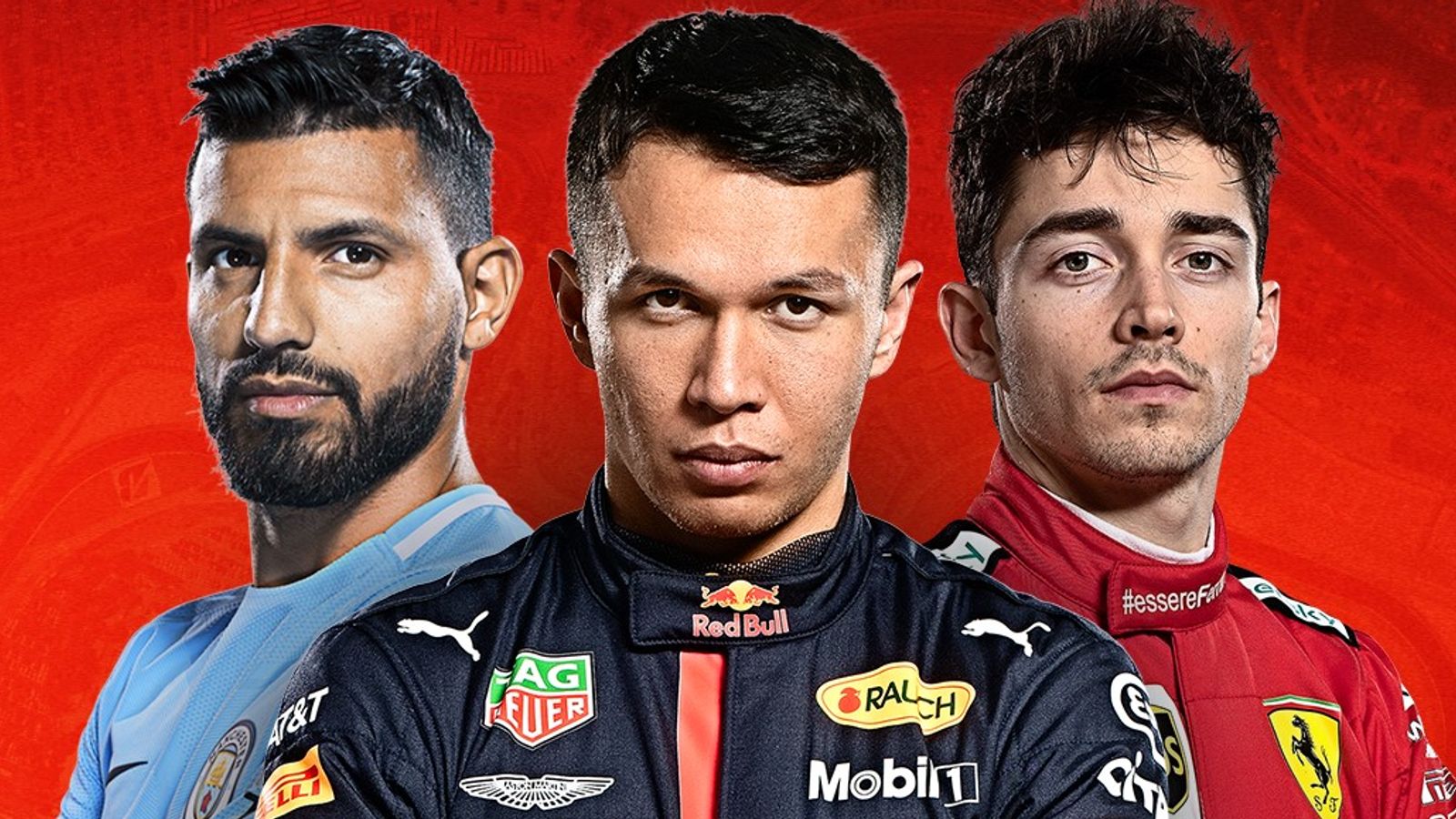 Aguero vs Albon vs Leclerc in Sunday’s Virtual GP

Sergio Aguero is among three football stars who will race against the F1 grid in this weekend’s Virtual Spanish GP on Sky Sports , as Alex Albon and Charles Leclerc get set to resume their gripping online rivalry.
Sunday’s race, the fifth of F1’s eSports championship, is taking place around Barcelona’s Circuit de Catalunya circuit, and will be live on Sky Sports Main Event, Sky Sports F1 and our YouTube channel at 6pm.
And Albon, the winner of an epic last encounter in Brazil, will have a new team-mate at Red Bull this weekend – Manchester City striker Aguero.How Albon beat Leclerc last time out
La Liga rivals Real Madrid and Barcelona will also be represented on the grid, with goalkeeper Thibaut Courtois returning to the series while Barca midfielder Arthur Melo will join Aguero in making his debut.
Six current F1 drivers have been confirmed for the event – Albon, Leclerc, plus Lando Norris, Antonio Giovinazzi, George Russell and Nicholas Latifi – as well as emerging stars and another sporting celebrity.
Golfer Ian Poulter will be racing for Renault, alongside British youngster Max Fewtrell.Grid for Sunday’s Virtual Spanish GP Mercedes Nicholas Latifi Time for Leclerc vs Albon, round III?
Leclerc and Albon – who are used to fighting at the top of the grid in F1 for Ferrari and Red Bull – have been locked in race-long battles for victories in both of the previous two Virtual GPs.
Leclerc came out on top ‘in’ China, while Albon got the better of his rival around Interlagos last weekend in a race that included lead changes on almost every lap.
“I was shaking afterwards,” admitted Albon.”I feel more scared driving a simulator than I do the real thing.
“The pressure was unbelievable!” 0:43 Alexander Albon secured his first eSports win after a scintillating battle with Charles Leclerc, who missed out on second place after George Russell beat him to the line in the Netherlands GP.

Alexander Albon secured his first eSports win after a scintillating battle with Charles Leclerc, who missed out on second place after George Russell beat him to the line in the Netherlands GP.
They’re set to go head to head again on Sunday night, while Russell – who completed the podium last weekend – and Norris – who missed out on qualifying at Interlagos – will also hope to be in contention.
As well as the six F1 drivers on the grid, and the young talent such as David Schumacher – the nephew of seven-time F1 champion Michael and son of Ralf – another name that will be familiar for racing fans is Vitantonio Liuizzi.
Liuizzi, formerly of Red Bull, Toro Rosso and Force India, is making his debut in the series.Also See: The Formula 1 Gossip Column Watch on Sky Sports F1, plus…
Coverage starts at 6pm on Sky Sports Main Event, Sky Sports F1 and our YouTube, with a short qualifying session followed by a 33-lap race around the track the F1 drivers are used to having tested there earlier this year.
And after that, we’ve got a special treat…Brand new unseen content coming this Sunday…ðŸ¤©ðŸ‘€Watch McLaren drivers @Carlossainz55 & @LandoNorris attempt to tackle @Circuitcat_eng whilst asking each other YOUR questions! ðŸ˜‚Carlos & Lando Special | Sky Sports F1 | Sunday 7:30 PM â�° #SkyF1 | #F1 | @McLarenF1 pic.twitter.com/aCbIdW3cS9 — Sky Sports F1 (@SkySportsF1) May 6, 2020 Trending.