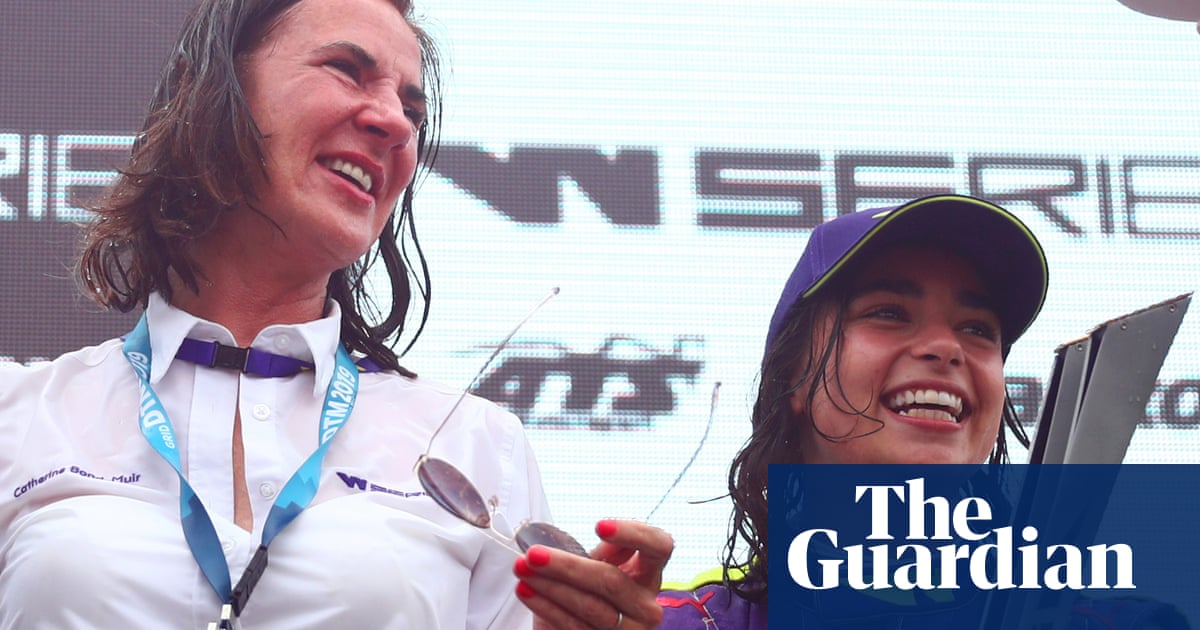 Muir said she is “very comfortable” with where the series stands.
“At the moment we do not benefit from gate receipts so we have never relied on that money in order to continue,” she said.“Obviously in F1 their biggest incomes are money from promoters and TV money, they need to race in order to get that.For the next couple of years we are not reliant on those income streams for our financial liability.We don’t have the same business model.Ironically, being such a nascent business as we are, that has advantages to us.”
W Series motor racing spreads its wings after outstanding debut season | Giles Richards Read more
The championship was scheduled to hold an expanded eight-meeting season this year with six races on the DTM bill before concluding with the final two at the US and Mexican grands prix.

However DTM remains in the process of assessing the potential for a new calendar as does F1, leaving W Series as yet able to confirm its plans.
DTM’s future is under threat.Last month Audi announcedit is to pull out of the sport at the end of the year, leaving BMW as the only manufacturer committed to the series.Muir, however, stressed that doubts about the viability of DTM are not of a major concern for the W Series.
“I just see opportunity, of where we can race and how we can race,” she said.“I don’t know where we are going to race next year but I am confident we can put deals in place to have a varied and exciting calendar.”
The W Series will also launch an all-female Esport championship featuring all 18 of the current drivers and including last year’s champion, Britain’s Jamie Chadwick , to begin within weeks.
Topics Motor sport news.